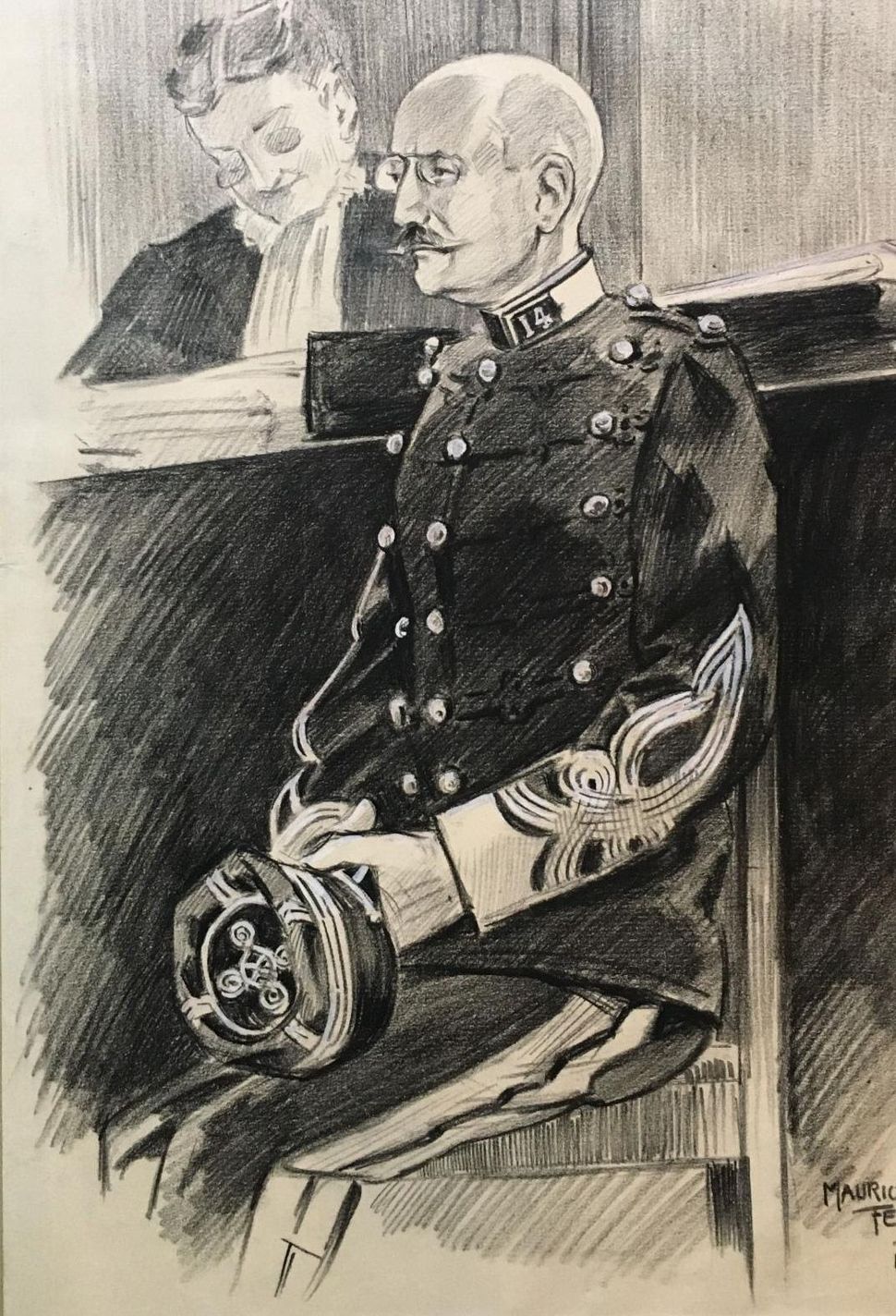 Alfred Dreyfus at the trial on August 12, 1899 ©mahJ. Courtesy of The Museum of Art and History of Judaism, ©mahJ

History fated Emile Zola and Alfred Dreyfus to forever be footnotes in each other’s stories.

Dreyfus, a military officer wrongly convicted of treason, sparked an antisemitism scandal that split French society into factions. Zola, the celebrated writer who penned the famed pro-Dreyfus open letter “J’Accuse,” would face legal trouble of his own for doing so. Now, dramatic courtroom sketches of their trials have been acquired by the Museum of Art and History of Judaism in Paris. 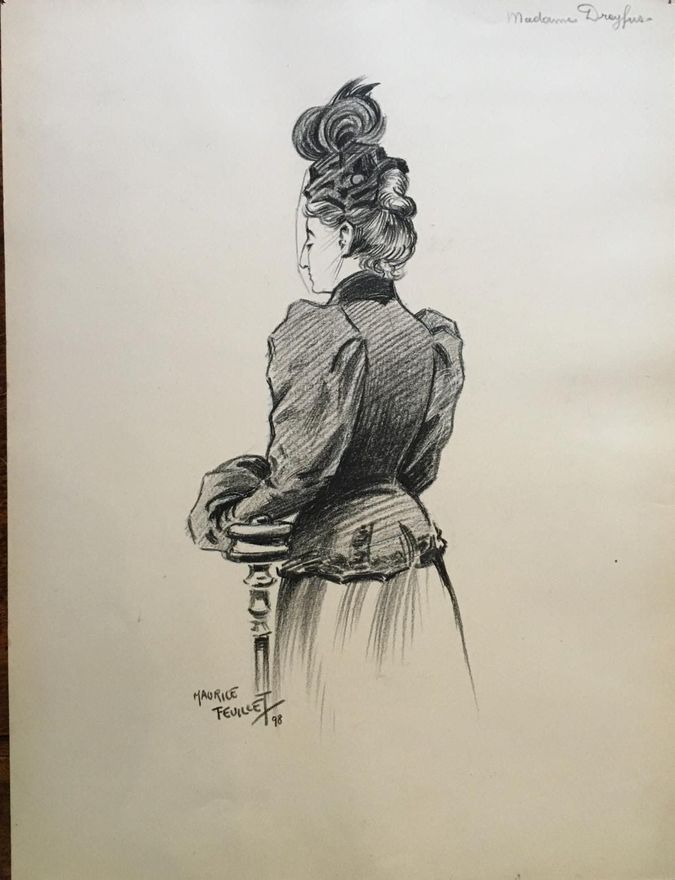 The Museum (known as “the mahJ”) purchased the over 200 sketches, by journalist Maurice Feuillet, for $60,000. They show a stoic Dreyfus in his 1899 appeal, hat in hand, and Zola, indignantly crossing his legs at his 1898 libel trial. The images reveal how two men of vastly different demeanors helped shape history — the first by facing the Army’s miscarriage of justice, the second by having the bravery to name it as such. Unlike many other sketches from the time, the Museum noted, Feuillet’s work is not marred by caricature. 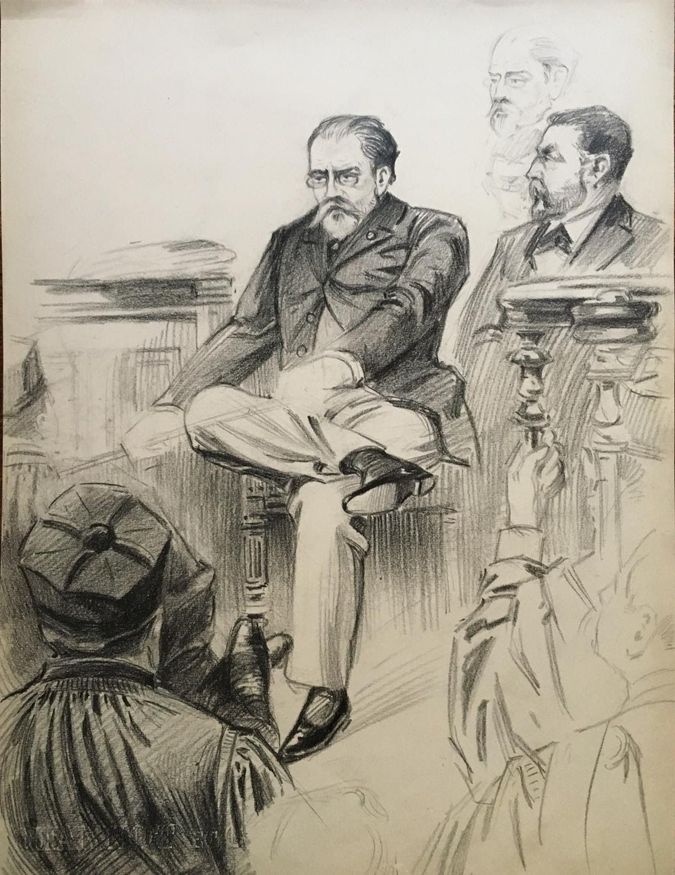 Emile Zola at his 1898 libel trial for writing “J’Accuse,” a condemnation of the French Army for pursuing Dreyfus Courtesy of The Museum of Art & History of Judaism, ©mahJ 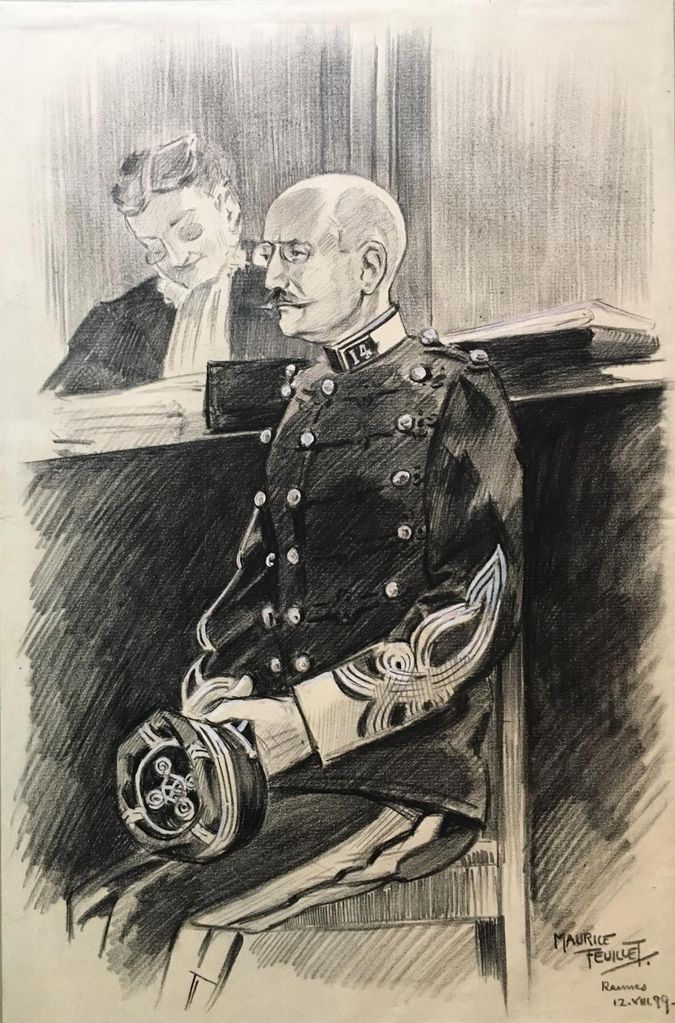 Alfred Dreyfus at his trial on August 12, 1899. Courtesy of The Museum of Art & History of Judaism, ©mahJ

The Dreyfus Affair’s momentous import still resonates. It was a partial impetus for Theodor Herzl’s Zionist vision and a prescient moment of France’s anti-Jewish attitudes some four decades before the Vichy regime. Numerous films have been made of the scandal, the most recent being “An Officer and a Spy” by convicted rapist Roman Polanski.

Critics lauded the film for its period detail and condemned Polanski’s equivalence of his plight and that of Dreyfus. For those who don’t want to support that work but are interested in the case, the courtroom images are evocative and true to life.