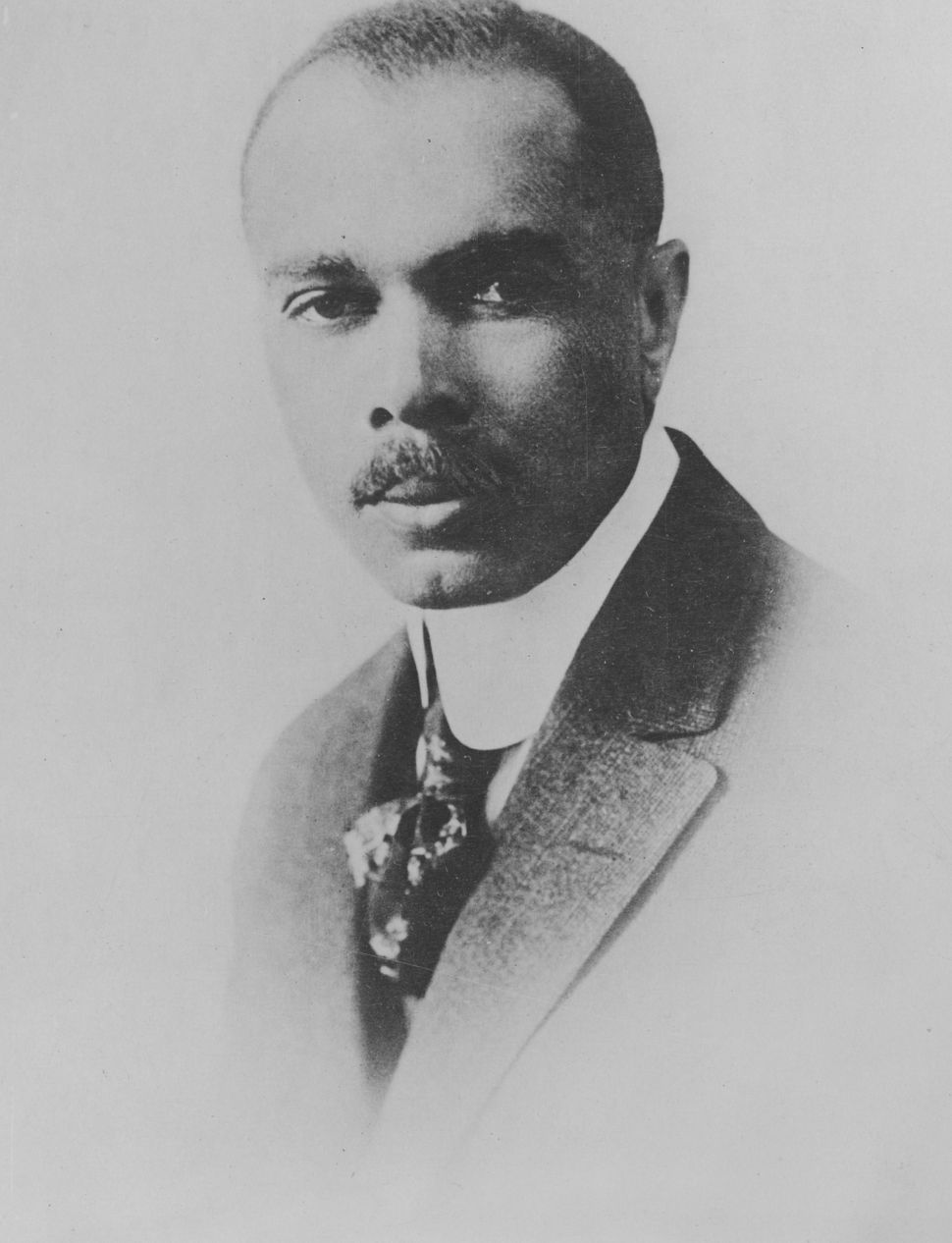 James Weldon Johnson (1876–1938), who wrote “Lift Ev’ry Voice” with his brother, composer J. Rosamond Johnson, was a poet, novelist, Broadway lyricist, civil rights activist, and diplomat. Johnson expressed a diverse range of views about different subjects, including the affinities between African-Americans and Jews.

As Leonard Dinnerstein’s “Antisemitism in America” notes, in a 1918 essay published in The New York Age, an African American newspaper, Johnson wrote of “the two million Jews [who] have a controlling interest in the finances of the nation.” Yet he nevertheless urged fellow blacks to “draw encouragement and hope from the experiences of modern Jews.”

The image of millions of Jews as plutocrats echoed the Jamaican political activist Marcus Garvey, who described Eastern European Jewish businesspeople in an adversarial tone. Yet from his work with the NAACP from 1917 onward, Johnson knew better than to make such reductive judgments. Among the most energetic defenders of African-American rights at the NAACP were Martha Gruening (1889–1937), an American-Jewish journalist, and Joel Spingarn (1875–1939), about whom the African-American sociologist and NAACP cofounder W. E. B. Du Bois wrote, “[Spingarn] was one of those vivid, enthusiastic but clear-thinking idealists which from age to age the Jewish race has given the world.”

Johnson knew about such donations because he personally campaigned for, and benefited from, donations from Rosenwald, a friend and early ally of Booker T. Washington. In 1912, Rosenwald had invited Washington to speak at his synagogue, Temple Sinai in Chicago.

In 1928, Johnson urged the Rosenwald Fund to support “Negro creative workers,” and he was one of the first beneficiaries of the new fellowship program, receiving a grant worth about $76,000 in purchasing power today.

And Johnson socialized with such Jewish labor activists as Joseph Schlossberg, cofounder of the Amalgamated Clothing Workers of America and the National Committee for Labor Israel.

The historian and biographer David Levering Lewis has observed that to drum up further support, Johnson “routinely scrutinized obituary columns for Jewish legacies that the NAACP might tap and listed prospective contributors, a disproportionate number of whom were Jews.”

Alongside journalistic musings about Jews and their supposed economic clout, Johnson managed to write subtly insightful fiction that has been compared to expressions of the American Jewish immigrant experience.

Johnson’s novel “The Autobiography of an Ex-Colored Man” (1912) has been likened to “The Rise of David Levinsky” (1917) by Abraham Cahan, one of the founders of the Yiddish Forverts. Both books deal with the thorny issue of minority assimilation in a hostile America.

And Johnson’s poetry collection “God’s Trombones: Seven Negro Sermons in Verse” (1927) was powerfully inspired by the biblical Book of Exodus.

Yet Johnson’s allusions to Jews are most prominent in his autobiographical writings, even if remaining slightly ambiguous at times. Johnson’s memoir “Along This Way” (1933) includes the observation that “all of us have at some time toyed with the Arabian Nights-like thought of the magical change of race.” If a genie gave him this option, Johnson claimed, “I should answer, probably, ‘Make me a Jew.’”

Curiously, this assertion appears totally out of context. No further justification or explanation is provided for this choice. Elsewhere in the same book, Johnson does express admiration for the Jewish Broadway impresario Florenz Ziegfeld in a way that may imply recognition for the fearlessness of Jewish advocates for African American rights, among them many befriended by Johnson over the years.

As Johnson tells it, one day, when he and his brother were forbidden to use a building elevator to attend a business meeting with Ziegfeld, the impresario heard about it, descended to his apartment lobby and made the “stormiest kind of scene.”

Johnson further recalled: Ziegfeld “protested and threatened. Mr. Ziegfeld escorted us to the elevator, ushered us in, stepped in himself and ordered the boy to take him up to his apartment. Up we went… This incident was indicative of Zeigfeld’s attitude on race. As a producer, he not only recognized that there was Negro talent, but he dared to give that talent an opportunity.”

This no-nonsense approach, strengthened by Johnson’s many other alliances and friendships with Jews, as well as the inspirational leadership of W. E. B. Du Bois, possibly demonstrated to Johnson some potential survival strategies for the societal challenges of being a Jew.

African-American journals of the era regularly pointed to an identification between blacks and Jews, like the “Baltimore Afro-American,” which published an editorial in July 1917 reading: “Jew baiting in Russia and Negro baiting in the United States are one and the same thing.”

With this sense of solidarity, if Representative Clyburn’s plan succeeds, African Americans and Jews will have substantial historical precedent for lifting their voices together and singing in solidarity the hymn by James Weldon Johnson.