Is it kosher to smoke weed for Purim? 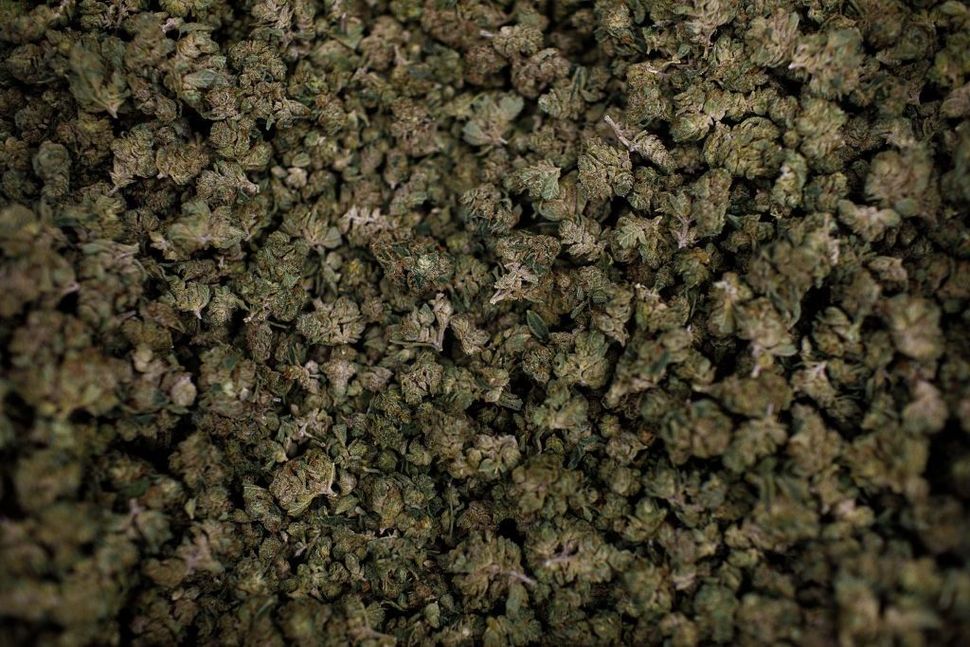 A whole lot of marijuana buds Courtesy of Getty Images

The Talmud (Megillah 7b to be exact) tells us to get — and I’m paraphrasing here — totally smashed on Purim, so intoxicated that we cannot tell the difference between the story’s villain, Haman, and the hero, Mordechai. But the Talmud doesn’t specify which intoxicants to consume. Could you, perhaps, smoke a blunt instead of — or even in addition to — drinking?

Rabbi Jonathan Leener, who I am proud to consider my rabbi, took on the important question in a letter to Seth Rogen, in which he evaluated the Talmudic arguments for marijuana as a Purim intoxicant and decided that, in most cases, weed would be perfectly acceptable.

When I asked how Rogen’s question came about, Leener laughed. “I made it up, I totally made it up,” Leener said. “In yeshiva, around when [the month of] Adar starts, people do Purim Torah where they get up and give silly dvar Torahs that are obviously a joke.” It was inspired, however, by a real question he recently received from a friend.

Rogen, who is known for his stoner comedies and has his own weed company, would probably love to know, though. The actor and director seems to have spent his pandemic year smoking “truly ungodly” amounts of weed and making pottery ashtrays, presumably for his joints, so it’s a pertinent question. “I think he takes his Jewish identity actually pretty seriously,” said Leener.

The central issue of the weed v. wine conundrum, according to Leener, is whether the focus of the Talmudic injunction is the state of intoxication or the substance consumed.

Given that the state of intoxication does seem to be the goal, with no further specifications, there’s no reason why marijuana wouldn’t achieve it. In fact, as he pointed out in his letter, it might even be a more transcendent experience, and the ensuing munchies might enhance the Purim seudah meal.

While cannabis is largely missing from Jewish texts, it is mentioned in the Shulchan Arukh, where it is listed as an acceptable oil to use for lighting Shabbat candles; we pondered whether that would result in hotboxing the dinner table, and decided it would depend on how cleanly the oil was burning. In any case, that would imply it is a generally acceptable substance. 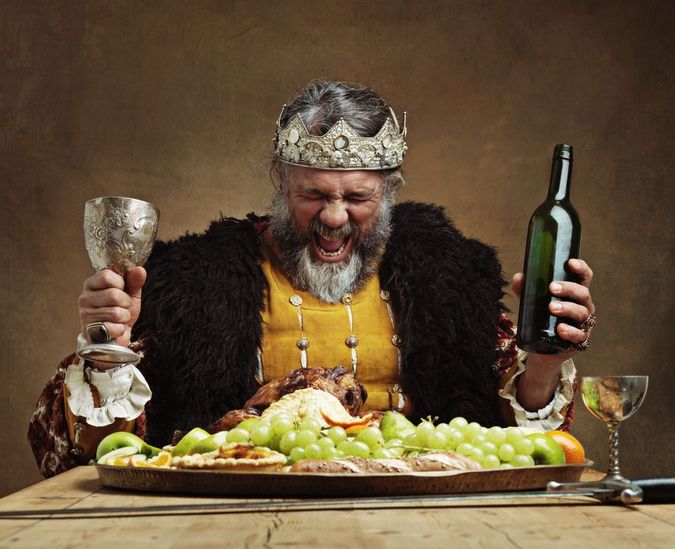 A live shot of King Ahasuerus deciding to call his wife in to dance naked for him and his friends. Courtesy of iStock

The argument for wine is more textually rooted; Leener argues that wine has a central role in the Book of Esther. “The first chapter, as an example, is about Ahasuerus’s epic party,” he said, “I kind of imagine it that he is drunk with all of the people and coming up with this idea to have Vashti come.”

On a more serious note, Leener said Purim feels deeply necessary this year, and hopes the holiday can act as a release valve, while still being celebrated safely. “We’ve been surrounded with so much darkness and death. The whole year has felt like being in Shushan, on the verge of something horrible happening, right?” he said. “So I think anything that can help people have a couple of hours where they can detach from what’s going on and enjoy the holiday will be very beneficial.”

The rabbi thinks the permissibility of weed is going to be discussed increasingly seriously in Jewish circles as weed is legalized more widely. (He is careful to only endorse marijuana use for those living in an area where it is legal.) “People kibitz about this now, but it’s going to become even a bigger issue as weed becomes more recognized and socially acceptable,” he said.

And he’s already prepping for the next holiday’s marijuana debate. “There is a question about whether weed is kitniyot, for Pesach,” he said. “Maybe we can do a followup story.”

Is it kosher to smoke weed for Purim?