Why Hamantashen are the most divisive cookies in the world 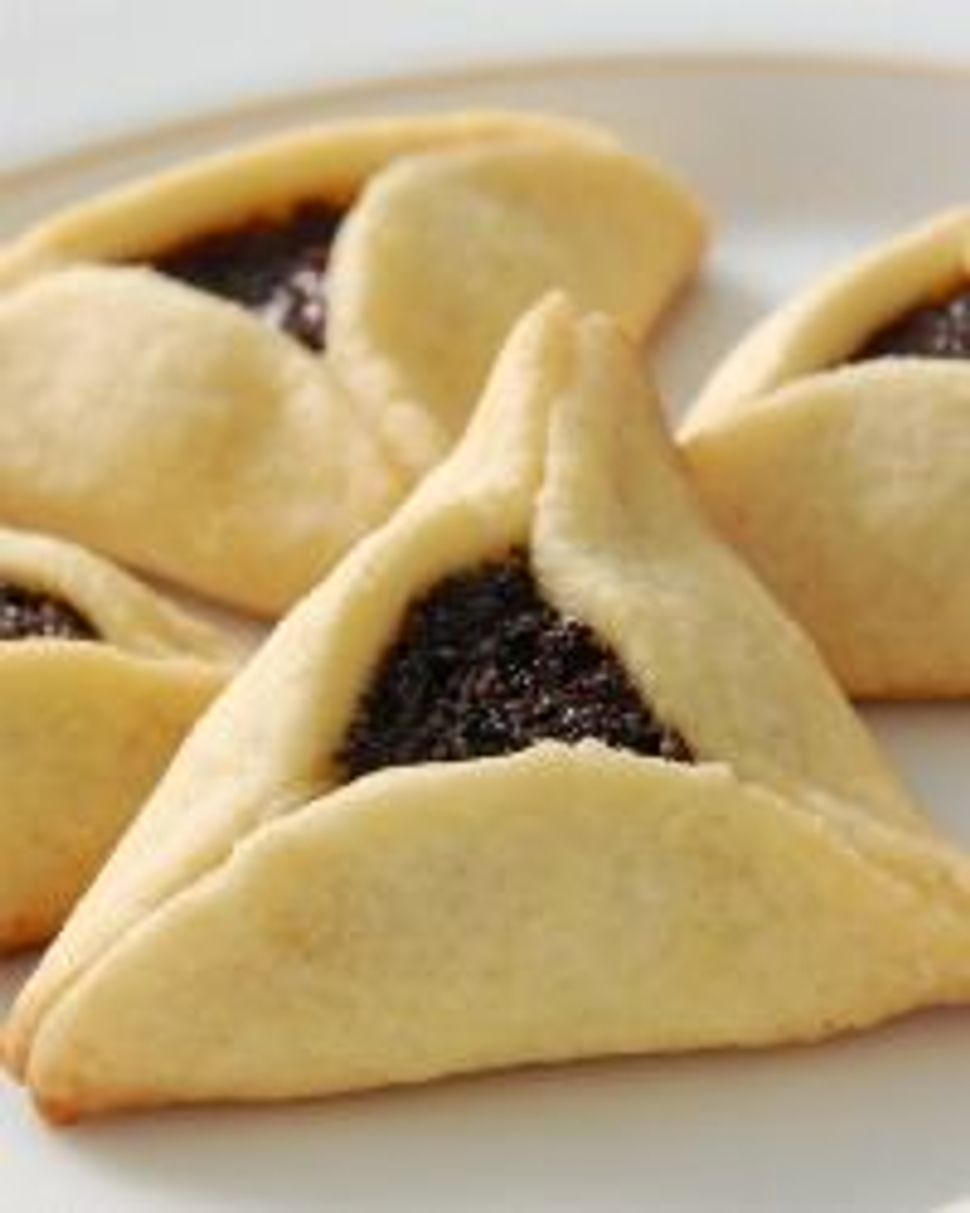 Hamantashen are divisive cookies. Named after the Purim story’s villain, Haman, the triangle confections are supposed to resemble either his hat or his ears, depending who you ask — and many consider the often dry and crumbly cookie about as appetizing. Defending their honor is even part of the famed Latke-Hamantash Debate. (The Forward staff agreed that the latke side is easier to defend.)

So it seems fitting that hamantashen are at the center of a discussion about cultural appropriation and cancel culture.

The latest kerfuffle began Feb. 10, when Abigail Koffler, who writes a well-known food newsletter, called out a 2015 article on Bon Appetit originally titled, “How To Make Actually Good Hamantaschen.” Koffler was affronted that the recipe, which insulted the Jewish Purim cookie, was written by a non-Jew.

The next day, Helen Rosner, a staff writer covering food at the New Yorker, chimed in to point out that the updated recipe used butter, meaning it could not be consumed after a meat meal by anyone keeping kosher. “Latkes are probably terrific when fried in lard, but idk man,” Rosner added.

Latkes are probably terrific when fried in lard but idk man

Then, on Tuesday, New York Times opinion columnist Bret Stephens wrote up the whole drama as the epitome of “the humorless world of Woke.” He criticized Bon Appetit’s decision to retitle the article as “5 Steps to Really Good Hamantaschen,” as well as its Archive Repair Project, Conde Nast’s attempt to fix its problematic past recipes, which edited the cookie criticism out of the piece (but left the butter).

Stephens failed to see his own humorlessness in a piece about the dangers of the Cookie Discourse. But his larger point was a serious one, about the values motivating the hamantashen complaints. He dismissed the idea that cultural appropriation was a concern in the recipe, and by extension dismissed the phenomenon as a whole.

Cultural appropriation has been a big topic in the food world recently, particularly at Bon Appetit, which has under fire frequently for “knighting ‘experts’ without considering if that person should, in fact, claim mastery of a cuisine that isn’t theirs,” as the magazine itself wrote. White writers were profiting off of Creole, Vietnamese and Indian recipes, toning them down for white palates.

When the entire traditional underpinning of a dish has been lost in the so-called improvements, including central traits such as dietary laws or ties to holidays, members of the originating culture feel erased, whether it’s pho or triangular cookies.

The irony here, acknowledged by neither side, is that it is Jewish tradition to complain about hamantashen — how dry they are, how they fall apart in the oven and leak boiling jam everywhere, how bad the fillings are. On Instagram this week, I have watched numerous friends attempt to bake them, only to fail and retire with a glass of wine to complain about hamantashen. It’s part of the process.

The Forward just published a recipe for a Zabar’s hamantash that starts with a lengthy complaint about the cookie; Jewish TikTok chef Jeremy Scheck couldn’t hold back either — “It’s the only recipe for hamantashen I actually really like,” he said in a video for his recipe, “because usually, they taste kind of sandy or doughy.” Complaining is an essential part of the recipe.

I’ve been trying to cancel hamantaschen for years.

Come at me, internet

In this new era of reconsideration, I would like to reaffirm that, quite unfortunately, all hamentaschen suck. (The recipe or bakery you link to below will only make my point for me. You know what never needs a “have you tried this one” tweet? Cheesecake!.)

Most of the Jewish hamantashen recipes I’ve seen in my own quest for the best recipe also commit the sin of using butter in the dough, presumably to prevent the widely acknowledged issue of dryness. There’s nothing inherently wrong with a dairy cookie, especially if you, like me, are vegetarian (or don’t keep kosher).

So what’s the big issue with the divisive Bon Appetit article? That it’s not written by a Jew. We can complain about ourselves, but it’s harder to swallow when someone else does it — just like you’re the only one who can complain about your parents or siblings.

But have Jewish foods and food writers historically been marginalized out of the food world? The original Bon Appetit hamantashen recipe quoted several Jewish editors complaining about the cookies — we are a well-represented group within media. Alison Roman, a Jewish food writer who got her start at Bon Appetit, was criticized in an insightful Eater piece for her own appropriation of foreign ingredients; in the piece, she is presented as the epitome of the insider. That’s not to say our food and traditions are immune to appropriation, but the divide between who is profiting off of a minority culture is not so sharp.

In any case, Stephens, Rosner and Koffler are all Jewish. And they’re all, in one way or another, taking part in a time-honored Jewish tradition — complaining about hamantashen.

Why Hamantashen are the most divisive cookies in the world