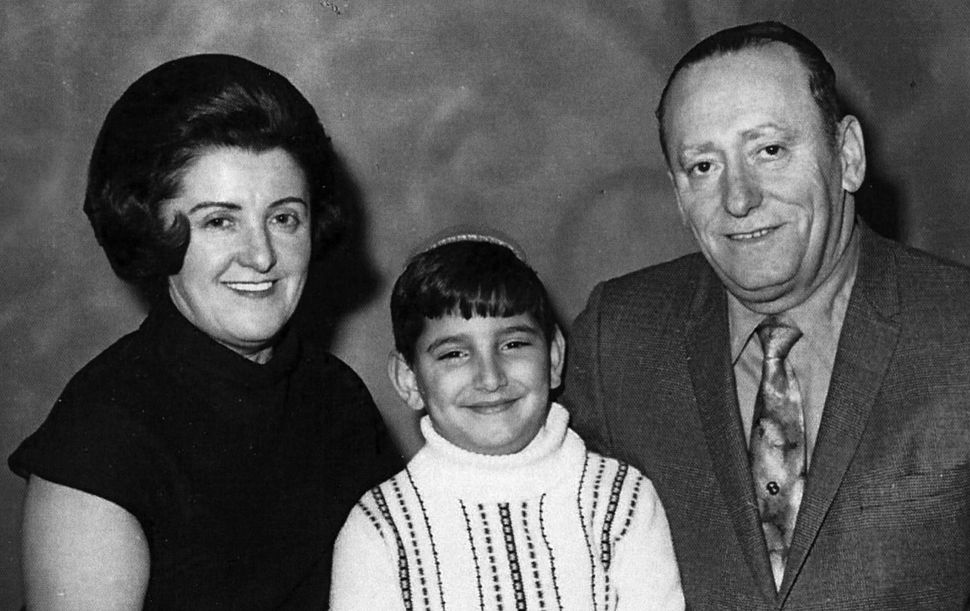 Margaret Erle, the 16-year-old daughter of refugees from Nazi Germany, fell in love with George Katz, 17, the son of two Viennese Holocaust survivors in Upper Manhattan in 1960.

At the time, there was little birth control, no sex education, and abortion, of course, was illegal. Like more than 3 million other young unwed women in America, Margaret got pregnant. Her family pressured her into seclusion at Lakeview, a maternity home on Staten Island run by Louise Wise Services, the go-to adoption agency of the era for Jewish families. New York State back then required that the religion of a birth mother had to match that of the prospective adoptive parents.

The young couple did all they could to maintain custody of their son, and planned to elope once they could scrape together enough money. But they were no match for a predatory, secretive system that promised what some called “blue-ribbon babies” to infertile Jewish couples who were eager to join the Baby Boom. 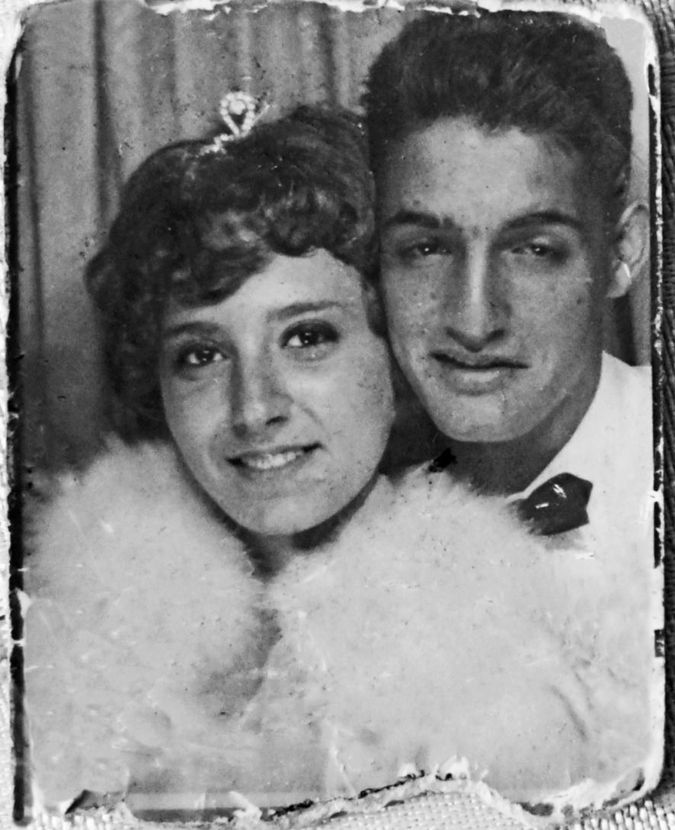 The twin narratives of Margaret and her son, and of his adoptive parents, Ephraim and Esther Rosenberg, are the subject of my new book, “American Baby: A Mother, a Child, and the Shadow History of Adoption.” In it, I also delve into Louise Wise, where the demand for infants far outstripped its supply. In the 1950s, 10 couples competed for every baby surrendered for adoption, prompting even federal child welfare officials to describe the situation as a “seller’s market.” 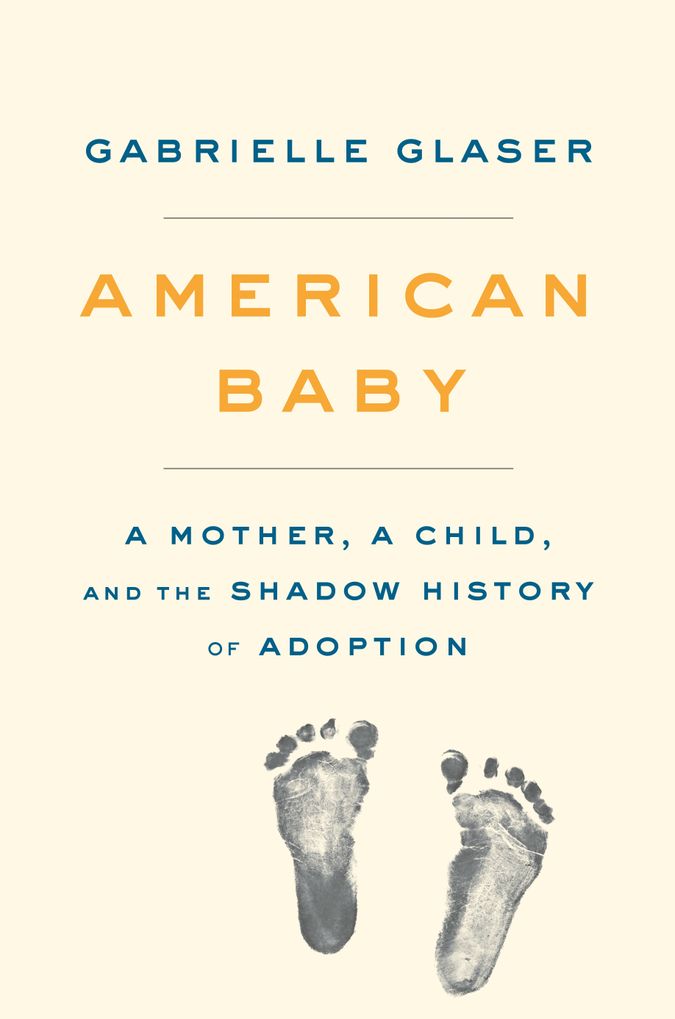 At the time, the vast majority of adoptions were closed, meaning that the original birth certificates of children surrendered for adoption would be sealed to all but court and adoption agency officials. When a child was adopted, states issued a second, amended certificate that listed the adoptee’s new name, and his adoptive parents as his original mother and father. Supporters of these secrecy laws argued that they protected children from the taint of illegitimacy, and reassured adoptive parents that birth parents would one day try to interfere with their newly created family.

In the decades after World War II, Louise Wise Services earned a reputation as one of the country’s most prestigious adoption agencies. Its offices on East 94th Street were sleek and elegant, and it prided itself on its lineage — it was founded by the wife of Rabbi Stephen Wise in 1916. After Louise’s 1947 death, it was run by her daughter, Judge Justine Wise Polier. Prominent New York physicians sat on its board.
In recent years, some of the agency’s nefarious operations have come into public view through books and documentary films that brought to life a gripping account of how agency psychiatrists had separated identical twins and triplets for the purposes of experimentation. But the fuller story of the agency’s day-to-day work involving the placement of thousands of Jewish infants in the decades following World War II is even more startling. For nearly five years, I explored the history of adoption in the United States through the lives of a Jewish girl and the son she was forced to surrender to Louise Wise shortly after his 1961 birth.

At Louise Wise, officials reassured prospective parents that they would do everything they could to match the right baby with the right family, and had scientific methods to evaluate children’s intelligence, and predict their looks and capabilities.

But how to assess the potential of preverbal infants years away from taking an IQ test? [Samuel Karelitz(https://timesmachine.nytimes.com/timesmachine/1980/10/05/113954803.html?pageNumber=44), a pediatrician on the agency’s board for decades, believed that a baby’s crying correlated with his or her intelligence.

In order to test his theory, in the mid-1950s he developed an experiment in which he and other researchers shot a thick rubber band from a wooden gun at the foot of an infant 10 minutes after birth, and then recorded his or her cries. If the baby didn’t wail for a full 60 seconds, Karelitz and fellow researchers at Long Island Jewish Hospital would repeat the shot as many as seven more times.

The National Institutes of Health funded this pseudoscientific research, entitled “Induced Crying” in studies in peer-reviewed medical journals, for more than 15 years.

And then there was the issue of race. In order to offer guarantees about the future appearance of babies who were biracial (or thought to be), the agency depended on Harry Shapiro, a board member, forensic anthropologist at the American Museum of Natural History and president of the American Eugenics Society.

Shapiro, who during World War II had specialized in identifying the racial origins of unidentified dead soldiers, issued rulings on the race of thousands of babies who had been surrendered for adoption in order to place them with the “proper” (white) families. Social workers waited with their tiny charges outside his fifth-floor museum office while Shapiro inspected their nail beds, skull size, and skin for birthmarks known as Mongolian spots. Shapiro’s racial rulings were based on the 19th-century principles of physiognomy, the practice of assessing a person’s character from his features.

The Nazis, of course, had applied this same sort of “race biology” to identify Jews. 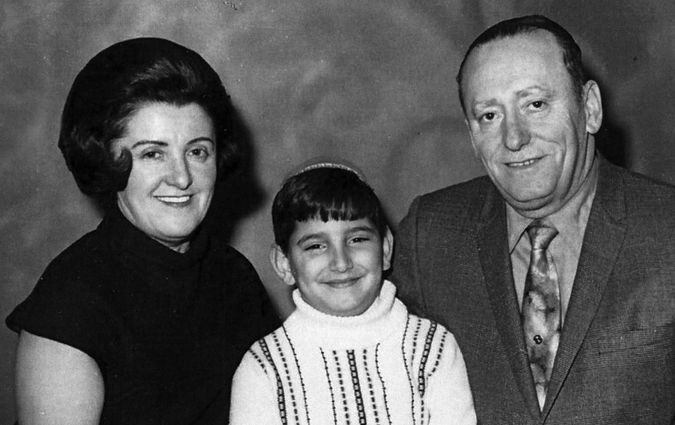 And yet, despite research widely available at the time that documented the danger of separation anxiety and emotional scarring that resulted from depriving infants of maternal attachment, the Wise agency evaluated babies in foster care for months on end. Outwardly, they promised adoptive parents a waiting period of three months. But Shapiro generally refused to issue his opinion on a baby’s future looks until he or she was at least six months old. This, he said, could prevent “mistakes” in the placement of a child.

Another prominent child advocate played a central — and disturbing — role at Louise Wise Services. Viola Bernard, a Columbia University psychiatrist, served as a board member for a half century. Like Karelitz and Shapiro, Bernard was a nationally respected scientist considered so unstinting in her devotion to children that the headline of her 1988 obituary in The New York Times would describe her as a psychiatrist who “eased young fears.”

But, much like her colleagues, Bernard produced those fears.

In her research, Bernard explored many aspects of adoption, including the psychology of unwed mothers and how adopting might ease an infertile couple’s grief. In private, she had more complicated aims.

Bernard and Peter Neubauer, a New York University psychiatrist, devised a study to examine the perennial question of whether nature or nurture was more powerful in determining a child’s future. They [separated identical twins and triplets] (https://www.statnews.com/2019/02/07/three-identical-strangers-address-ethical-violations/) who’d been relinquished for adoption, placed them with different families, and tracked their development over many years.

Bernard seemed unperturbed by the ethical issues raised by separating siblings, describing the study as a “natural laboratory situation,” and pressing administrators at Lakeview, the Long Island maternity home where Margaret stayed, to come up with more research subjects. A 1961 letter from one such administrator to Bernard, notifying her that another young woman was expecting twins, suggested exasperation with the experiment: “And now will you please stop it!” the administrator wrote. “We have enough twins!”

It seems implausible that experienced scientists like Karelitz, Bernard, Neubauer and Shapiro were unaware of the ethical lines they were skirting. In the wake of the Nazis’ horrific experiments on Jewish concentration-camp prisoners, many countries, including the United States, had signed the Nuremberg code, which required doctors to obtain informed consent for any scientific study. One might have expected Louise Wise Services — as well as Karelitz, Bernard, Neubauer and Shapiro, who were all Jewish — to be particularly sensitive to such matters.

The principle could not have been simpler: No human being was to be the subject of medical research or treatment without his or her permission and a full understanding of the risks. The scientific papers published by Karelitz throughout the 1960s do not address how babies could have consented to the experiments. Legally, children in foster care were wards of the state, their teenage mothers potential criminals under wayward minor laws. The consent, such as it was, appears to have been granted by adoption-agency executives and social workers.

As a lifelong student of history, I’m wary of how easy it can be to fall into presentism, the tendency of applying the mores and views of one period onto another.

Still, one is left to wonder. Were the horrific lessons of the past so easily brushed aside? Did the researchers persuade themselves that no one was really being harmed by this, that the means were justified by the greater good?

In many ways, that seems to have been the underlying argument in favor of adoption: that the benefits of placing a child with a “better” family outweighed any costs. All of that, of course, seems a lot more complicated today, just as those experiments seem wildly unethical by contemporary standards.

I tried for many months to find the underlying records for the rubber-band experiments in the National Archives and elsewhere. But the NIH destroys grant materials after 20 years if the research did not yield major scientific discoveries or cures and officials said they could find no trace of the study. A Freedom of Information Act request similarly yielded nothing. And records of the twins-and-triplet study are sealed at Yale until 2065.

After decades of their own searching, in 2014 Margaret and David were reunited by a DNA test, just three months before he died of cancer. For David, meeting his birth family answered a lifelong mystery about his origins.

Five years later, New York became the ninth state allowing adoptees to obtain their original birth certificates. But for so many, the question of why they were subjected to these studies is just one more fact they will never know.

Gabrielle Glaser is a journalist based in New Jersey and the author of “American Baby: A Mother, a Child, and the Shadow History of Adoption.”. Email: [email protected]