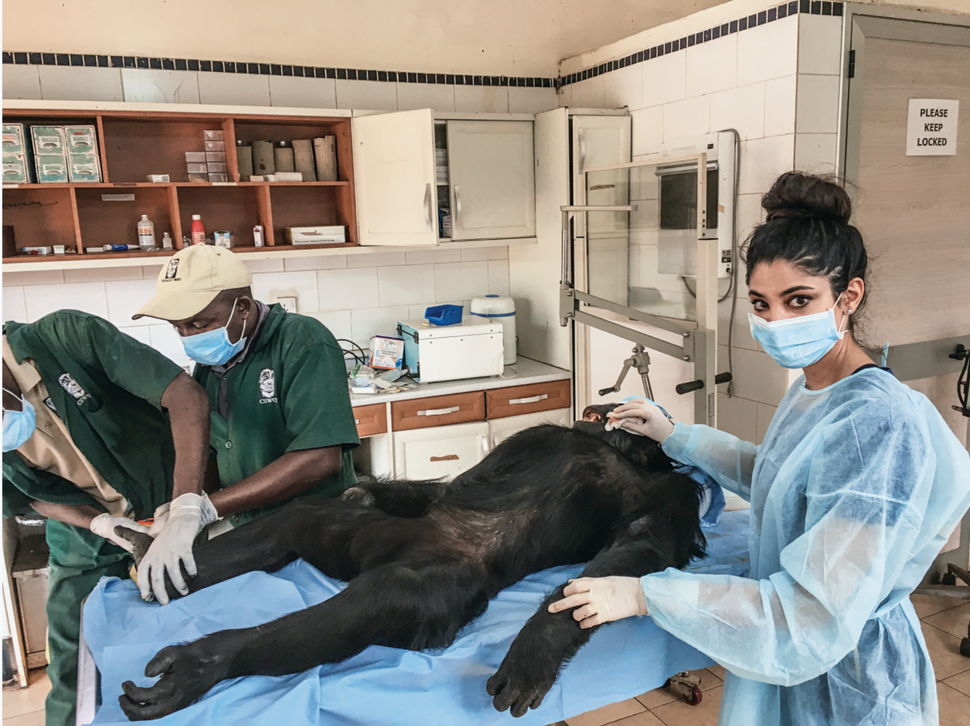 Dr. Gabby Zonenshine — aka Gabby Wild — is what kids dream of when they say they want to grow up to be veterinarians — she is a wildlife vet, who travels the world to treat animals in the field, including jaguars, toucans and more. Her new book “Wild Vet Adventures,” published by National Geographic Kids, takes readers through all the different animals around the world she’s worked on — and some of the close calls she’s had, such as when a jaguar nearly woke up during a root canal, with Wild’s hand still in his mouth. 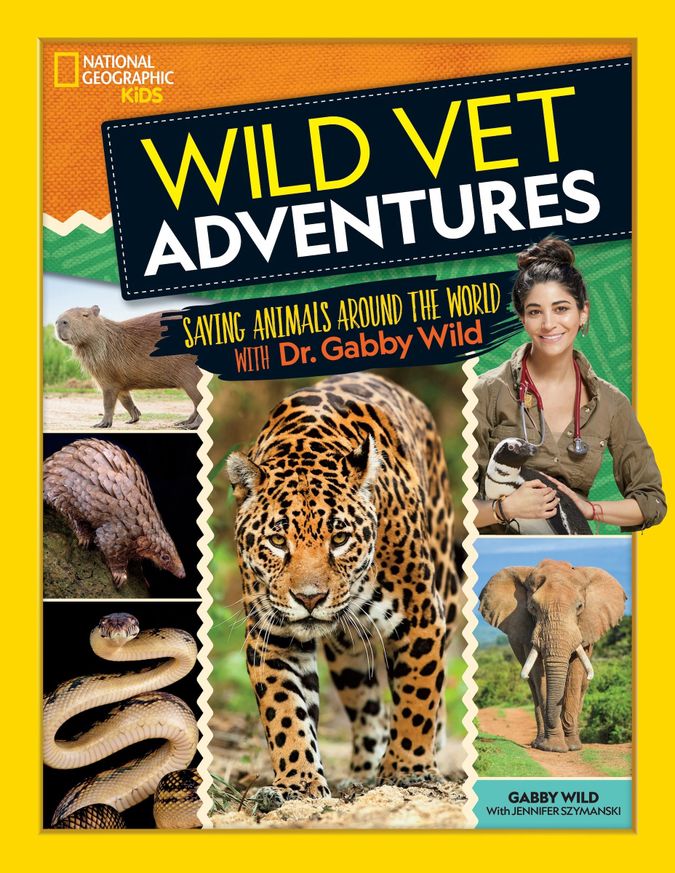 Most people probably imagine Steve Irwin or Jane Goodall when they imagine working with animals in the wild (Wild does actually know Goodall, and the two exchanged emails before Wild went to Uganda). But Wild operates a bit differently; not only does she make sure to adhere to the highest standard of medicine, she also adheres closely to halacha, Jewish law, which forbids her from certain procedures that are core to many veterinarians’ practices, such as spaying and neutering animals.

Luckily, those procedures are fairly rare in Wild’s specialty of wildlife veterinary medicine, and she rarely has to come in on Shabbat unless there is an emergency that no one else knows how to treat — not unheard of for Wild who once had to come in for a toucan.

Wild also runs her own foundation, the Gabby Wild Foundation, working for animal conservation around the world, particularly in Sumatra, where Wild flies regularly to perform surgeries and other aspects of veterinary care, as well as monitoring for poaching and working to regrow the rainforest. When she’s not jetsetting, she serves as one of two wildlife health vets for the Wildlife Conservation Society at the Bronx Zoo and also performs surgeries on small pets.

These days, however, she hasn’t been able to travel, due to the pandemic; when we spoke on a Friday morning, she was preparing for Shabbat, making challah and chopping vegetables in her Long Island home, where she has been riding out the pandemic with her husband and son.

Our conversation, edited for length and clarity, is below. 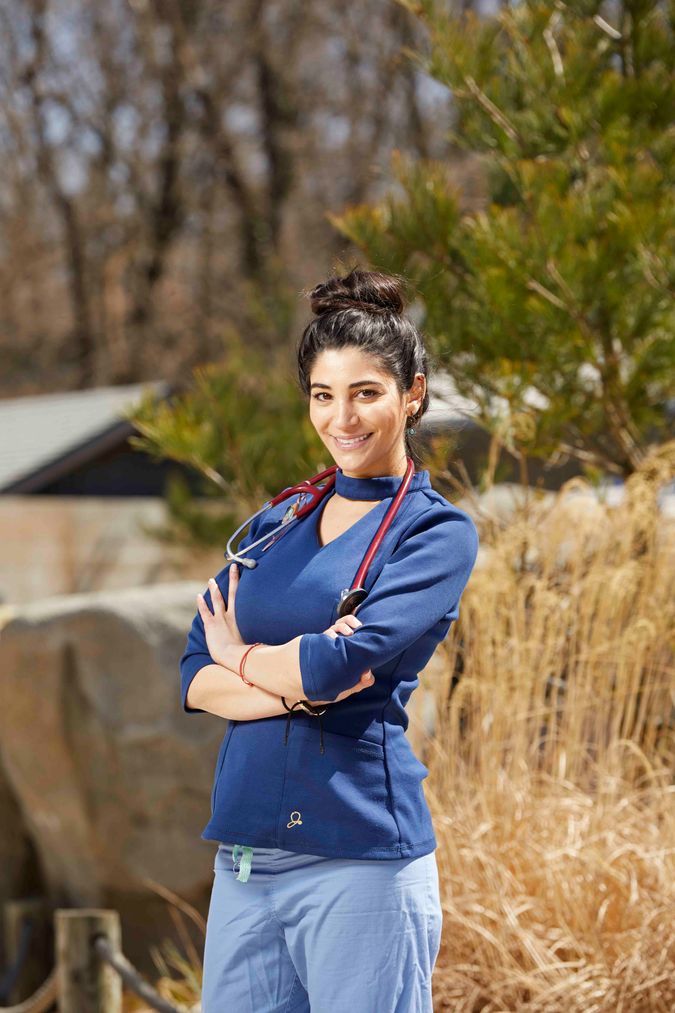 Does your work usually mean you travel constantly, when there’s not a pandemic?

Yes. I planned a lot of my wedding from Rwanda, which was fun, trying to find reception. Now, thankfully we have people out in the field, at least in Sumatra, who are taking care of the projects out there. It’s just disheartening because I can’t go out and do the veterinary work that I want to be doing for — well I call it underprivileged wildlife — who don’t have a doctor. They’re taken care of by these amazing refuges, or else they suffer.

Your email described you as frum. I’m wondering how that plays into your travel and work.

I’m certainly frum — as we speak, I’m making challah. I cover my hair, which is easy to do as a surgeon since it goes in a scrub hat, and then out in the field you just put on a hat, so it’s pretty easy. The only time you see me wearing pants is when I’m in my scrubs in surgery.

If i’m out in the field, I love the way my rebbetzin put it: She said, “You have to be a practical Jew. You don’t need to get malaria.” So I’ll be in my safari gear when I’m out working, and you need to be able to run from an elephant if it’s angry at you.

What about keeping kosher? That can be hard in foreign environments.

I have a separate suitcase of food that I bring that are perishables. I bring a lot of tuna — luckily I love tuna, I love peanut butter. And when I’m with the local people, I tell them I’m vegetarian, and they respect that and bring me fruits and vegetables.

Here’s the problem — in many places, you can’t have uncooked food. You don’t want salad. You’re going to have bad diarrhea, or worse. So in those cases, I’ll take boiled water, then clean things. I really wanted to try fish when I was in Uganda. My friend was raving about how he had got this beautiful tilapia from Lake Victoria. So I actually toveled [ritual immersion to make dishes kosher] the two pans he was going to use, in the lake, and had the fish with him.

When it comes to flying, obviously I can’t travel on Shabbat, so we plan all of the procedures and travel around that. If I bring a film crew, or my regular crew, I think it actually allows them a sense of relief; they can use that day to review their footage and catch up or rest.

Even though it can make things more expensive, I think if you don’t maintain your principles and what you believe in, it means you don’t really stand for anything.

I’m quite impressed by your commitment — and toveling dishes in Lake Victoria, that’s quite creative.

Judaism isn’t a separate part of my life. The only case in which I’ve ever had to break Shabbos is when there’s absolutely no other non-Jew around to prevent an animal from truly suffering. Spaying and neutering is also against halacha, so I do that only if it’s for disease; that way we’re helping an animal, but not for elective purposes. Then I can just have an amazing non-Jewish surgeon do it.

When you’ve explained this stance to employers or your colleagues, have people been surprised or confused, or have they taken it in stride?

It depends. In the Midwest, I usually get, “Wow that is so amazing, we’ve never worked with someone like that.” They’re more Bible Belt, so they actually have more respect for it. Other people make polite jokes, in a nice way, or they’ve just found it really unique. I’ve found that when people see that you believe in your convictions, they see that is your integrity.

Admittedly, I’ve worked in a lot of countries where you don’t want to tell someone you’re Jewish, so I just avoid that. In Sumatra, my employees know I’m Jewish, but I tell them I don’t really want more people knowing. 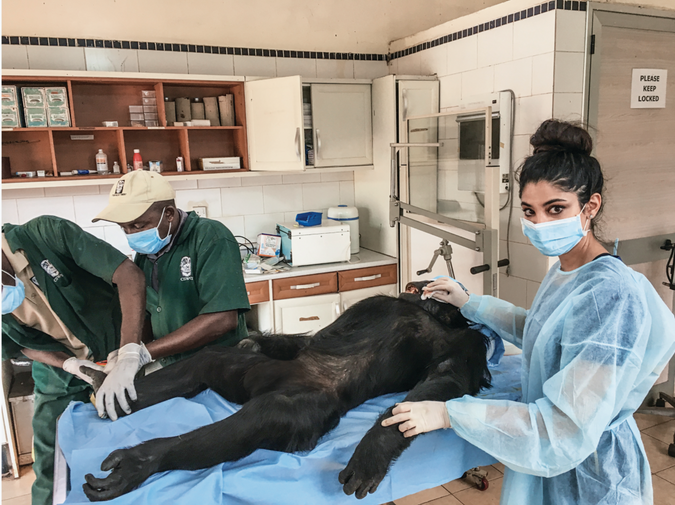 Have you done specific Torah study or gained a specific expertise in areas of Jewish law that relate to animals?

Absolutely. I wasn’t raised frum, I was raised Conservative. But as I became religious, I realized I’m choosing a career that has restrictions on it, so I made sure I took it extremely seriously and studied to learn what I should and shouldn’t be doing.

I became frum when I was in veterinary school. I was actually the first student at Cornell to request that I not be forced to castrate or spay. I had done one spay already, for my sophomore class, and at that time I wasn’t aware of the law. So I said to them that I’d already proven I had that skill, I know how to do it, so I don’t think it’s necessary to have me do it more.

At first the argument was that this is the bread and butter of veterinary medicine. And I said, well, I’m not going into that, and they realized that was a valid argument.

You also include a lot about local cultures in your book, like the importance of llamas in Peru. For a book about animals, it has a lot about people in it.

Animals live in all these different places, and there are all these beautiful cultures that we should be highlighting — because those cultures impact the animals. Providing information about these different cultures I think helps kids realize why different animals are protected in some situations and looked on as pests than others.

A lot of people in the West have a terrible perception of poachers, and people in, you know, these “developing nations.” But they’re doing nothing wrong. You get to go to the mall, to the supermarket, you get to go have a nice happy life here in America.

This poor farmer has nothing but this farm, he makes very minimal money, and if that elephant destroys his farm, he makes no money for the year and he will be starving. So when he sees an elephant coming and destroying his farm, he wants to kill it. With a poacher who is being paid to kill an elephant, they don’t look at them as endangered, special animals. So when someone says here’s some money, and it’s a lot of money to them, many people would go ahead and do it. These are true, understandable conflicts. Nothing in this world is black and white. 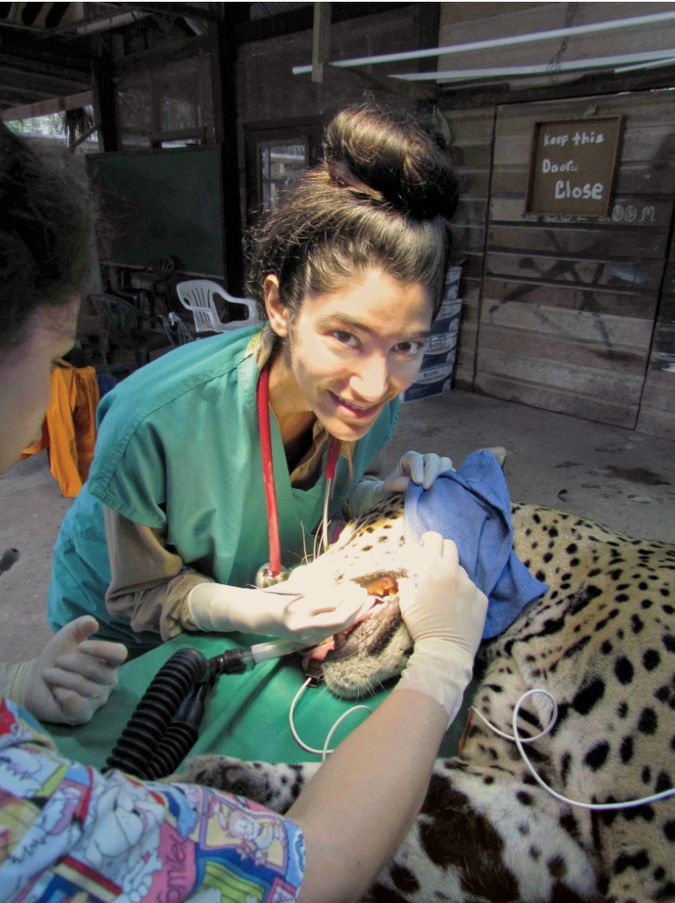 Besides the jaguar, any other crazy stories?

Honestly, I feel like every day there’s something crazy.