New technology can bring Anne Frank to life — but should it? 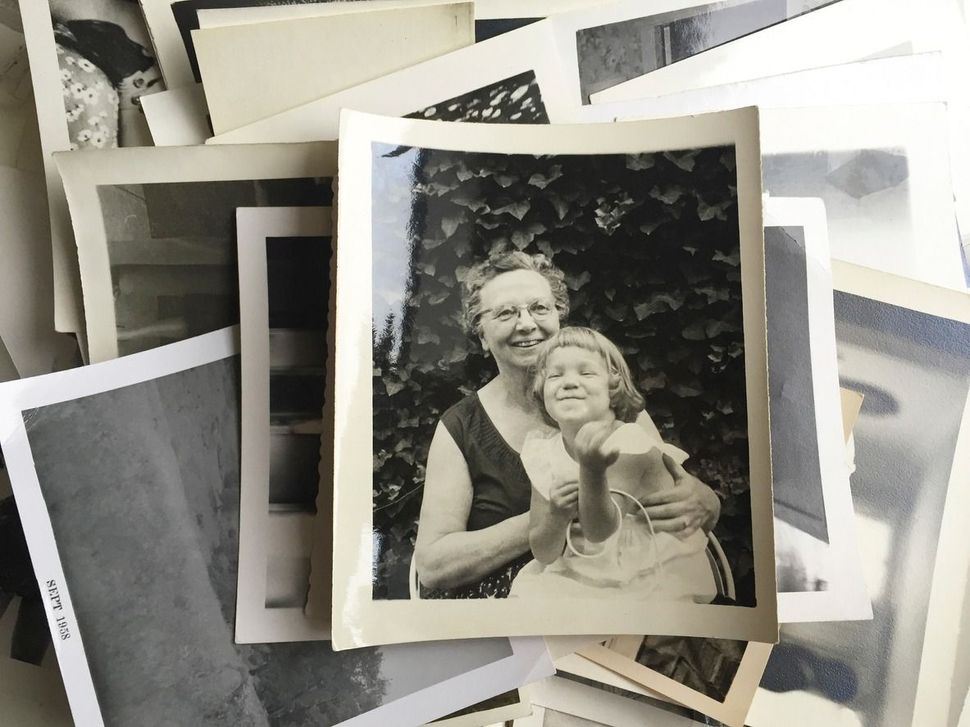 A pile of old family photos. Courtesy of iStock

A yellowed photo of a man in round glasses glances up and smiles sadly at you before turning to stare into the distance. He has mussed hair and a mustache, and is wearing an old fashioned shirt, his expression melancholy. It seems like something out of Harry Potter, or even a horror movie, but it’s actually Sholem Aleichem, the famed Yiddish writer whose work inspired “Fiddler on the Roof,” who has been brought to life with a new tool from ancestry site MyHeritage.

The technology, called Deep Nostalgia, allows users to animate photos, letting that old sepia-tone picture of Bubbe smile and blink, or Zayde back in the old country turn his head. The company is marketing Deep Nostalgia as a heartwarming tool that can help users connect with relatives they may have never had the chance to meet, or to bring memories of lost loved ones to life. But users have already started to expand past their own families, animating historical figures such as Anne Frank or even famous paintings.

This technology is not new, though MyHeritage’s tool has enhanced its ease of use. But if you’re familiar with the term deepfake, the idea of bringing a photo to life might not sound quite so harmless and wholesome. Deepfakes use technology to alter photos or video, and allow the creator to convincingly replicate the motions and voice of the person in question.

While video altering has long been used in Hollywood to edit archival footage or put actors’ faces on stunt doubles’ bodies, deepfake technology makes this far easier. It can be used for goofy fun, such as a TikTok account that convincingly impersonated Tom Cruise, but ever since the technology appeared, concerns have grown about the potential for abuse. Deepfakes make it possible to fake a speech by a politician or public figure, alter historical footage and cast doubt on existing footage used to prove the reality of events that are already doubted by conspiracy theorists, such as the moon landing or the Holocaust.

Using the new MyHeritage feature to animate photos of Anne Frank. from r/Judaism

This Anne Frank animation, which was posted to the Reddit forum r/Judaism, does not seem to have been meant malevolently. The original poster who created the animation, a user named 17yearhibernation, wrote, “The results are, as expected, a little uncanny of course. However, it’s interesting to me to see the humanity of Anne reflected in a moving image. It reminds us more of what she was: a little girl, a child who was legally murdered.”

Most of the subsequent comments on the post agree that the animation is unsettling and sad, and also limited and inaccurate — we don’t truly know what Anne’s expressions would have looked like. But one comment brought up the glaring danger: “People already doubt the authenticity of the Holocaust record. When fake videos start to become popular and there is fallout, Holocaust deniers are going to use these things as evidence.”

Anne Frank’s image is a potent symbol, and edited to provide support and provoke reactions for many causes, such as a famous image of her in a kaffiyeh, the scarf that serves as a symbol of the Palestinian liberation movement. But she is also a catchphrase and image used by antisemitic groups for distasteful jokes and messages, such as when her image was used by neo-Nazi soccer fans in Italy and Germany. Being able to edit and animate her image more easily could provide more fodder for these groups.

MyHeritage’s founder, Gilad Japhet, is an Israeli entrepreneur, seems to be familiar with deepfake technology — the name for the animation tool, Deep Nostalgia, sounds like a pun on it — and probably anticipated the dangerous uses of the tool for antisemitism and Holocaust denial. It currently has a limited number of “driver” files that can be applied to an image, meaning the only animations possible are preprogrammed blinks, smiles and turning heads. The tool will not allow users to create their own movements, which limits the dangerous uses. But, of course, it doesn’t eliminate them; even the seemingly harmless animation of Anne Frank smiling is unsettling enough to lend itself to hate, with the right (or wrong) caption.

The tool will currently not help add voice to the images it animates or alter video footage, so it is unlikely that it can be used for major altering of political speeches. At this point, it’s largely a fun gimmick, and despite the uncanny valley feel of the videos, many users are touched to see their relatives smile and move, albeit with someone else’s preprogrammed smile. But I can already imagine the smiles pasted on emaciated concentration camp figures. A picture may be worth a thousand words, but I think stories will do a better job of bringing my ancestors to life.

New technology can bring Anne Frank to life — but should it?