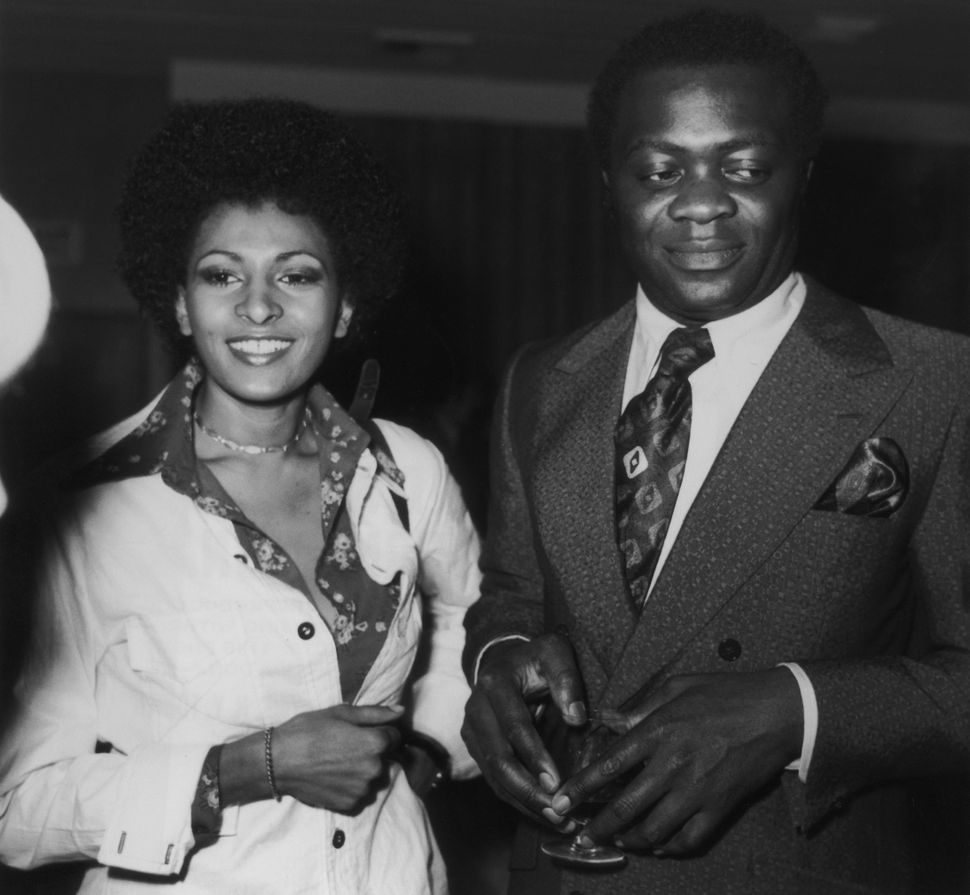 Yaphet Kotto, who died on March 15 at age 81, used prolonged experience with Hebrew liturgy as a way to separate reality from dreams.

Born in New York to a Panamanian and West Indian mother who converted to Judaism to marry his father, a Cameroonian who was raised Jewish, Kotto had a sustained film and television career.

Yet arguably, some of Kotto’s unrealized projects were even more enticing, including a 1972 plan to film John Steinbeck’s “Of Mice and Men” co-starring his fellow African American Jew, Sammy Davis Jr.

Or a plan to play Shakespeare’s Othello on Broadway, produced by David Merrick (born Margulois), who died before the staging could occur.

Yiddishkeit was a means of coping with such disappointments, as well as violent prejudice against minorities in America.

In 1997, Kotto remembered, as cited in Gene Bluestein’s “Anglish/Yinglish”: “Going to shul, putting a yarmulke on, having to face people who were primarily Baptists in the Bronx meant that on Fridays, I was in some heavy fistfights.”

These early aggressors were primarily his fellow black schoolmates. There were, however, also some compensations, like one that occurred around the time he was studying for his bar mitzvah. As Kotto recalled last October on his Facebook page one day in the early 1950s, he encountered Malcolm X in Harlem, accompanied by Louis Farrakhan.

According to Kotto, Malcolm X took a benevolent interest in him, asking his name and religion. Upon hearing that the youngster was Jewish, Malcolm X exclaimed: “You are the original Jew! Remember that, the original Jew, Yaphet Kotto, now make your father proud…As-salamu alaykum.”

To the Arabic salutation meaning “Peace be upon you,” Kotto retorted: “Shalom,” at which Malcolm X and Farrakhan “laughed and walked away from [Kotto] smiling.”

A decidedly less jolly event was recounted in January 2020, again on his Facebook page, about how one night in Philadelphia in 1964, after performing “Blood Knot” a play by the South African author Athol Fugard, Kotto was brutalized by local policemen.

Arrested after a bus ticket misunderstanding and through no fault of his own, Kotto recalled saying “in a tense whisper in Hebrew, ‘Baruk shem kevod malkhuto le’olam va’ed’– “Hear O Israel, the lord our God, the Lord is one!”

To which one of the arresting officers commented, “Jew, huh?”

Likewise, at moments of personal triumph, Kotto’s primary reaction was to utter words of Hebrew prayer.

When he learned by phone that he had been cast in the film “Alien,” Kotto raised both hands above his head and “shouted out the Birkat Hagomel. ‘Baruch ata Adonai, Eloheinu melech ha-olam. Blessed are You, Lord our God. Blessed are You!,’ I cried aloud. ‘Blessed are You, ruler of the world, who rewards the undeserving with goodness, and who has rewarded me with goodness this very day!’and then I bowed my head and whispered.. āmēn!”

The Birkat Hagomel is, of course, often recited after recovering from illness, but can also express gratitude for safely completing a perilous journey. Kotto was in such an exultant mood that he did not wait for the usual presence of a minyan in a synagogue to say it.

Beyond prayers, Jewish friends and colleagues were essential to Kotto’s career from the beginning. When he was 19, he performed in a production of “Othello” produced by the actress Judy Holliday (born Judith Tuvim, of Russian Jewish ancestry).

Kotto would also later recall the prediction he received in his youth from a “Jewish Kabbalistic Ethiopian woman inside the compound of a Manhattan synagogue: ‘First an actor, then a Rabbi.’”

Although he never embraced rabbinical studies, his progress was accompanied by encouragement from more Jewish directors, actors, and writers.

Of the last-mentioned, he informed an interviewer his favorite was Budd Schulberg, author of the film “On the Waterfront,” the play “What Makes Sammy Run?,” and the novel “The Harder They Fall.”

Kotto wrote a number of scripts for the show, mainly because he felt that other scriptwriters gave his character very little of interest to do.

In 1969, Budd Schulberg, a long-time boxing aficionado, was also useful as a fount of lore about pugilism when Kotto replaced James Earl Jones in the American Jewish playwright Howard Sackler’s “Great White Hope” about a boxer pitted against society.

Before then, Kotto had received his first speaking role on film from the German Jewish-born filmmaker Michael Roemer, in “Nothing But a Man” (1964), about African Americans confronting racism in Alabama.

Another mentor, also of German Jewish origin, was William Wyler, who chose Kotto to act in his 1970 film “The Liberation of LB Jones.” Wyler’s film featured Kotto’s character shooting a white policeman in an act of revenge, a first such display of retaliation against police brutality for a major Hollywood production.

In 2008 Kotto would tell The Daily News:

“Wyler didn’t want me to cry. He said, ‘Too many African-American men have done that on film…You are not suffering.’ That was the first time I’d heard the term ‘African-American.”

On Facebook, no matter the subject, Kotto retained a Jewish frame of reference and vocabulary from his childhood.

“God sees you and our collective call to Jehovah will seek you out and bring down the judgement of the Beth Din that you deserve.”

Braving the pandemic, he commented in March 2020:

“Brothers and sisters stand toe to toe and tough and strong before the Coronavirus…we are a strong people! Baruch Hashem!”

And in August and September of 2020, he revealed a new project, to play the role of Jesus in a film, since the protagonist was “black and an African born into the Hebrew faith, his entire name was Yeshua Ben Halachmee…It is more than just a role he is my leader, my Rabbi, my best friend, my brother.”

Kotto’s research into spirituality also extended as far as Paramahansa Yogananda an Indian monk, yogi and guru, whose example inspired him to take up daily meditation.

Yet as Kotto revealed in 2019, the early imprint of his father’s Hebrew lessons were such that he claimed to still open every book that he read “from the back page to the front.”

The elder Kotto “instilled Judaism” in his son, who added: “Everything the Jewish religion stands for, from an African’s point of view, he left those things in me—especially things that had to do with the New Testament, which he was thoroughly, totally against. He said it was BS. If it weren’t for him, I would have probably gone to hatred or violence or drugs or alcohol. I escaped all of those things because of Judaism.”