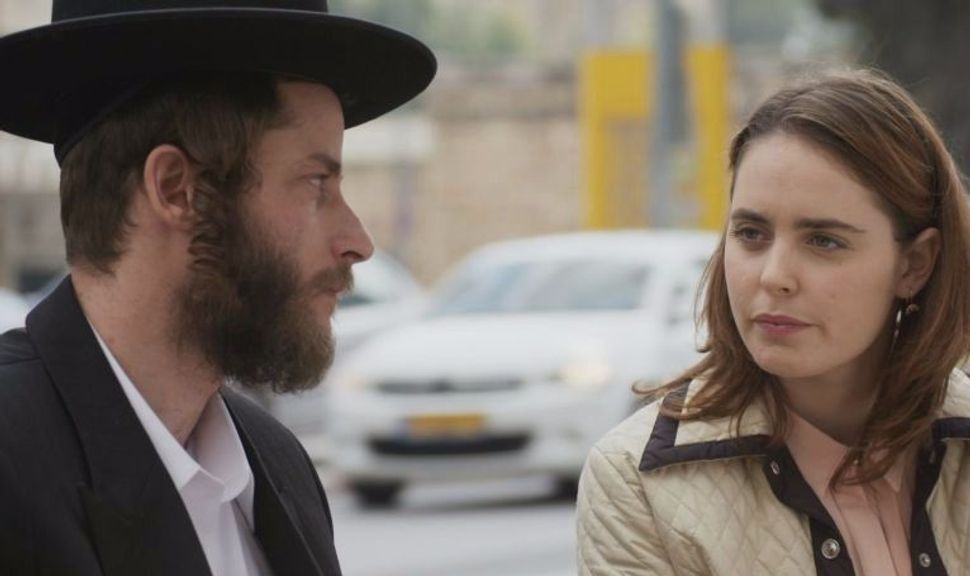 Get ready — an American “Shtisel” remake has been announced. The show, set to be written by “Insatiable” creator Lauren Gussis and directed by Oscar winner Kenneth Lonergan, will be produced by CBS Studios, though it could end up streaming on any given network.

Like the original “Shtisel,” the American show will be “a modern-day Romeo and Juliet story about an ultra-progressive, over-achieving secular 18-year-old young woman on the verge of personal freedom, and the strictly observant Orthodox young man to whom she is powerfully drawn – so powerfully that she is willing to uproot her entire life to be with him.”

Anyone who has seen, or even read about, “Shtisel” probably did a double-take at this show description, which bears little resemblance to the Israeli show. The “Shtisel” we know and love has several love stories, sure, but none of them cross over into the secular world. Instead, the show follows several branches of a Haredi family in Jerusalem as they navigate family, career and love within their community.

Therein lies the crux of what has endeared “Shtisel” to its viewers. The whole thing takes place almost completely within the Haredi community. Sure, Akiva sells his art through a secular gallery director, but that’s about it for crossover into the mainstream world. It depicts the Haredi world without feeling the need to define it by its contrast to secular life.

Most shows about the Haredi world center on a character trying to break free of the community, and paint Orthodox life as repressive and harsh. The Netflix hit “Unorthodox” certainly falls into this category, as does “A Touch Away,” a popular 2006 Israeli miniseries whose plot is much closer to the Romeo and Juliet plot of the “Shtisel” remake. Even “Fiddler on the Roof” has elements of this trope, with Chava running away to marry the non-Jewish Fyedka.

“Shtisel” does not pretend that Haredi life is easy, and acknowledges that it limits the people who follow its prescriptions, but it also does not presume that any relatable character must be trying to escape it. Akiva, a painter, struggles with the expectations placed on Haredi men — but his family’s worry over his artistic career is one likely familiar to anyone trying to forge a path in the arts. Despite his boundary-pushing ways, Akiva never considers leaving the community or the religion; he still prays, he still keeps kosher, he still wears tzitzit. He wants to be able to follow his heart while remaining inside the community.

The struggles of the show’s characters are relatable without being removed from their religious context. And the series also shows the beauties of religious life — the devotion of Ruchami and Hanina to Torah and prayer; Shulem’s commitment to teaching Torah. It depicts practices viewers might find strange or oppressive as simple parts of daily routines.

The CBS adaptation does not say whether its secular and Haredi storyline will involve its Haredi Romeo considering leaving his community; in fact, the short description implies its secular Juliet might join it instead. But even if that’s the case, it’s hard to imagine that the remake won’t focus on the limiting aspects of the Haredi world as its “ultra-progressive, overachieving secular” heroine “on the verge of personal freedom” gives up her independence to be with a man who demands she limit herself — the perfectly anti-feminist storyline. If Haredi life is seen through the eyes of a secular, progressive woman, it is hard to imagine it being painted with a sympathetic brush.

Who knows, maybe the secular Juliet will discover beauty in the Haredi world she has joined. And none of this is to say that the CBS show won’t be good — its creators are both talented and lauded. But it won’t be “Shtisel.”