The rise and fall of James Levine 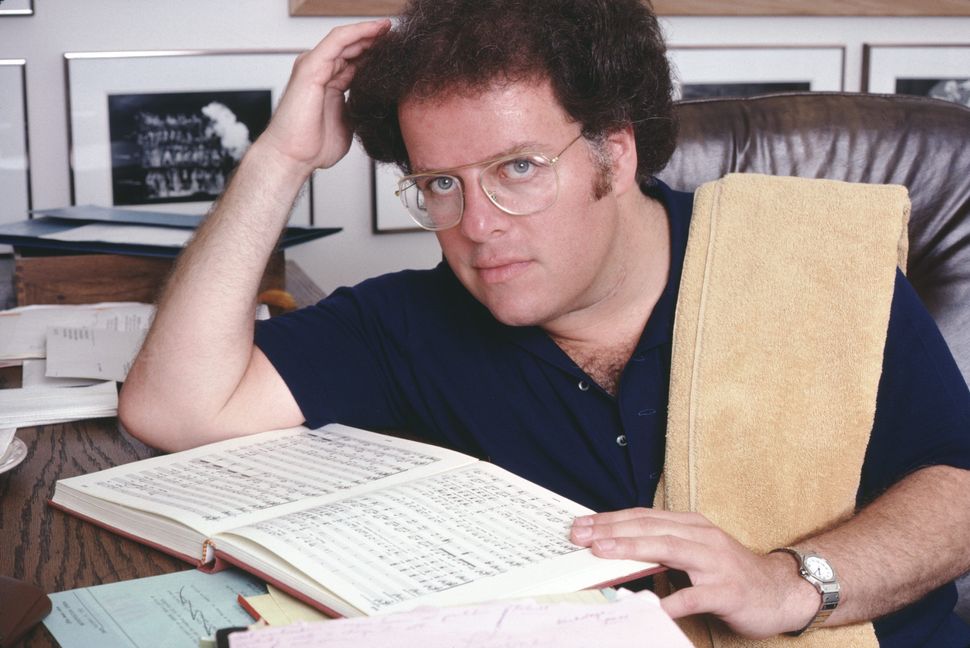 The American conductor James Levine, who died on Mar. 9 at age 77, drew on Jewish musical heritage to inspire his achievement, until multiple accusations of abuse justifiably ended his career.

Born in Cincinnati to parents who attended the Isaac M. Wise Temple, a pioneering synagogue for Reform Judaism, Levine was a child prodigy musician who at age ten made his Cincinnati Symphony Orchestra debut playing the Second Piano Concerto of the German Jewish composer Felix Mendelssohn.

In the 1930s, his father Lawrence Levine was briefly a West Coast dance band leader and singer under the name Larry Lee, but left that career to raise a family. Levine’s mother, born Helen Goldstein, had an even brighter showbiz success on Broadway under the stage name of Helen Golden, starring in 1937 alongside John Garfield (born Jacob Julius Garfinkle), Shimen Ruskin, Wolfe Barzell, and Sheldon Leonard in “Having Wonderful Time,” a comedy by Arthur Kober set in a Catskills resort.

Helen Golden likewise abandoned the glamor of the footlights to accompany her husband back to Cincinnati, where he took over a family clothing business. The opposite of stage parents, the Levines urged their son that performance was not all of life, but apparently he was never convinced.

The same year as his concert debut, Levine began studying with Walter Levin, a German Jewish musician who remained a powerful influence.

An early advocate of the music of Arnold Schoenberg, Levin, who founded the LaSalle Quartet, communicated such passion for the composer’s music that Levine would perform and record it, even when audiences kvetched that it was too astringent or challenging.

Levine led the first Metropolitan Opera performances of Schoenberg’s “Erwartung” and “Moses und Aron” and imposed other large scale works such as “Gurrelieder” on audiences in Boston and elsewhere.

During over 45 years at the Metropolitan Opera, Levine introduced other Met premieres of works by Jewish composers, but these tended to be operas often heard elsewhere, such as George Gershwin’s “Porgy and Bess” and Kurt Weill’s “Rise and Fall of the City of Mahagonny.”

By making his artistic home at the Met for so long, Levine may have contravened his own interpretive instincts. These were further revealed in 1965, when the American Jewish modernist composer Milton Babbitt visited the Cleveland Orchestra for the premiere of his “Relata I.”

Levine, at the time an assistant conductor to the fearsome Czech Jewish maestro George Szell, nicknamed “Doctor Cyclops” by his musicians, was charged with preparing the orchestra for the difficult performance.

Babbitt was impressed that Levine knew the whole score by heart and could play every instrumental part at the piano when asked. This affinity continued in 1967 when Levine conducted a contemporary music ensemble in the premiere of Babbitt’s “Correspondences” for string orchestra and synthesized tape.

Levine later recorded the work for Deutsche Grammophon with the Chicago Symphony Orchestra in 1994 in what would be one of his finest CDs, in terms of gritty application and sheer dedication.

Levine’s insistence on performing works that orchestral managers might consider too expensive or onerous, such as the Austrian Jewish composer Gustav Mahler’s massive “Symphony of a Thousand” in Boston in 2004 might have been impelled by further contacts with an older generation of Jewish musicians, who could provide insights about original performance practice.

He studied piano with the Bohemian Jewish keyboard artist Rudolf Serkin at the Marlboro Festival and with Rosina Lhévinne, of Dutch and Russian Jewish ancestry, at Juilliard.

Shortly before his Met Opera debut in 1971, Levine also served as piano accompanist for the Russian Jewish mezzo-soprano Jennie Tourel in a song recital at New York’s Alice Tully Hall. By then, Tourel (born Davidovich), was a septuagenarian, but her vivacious delivery of arias by Jacques Offenbach was delectable (reprinted on Vox).

Offenbach was the son of a cantor from Cologne, Germany and Levine was the great-grandson of another cantor (who died before he was born) from Cincinnati, but there the similarity ended.

Although generally liked because of his tendency not to shriek at instrumentalists or fire them, and prone to avoiding conflict, Levine lacked Offenbach’s sense of humor. And as early as September 1985, two American Jewish sopranos voiced doubts about his supposedly genial personality to The New York Times.

Roberta Peters (born Peterman in The Bronx) informed the paper that Levine was full of big promises to singers which often did not materialize: ”I think Jimmy wants everybody to love him so much that he’s unable to face certain realities. This has happened to so many artists: He says one thing and another, but nothing happens.”

Echoing these sentiments, Beverly Sills (born Belle Miriam Silverman in Crown Heights, Brooklyn) recalled that when Levine invited her to sing Verdi’s “La Traviata” at the Met, he promised a superstar cast and himself at the podium, none of which worked out.

A March 2018 Boston Globe article oddly noted that even as a young man, Levine would encourage students “to pore over scores with talmudic zeal.”

In fact, his group of followers, who called themselves Levinites, were quite un-Talmudlike. Levine urged his disciples to break off all contact with their families as mere uncomprehending distractions, a familiar cult-like approach.

Levine’s parents cannot be blamed for their son’s ethical choices. They tried to impress upon him the importance of a normal family life, as opposed to the rarified existence of a music-making machine, and even insisted that he commute from Cincinnati for weekend piano lessons with Lhévinne at Juilliard in New York.

Levine would ask his followers certain questions, such as if a young musician could save the life of just one person, would it be Levine or the musician’s mother?

A similar poser offered the premise of a burning house and a choice to save either the only copy of Beethoven’s “Ninth Symphony” or a baby.

This sort of mind game was accompanied by sexual abuse as a test of power. There were complaints as early as 1968, when Levine and his group attended the Meadow Brook School of Music in Michigan.

One student violinist informed his instructor, Jerome Rosen, an apprentice Cleveland Orchestra conductor who had temporarily given up music due to Szell’s sadism, of the pressures being put on students by Levine.

Decades later, Rosen admitted to the Boston Globe that he did not pass along the complaint to higher ups at the festival that summer, because the young violinist had refused Levine’s importuning and so it was considered that nothing had happened.

But other students had lacked the inner strength to rebuff a highly capable young musician clearly on the brink of a spectacular career.

If only someone in 1968 had taken the matter more seriously. Levine’s career beginnings, enriched by Jewish musical tradition, might have been interrupted, but later outrages could possibly have been avoided.

The rise and fall of James Levine