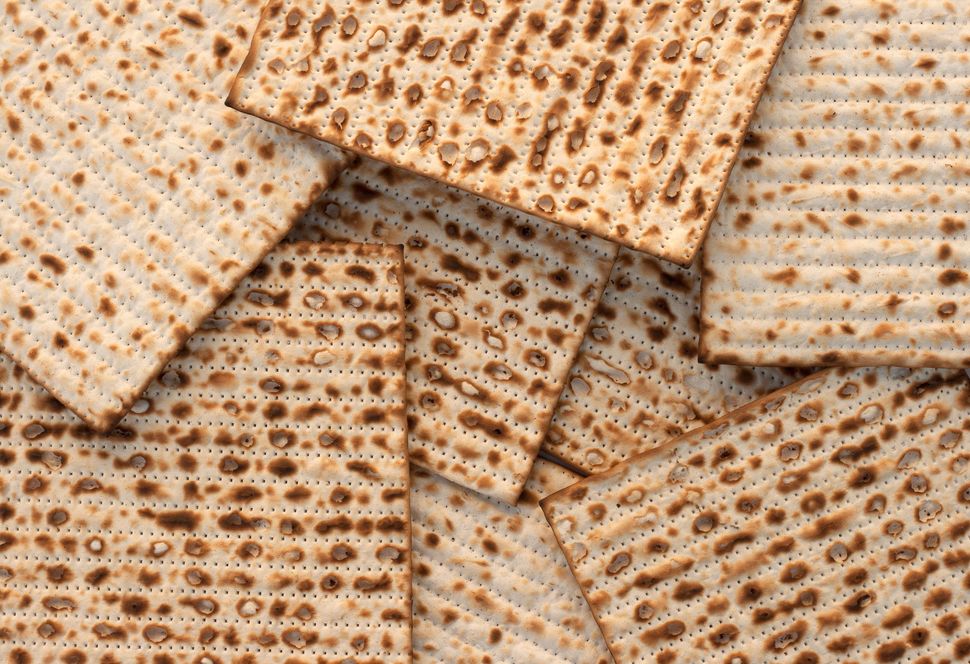 For my doctoral dissertation, I wrote on a much-misunderstood 18th century heretic named Jacob Frank. Yet I hadn’t really considered the relevance of Frank’s antinomianism – the belief that transgressing the law is a religious or ethical duty – to my own life.

Though Frank is often associated with transgressive sexuality and the failed messiah Sabbetai Zevi, his rejection of Jewish law was actually quite modern: he believed that observance of the commandments held people back from living full lives. And besides, their foundation just isn’t true. God didn’t write these rules and doesn’t reward those who observe them. The laws, while perhaps well-intended, are often arbitrary or outright harmful.

Last year, as the pandemic hit, Jews of all persuasions struggled with how to observe Passover. But Jews who observe halacha, Jewish law, struggled in particular with how scrupulously to uphold its laws in unprecedented conditions. While some kept a fully halachic Passover as always, many others compromised in ways we never expected: using our phones for Zoom Seders, refraining from attending synagogue services, and cutting corners on the onerous requirements to make our homes kosher for Passover.

Personally, I cut a lot of them.

My family had always changed over our entire kitchen, with special dishes and pots for Passover, covers on all the counters and shelves — the works. But last year, those dishes were in basement storage in Brooklyn, while we were sheltering in place upstate, so we made do with the regular ones. We’d always used only kosher-for-Passover-certified food (even though that’s not our practice during the year), but last year, we were stuck in yenemvelt and afraid to go shopping. So we cut corners there too, especially on kitniyot, the extension of Passover laws that ban non-leavened things like rice and corn. And as someone who works on my computer six days a week, I never used to turn it on on Shabbat or holidays. But I did, so we could see our family.

And it was great.

Cleaning halachically for Passover is a neurosis-inducing, stress-inducing, conflict-inducing chore, and the more strictly you do it, the worse it is. People take blowtorches to their stovetops. They hunt in bookshelves for errant crumbs. They plunge obviously-completely-clean flatware into boiling water to magically — sorry, “legally” — transform them into usability. And there is no end to it; whether you’re Haredi or Reform, there is always a stricter approach than the one you’re taking, and you’re encouraged to feel guilty about not doing it.

Over the years, I’ve wavered in my observance of these rules, but I’m well to the right of almost all non-Orthodox Jews. I’ve written articles and book chapters on the profound spirituality of searching for leaven, after all. So, while I’ve passed on the blowtorches for several years now, I still dunked a lot of silverware. Not to mention “selling” my pantry to a non-Jewish friend, thereby not owning any leaven, even though the sale was a silly legal fiction and carried a price of $1.

But when I didn’t do these things last year, I found Passover far more sustainable and even, given the pandemic circumstances, enjoyable. I wasn’t exhausted by stupid, meaningless, and hyper-legalistic cleaning that meant nothing to me. I had more time to be with my then-two-year-old daughter and my partner, and spared them both the inevitable stress of obsessive-compulsive Passover scouring. I just dealt with the fact that she was eating some chametz. The world didn’t end. The Jewish people didn’t disappear. And I even felt OK. Maybe God still loved me — in fact, maybe more than before.

Moreover, as I watched my mind in meditation, I noticed that the feelings associated with not doing these things were entirely irrational and fear-based. What would my deceased mother think? Am I a bad person? I entertained theological musings that I absolutely do not believe: that bad things would happen to me because of my transgressions; that I, a rabbi, was a hypocrite and a liar; that something was fundamentally wrong with the world because I was eating on the regular plates.

I’m sure this sounds ridiculous to non-observant and non-religious people — maybe a little deranged, given what was wrong with the world last year and how misdirected my anxiety was. And to repeat, I don’t actually believe any of this on a rational, conscious level. It was like my brain had mental malware.

But as absurd as those thoughts may sound, I’ll wager that a majority of halachically observant Jews have thought them. Or felt them, rather, since these are less thoughts than emotional waves, buffeting us back and forth. It was amazing to watch them come and go. Was this inchoate, irrational guilt at the core of all that scrubbing?

I think so. I think the feeling that the “deep down” feelings we all have that something is right often have guilt at their core, just as I saw when I wrestled with and came to accept my sexuality twenty years ago. Just because something is there “deep down” doesn’t mean it’s right. In fact, in terms of our mental health, it may be profoundly wrong.

Now, one year later, I am in an antinomian place that would make Jacob Frank proud. The values which I hold most dear — honesty, intimacy, spirituality, justice, compassion, meaning — all mitigate against Passover observances that are propped up by guilt. I think it is spiritually and ethically harmful to continue them, that the rabbinic impulse toward pseudo-scientific molecular purity is misguided, and that it’s a religious duty to transgress the law.

And yet, I’m actually struggling to break the law in the way that I should. I have to force myself to not scrub, dunk, and cover. It is taking some willpower not to “change the house over” and make everyone miserable. It’s crazy.

To be sure, Passover will still look very Passovery around here. We are bringing out the Passover dishes and making matzo ball soup. We are having two seders. We are singing, discussing, and celebrating. I love the Seder, the traditions, and the food. I’m just not chasing down nonexistent atoms of leaven. And my daughter will be eating rice mac and cheese.

These are extremely trivial changes that affect no one in the world but us. And that is precisely the point. Leaven-phobia is a waste of spiritual and physical energy. There are more important things to worry about and work on. Every moment I spend on rabbinic stricture is one moment less spent on things that actually matter. This year, even if it’s hard, I am freeing myself from Egypt.

Rabbi Dr. Jay Michaelson is the author of nine books and fourteen reviews of Passover Haggadahs.