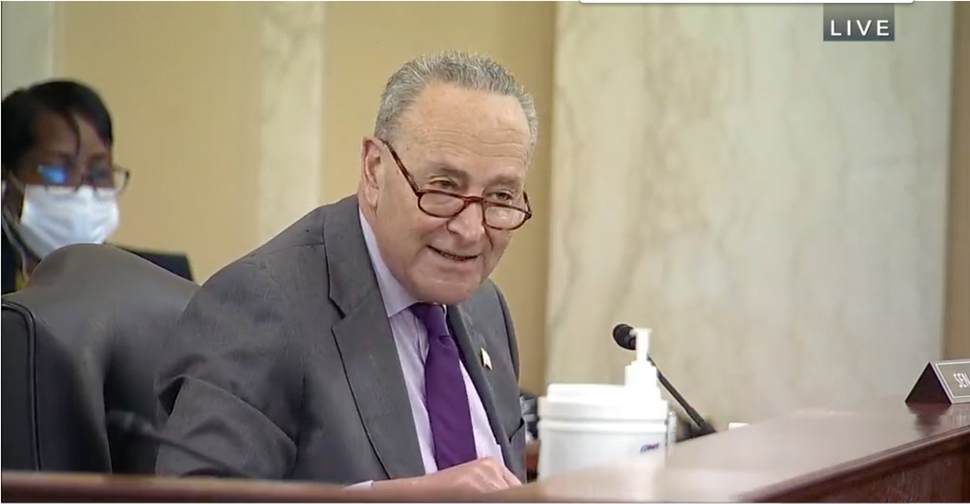 Georgia Republicans recently passed a bill to eliminate early voting on Sunday. “I’d like one of the Republican members on this committee to give us a plain sense justification for that restriction,” demanded Sen. Chuck Schumer in a meeting of the Senate Rules and Administration committee; voting remains legal Monday-Saturday.

Sen. Cindy Hyde-Smith, of Mississippi, took on the challenge. “Georgia’s a Southern state, just like Mississippi,” she said. “In God’s word, in Exodus 20:18, it says ‘Remember the Sabbath and keep it holy.’” She also pointed out that the senators were sworn in with the words “So help you God.”

Importantly, however, which God is implicated in the oath remains unspecified. In fact, this vagueness is central to the right to religious liberty enshrined in the Constitution. Arguably, this same religious liberty leaves the day of the Sabbath just as open to interpretation.

Hyde-Smith figured that it was self-evident that Sunday is the Sabbath. But she didn’t think about who she was talking to — Schumer is Jewish, as is Jon Ossoff, one of the senators from Georgia. The Jewish Sabbath, which is arguably the OG Sabbath, is on Saturday, not Sunday; in fact, some Christians, such as the Eastern Orthodox, also observe a Saturday Sabbath.

Even Sunday Sabbath Christians would agree that their Sabbath is not the biblical one Hyde-Smith is referring to in Exodus. Christianity’s shift to observing the Sabbath on a Sunday, as well as changing the parameters of its observance, was an attempt by Christians in the Roman empire to differentiate themselves from Jews, who were persecuted by the Romans. Constantine then codified the Sunday rest day, adding to the law that Christians were forbidden from “Judaizing” and must work on Saturdays. But no one argues that Sunday was the “seventh day” referred to in the holy text; it was considered the first day of the week in both Hebrew and Roman calendars. Hyde-Smith’s Exodus justification for the Sunday voting ban doesn’t hold.

Additionally, Georgia’s other senator, Raphael Warnock, is not Jewish — he is, in fact, a reverend — but he too is likely to be in favor of Sunday voting, despite Hyde-Smith’s jab that religious Christians would never desecrate the Sabbath with democracy. In fact, the Christian Sabbath is known as a voting day in many churches. As Senator Schumer pointed out in his opening remarks, it is “a day when many church-going African-Americans participate in voter drives known as Souls to the Polls.”

Schumer accused Georgia Republicans of passing the bill in a targeted attempt to block the African American vote. Yet Schumer did not mention the fact that the Sunday ban could easily prevent religious Jews from being able to vote easily as well since they can’t vote on Saturday, the weekend day left open for legal voting.

Georgia’s Black and Jewish communities exerted huge efforts to mobilize voters to the polls during Warnock and Ossoff’s runoff election, and were crucial to their win. Warnock’s own church, Ebenezer Baptist, participated in Sunday Souls to the Polls efforts, despite Hyde-Smith’s accusation of blasphemy; presumably, they don’t see voting as a Sabbath violation. “Matter of fact,” Warnock told Baptist News, “I think a vote is a kind of prayer.”

Mira Fox is a reporter at the Forward. Get in touch at [email protected] or on Twitter {@miraefox](twitter.com/miraefox).