In ‘The Third Man,’ a disturbing and cautionary tale for American politicians 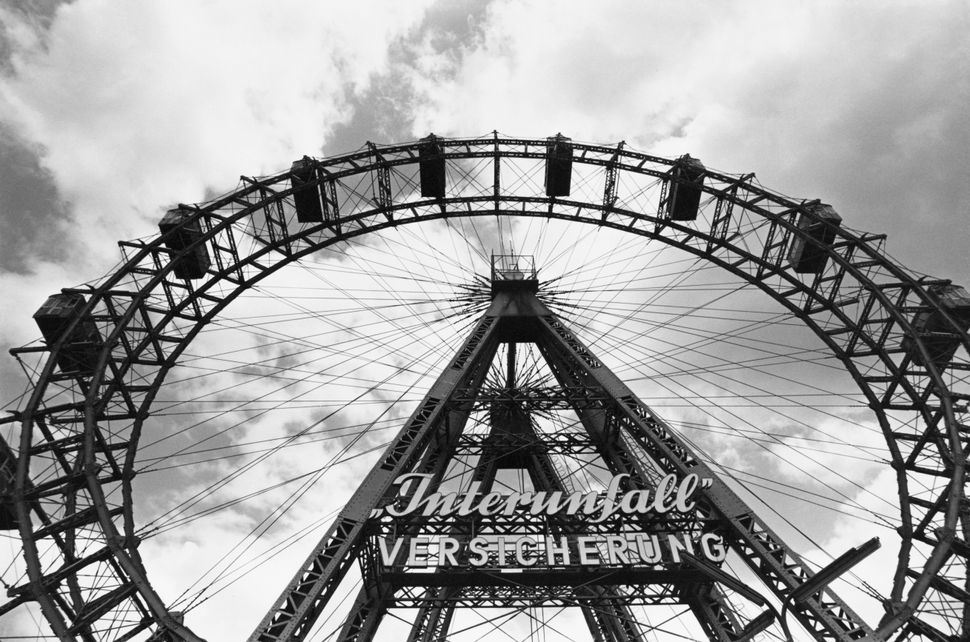 The Ferris wheel at the Prater Park in Vienna. By Getty Images

At a press briefing on Monday, Mar. 29, Rochelle Walensky, director of the Centers for Disease Control, went off script. With the growing number of states now reopening for business, she warned this would lead to a growing number of deaths. Speaking not as the CDC director, but as a wife, mother and daughter—one who, clearly, was holding back tears—Walensky confessed to the “recurring feeling of impending doom” because Americans were returning to their normal lives before it was safe to do so.

With history’s usual cunning, Walensky started her briefing as the first day of Passover ended. Our governors — mostly Republicans, but also a few Democrats — seemed to have taken the wrong lesson from this solemn day. Standing Moses on his head, they did not warn their fellow citizens to avoid large gatherings and wear masks — the equivalent of keeping their doors closed, if not adding a dash of lamb’s blood about it — but instead encouraged them to open those doors and go shopping.

In the words of Texas governor Greg Abbott, the decision to reopen Texas and lift the mask mandate was to “ensure that all businesses and families in Texas have the freedom to determine their own destiny.” As for the pandemic, he declared COVID-19 was not yet gone, but apparently gone enough that “state mandates are no longer needed.” Several other states — all led by Republican governors—have also lifted mask mandates, despite the 10% rise in positive cases and overwhelming scientific evidence that masks help significantly in warding off this particular angel of death..

One explanation for the decision of these governors to hand us back our destiny can be found in a movie. Not Cecil B. DeMille’s “The Ten Commandments,” mind you, but instead Alexander Korda’s “The Third Man.” While the former fell short of the Oscar for best film in 1956, the latter won the British equivalent, the BAFTA, in 1949. And for good reason. Based on a script by Graham Greene and shot on location in a dismal and divided postwar Vienna, the film is dominated by the performance of Orson Welles as Harry Lime. A seductive nihilist, Lime has filled both his own wallet and city’s morgues by selling diluted penicillin to hospitals.

In their effort to catch Lime, British officials turn to his ne’er-do-well friend, Holly Martins, who has come to Vienna at Lime’s invitation. Played by Joseph Cotten, Martins arranges to meet with his elusive friend at the Ferris wheel at the Prater, the city’s amusement park. Stepping into one of the cars, the two friends ride to the very top. Lime flings open the car’s door when Martins demands to know if he thought about the victims of his nefarious scheme. “Don’t be melodramatic,” Lime scoffs. Urging Martins to gaze at the ground far below, Lime asks: “Would you any pity if one of those dots stopped moving forever? If I offered you 20,000 pounds, would you really, old man, tell me to keep my money? Or would you calculate how many dots you could afford to spare?” 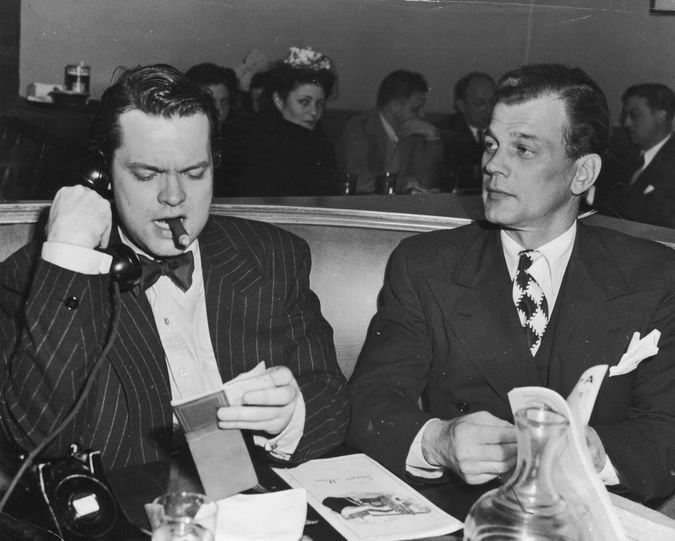 Orson Welles and Joseph Cotten: The future stars of ‘The Third Man’ as seen in 1943. By Getty Images

Is Lime a one-of-a-kind slime? Or is this slime part of the human condition? The greater the physical or social distance from others, it seems, the greater our indifference to their plight. This apparent quirk in our character mesmerized the Enlightenment philosopher Denis Diderot, who marveled that, were it not for the threat of punishment, “many people would have fewer qualms at killing a man who was far enough away to appear no larger than a swallow than in butchering a steer with their own hands.” Rather than making the heart grow fonder, distance only makes it grow colder.

Thanks to Honoré de Balzac, the ease with which we morally distance from others became known as the “mandarin paradox” in France. In his novel “Père Goriot,” Balzac has his young protagonist, Eugène de Rastignac, weigh the offer of untold riches in return for being indirectly implicated in the murder of a man he had never met. Perplexed, Rastignac asks his friend Bianchon if he would will the death of “an old Chinese mandarin” in exchange for great wealth while never leaving in Paris. To his undying credit, Bianchon blurts “Hell no!”

For philosophers, the mandarin paradox goes to the heart of the question whether morality has an otherworldly — think Moses splitting the Red Sea — or a worldly basis that rises no higher than a Ferris wheel car. Yet social psychologists, less taken by such grand questions, simply acknowledge the worldly fact that we display tireless ingenuity at finding ways to ignore the humanity of our fellow human beings. The Stanford psychologist Albert Bandura has categorized and counted all the ways in which we engage in “selective moral disengagement.” They range from the use of euphemistic language (“Our right to freely choose”) and the minimization of the consequences (“I trust my fellow citizens to follow guidelines”) to attribution of blame (“The Kung Flu”) and the diffusion of responsibility (“I am following the science”).

What they miss, though, is what Greene and Balzac caught. After his grim meeting with Lime, a disgusted Martins decides to decamp from Vienna. Yet the British officer Major Calloway, played by Trevor Howard, first invites Martins to accompany him to a hospital. It is there that Martins meets the “dots” in Lime’s eyes. He comes, quite literally, face to face with the children who are dying from Lime’s moral disengagement. Staring down at one of the beds, Martins suddenly looks away. After a pause, he tells Howard: “OK, you win,” agreeing to help capture Lime.

Of course, what won was the reality of death. It is not an accident that Bianchon is a medical student familiar, but not yet too familiar with how people die. He is incapable, at least at this point in his life, to imagine himself on the other side of the world or at the top of a Ferris wheel. Yet this, I suspect, is precisely the perspective of those who are making life and death decisions in our state capitols. The distance from the governor’s office to an ICU can be as great, ethically and cognitively, as that between China and France. Perhaps the only way to close that distance—to be moved from talk about destiny by the sight of death—is by spending time, like Martins or Bianchon, in a hospital ward or with families who have lost a parent, sibling or child.

“The Third Man” does not end at the Ferris wheel, but in a cemetery. Attending Lime’s funeral, shot dead by Calloway after a dramatic chase through the sewers, Martins finds himself alone among the gravestones at the film’s ending. The steps toward moral disengagement taken by some of our political leaders makes it probable, if not inevitable, that more of us will find ourselves in Martins’ shoes sooner than later.

In ‘The Third Man,’ a disturbing and cautionary tale for American politicians