For this survivor and member of the French Resistance, the scars remain 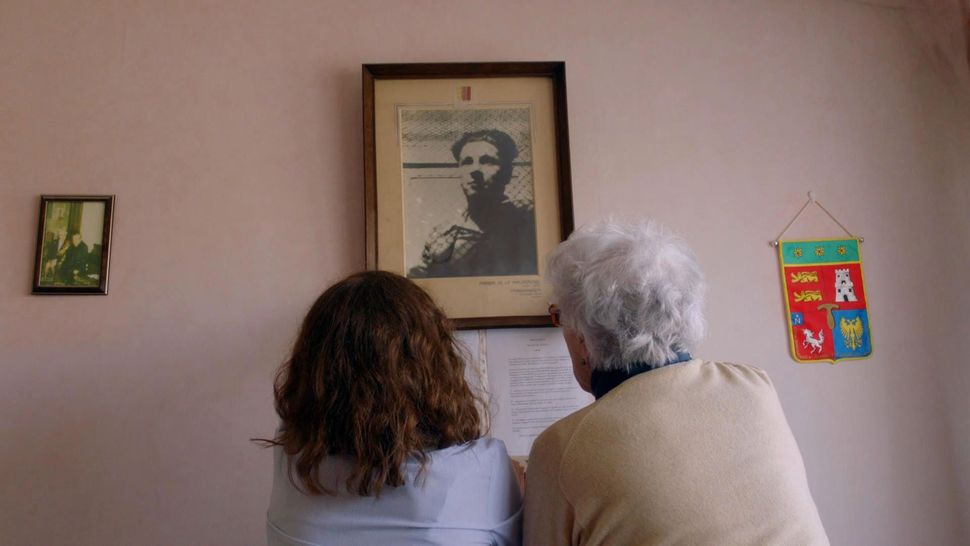 “Colette,” Anthony Giacchino’s extraordinary Oscar-nominated short documentary, is at once simple, complex, and nuanced. It tells the story of Colette Marin-Catherine, an elegant, stoic 90-year-old woman, member of a French Resistance family, who lost her older brother Jean Pierre in the Nordhausen slave-labor camp, circa 1945. He was 17 or 18 at the time, and she was three years younger.

The Paris-based Colette has never set foot in Germany or a concentration camp. She’s repelled by the “morbid tourism” identified with such visits. Yet when Lucie Fouble, a young French history student researching the fate of French Resistance fighters, befriends her and suggests that they take the trip together, Colette agrees to join her and bear witness to the place where Jean- Pierre perished; one third of the 60,000 who came through that hell hole met the same fate.

Colette is ambivalent on many fronts. She admits she barely knew her brother. “I have a lot of grief, but we were not close,” she said. Indeed, she has reason to resent him even as she suffers survivor’s guilt 75 years after the fact. He was brilliant in school (she wasn’t). He took great risks in the Resistance, while she took notes. Jean-Pierre was clearly the family favorite. Her mother, a formidable presence in her own right, said she wished Colette had been killed instead of Jean Pierre.

Whatever the interpersonal dynamics may have been, the family was remarkable. During the Resistance they distributed forged documentation so that French Jews could escape. They also took photos of marauding Nazis, knowing that if they were discovered with cameras, they could have been shot on the spot.

While Colette insists, “The scar remains, the pain is gone,” she is haunted by her brother and Lucie’s invitation is compelling. Perhaps it has something to do with her advanced age and the need to formally “honor his memory.” Nonetheless, she says, “I know once I cross Germany I’ll never be the same.”

In one of the more striking scenes, she is toasted by Nordhausen’s former mayor in a local German restaurant. Colette sits at a table alongside other welcoming locals as he talks about the sorrowful reason for her visit. He says the Holocaust era had a huge impact on his life and that the world must make sure it never happens again. Colette tries to maintain her composure, but appears slightly dizzy and abruptly bursts out. “I’ve had enough. Everyone stop talking.” The mayor seems well-intentioned. But when the audience hears him through Colette’s ears his commentary becomes grating prattle — almost brutal, claustrophobic and insensitive.

Throughout there are so many provocative contradictions and cross-currents, not least the actual train trip to the camp. The surroundings are bucolic, yet a shot of the train tracks hideously evoke the packed boxcars that brought prisoners to the camps like so many cattle to the slaughter house. The preserved tunnel where the enslaved prisoners created weaponry is also visually stunning with the twisted metal hulks that still remain. It’s sculptural and grotesque. Colette calls the place “Dante on earth.” More men succumbed in the tunnel than were killed by the ammunition. Most prisoners died within a month.

Later, wordlessly walking together through the now-empty and abandoned woods, Colette bursts into the most gut-wrenching sobs. “Why didn’t I bring flowers?” she asks. Lucie is silently crying too. “What a team we make,” Colette says. The two women forge a powerful bond that transcends age, generation, and experience. Their unlikely friendship is life affirming. In the end still seated on the camp grounds they listen to the birds sing and silently acknowledge nature’s cycle.

The film leaves many questions unanswered, from Colette’s post-Resistance life to Lucie’s history and motivation. But that’s not a flaw. The film’s emotional wallop is all the greater without embellishment. So much is open to interpretation.

For this survivor and member of the French Resistance, the scars remain