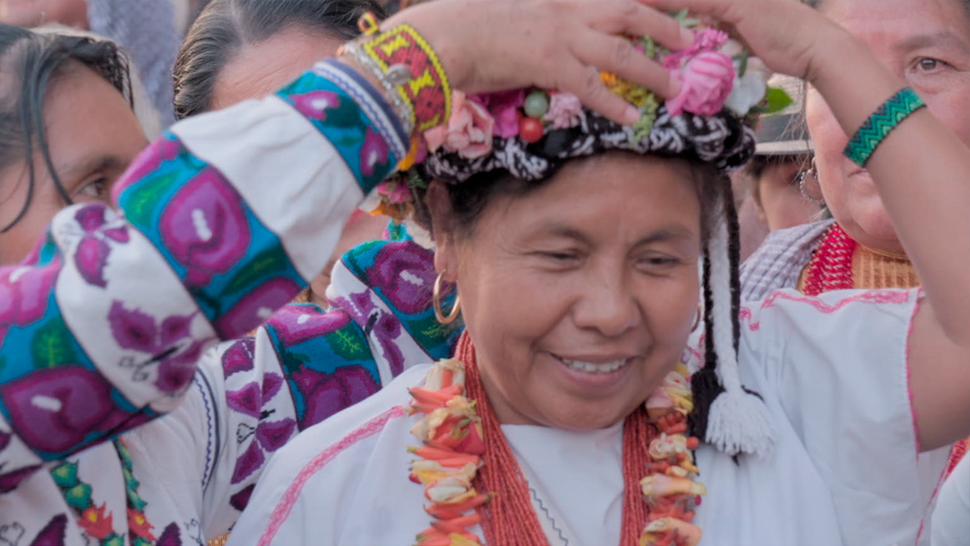 Historic Run: Maria de Jesus Patricio Martinez, a longtime activist and traditional healer known in Mexico as Marichuy, was selected by the National Indigenous Council to speak for and represent the nation’s 8.7 million indigenous people.

There are no voiceovers in the new Mexican documentary “The Spokeswoman.” No talking heads, no academic commentators, no political analysts, no institutionally accredited experts, and no directorial flourishes in the form of sweeping sound cues or flashy cuts. With very few exceptions, the only voices one hears are those of the men and the women, especially the women, whom Maria de Jesus Patricio Martinez spoke with and worked with during her historic run for President in 2017-18.

Patricio Martinez, a longtime activist and traditional healer known in Mexico as Marichuy, was selected by the National Indigenous Council to speak for and represent the nation’s 8.7 million indigenous people, and their fight for the land, languages and cultures that each year become more endangered by politicians, narcotraffickers, transnational mining companies and, often, the collaboration of all three.

By conventional markers of political success, Marichuy lost. The IGC’s candidate did not even make it to the ballot.

But this was not a conventional campaign, nor did it seek a conventional victory. “The Spokeswoman” chronicles a movement that offers a different idea of politics and a different idea of what is possible within the political realm, one that acknowledges the apocalyptic nature of the times we live in. The movement Marichuy represents is no less than a fight for the planet itself, a fight led by the people who have suffered most from its depletion. I spoke with director Luciana Kaplan about how being Jewish drew her to this fight, about why it was so important to her to let her subjects speak for themselves, and about how their collective journey galvanized Marichuy, the movement, and their even more ambitious goals for the future. 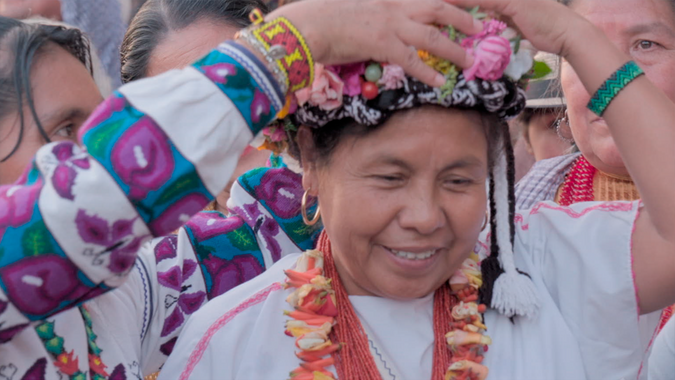 Historic Run: Maria de Jesus Patricio Martinez, a longtime activist and traditional healer known in Mexico as Marichuy, was selected by the National Indigenous Council to speak for and represent the nation’s 8.7 million indigenous people.

What first inspired you to make this film?

Well, in 2017, Carolina Coppel, who has been involved with indigenous movements for years, called me and told me that the National Indigenous Council was planning to put forward a presidential candidate, and that the candidate would be a woman. I was in the middle of editing “Rush Hour,” I was completely overloaded with work, and I had no idea how I would make the time, but this was too important to miss.

It’s the most difficult feeling I’ve ever had making a film, but the experience for me was life changing.

We accompanied Marichuy on her tour, being on the ground and seeing the country through her eyes. On the one hand it was painful: Whether it’s the narcos, the big international companies, the government or a combination of all three, there is an incredible amount of suffering and rage. On the other hand, no one in this film is a victim. The people are organizing to fight back. It is not just Marichuy, it’s a movement. A movement for survival.

This leads to a specific formal decision you took which is unusual for a campaign documentary. You do not focus on her so much as on the communities she visits. Why?

If you only hear her speak, then it’s just words. You need to see what communities throughout Mexico are facing, in terms of violent intimidation, in terms of legal disrespect, of attempts to defraud them of their land, in order to feel the anger and the emotions. Land is at the center of the struggle in this film.

When you first asked me to talk about being Jewish and how that connected to that film, as I told you, I wasn’t sure. My family isn’t religious, and I’ve never felt so connected with the Jewish community in Mexico. At the same time, I come from a family that had to escape their country twice. First my great grandparents, who fled the pogroms in Ukraine and Belarus for Argentina. My family thrived there, for several generations. But my father was a human rights lawyer, a Trotskyite Marxist, very left wing, and the Argentinian dictatorship didn’t like that at all, and so we had to leave again.

Each time we survived, yes, but we lost our land, and our home. So that sense of persecution, that sense of having to flee the land of your childhood — that is something that resonates strongly for me.

The persecution has gotten worse if anything in the past five years. There have been an extraordinary number of land defenders and environmental activists murdered in Mexico, murdered specifically for fighting back. And then women are also being murdered at record rates. And of course Marichuy herself — largely because of corruption — did not even make it to the final ballot. So what did this campaign actually achieve?.

They achieved so much. First of all they were able to connect with and organize with other indigenous groups all over the country. The Yaqui, the Wixarika, the Maya in the south…everyone. These are all peoples who all speak different languages, who were fighting their battles alone, who are now organized, networked, and connected in a way that is stronger than before. The council, and Marichuy, and their tour of the country — that helped plant and nurture new seeds within their movement.

And beyond that, the decision to put a woman at the lead was very powerful.

Why is it so important that she is a woman?

We had to. This is a film told in their own voices, collectively: Yes, she put herself in for the campaign, but again, the symbolism is important to their rejection of politics as we know it, right from the start. She’s not the candidate, she’s the spokeswoman. That tour to gather signatures was more than her asking them to sign for her. It was also her asking them What do you want? What do you need? And this is very much based on indignous means of organization in the communities traditionally. They hold assemblies, and instead of voting, they talk. They talk until they come to an agreement.

This is a fight for life itself.

You said making this film has changed you. How so?

I come from a family that was left wing and political. I don’t believe in that anymore either. We need another way of thinking about the world or we’re going to disappear. Everything else smells old.

And it’s not just me. People who have seen the film have come to us with new respect for her message. People from the elites even — the ones who dismissed her 4 years ago, now they’re listening. “what she is saying is so much better than the president we have now.”

No, even with this new momentum?

Definitely not. You can see in the film how much corruption they faced during that campaign. They’ve given up on the political system as we know it, and they’re going to go in another direction. They intend to travel, to Europe and all over the world, to connect with other people who share their views.

There are no politicians who are going to fix this. It has to be politics from below. This is something they understand.

In the film, Indigenous Council Member Yamili Chan says “We don’t need to always have the answer. We’re looking for the questions.”

If someone tells you “I know the way. I have the answer,” that in and of itself is suspicious. This movement is more humble: They say I don’t know. We’re going to walk together, and find out together.

And this walking together, it’s really the only hope. For all of us.

“The Spokeswoman” is available to stream virtually in the U.S. this week at the San Francisco Film Festival. Canadians will be able to see the movie at the end of April when it screens at Hot Docs