My life as the big cheese at Murray’s 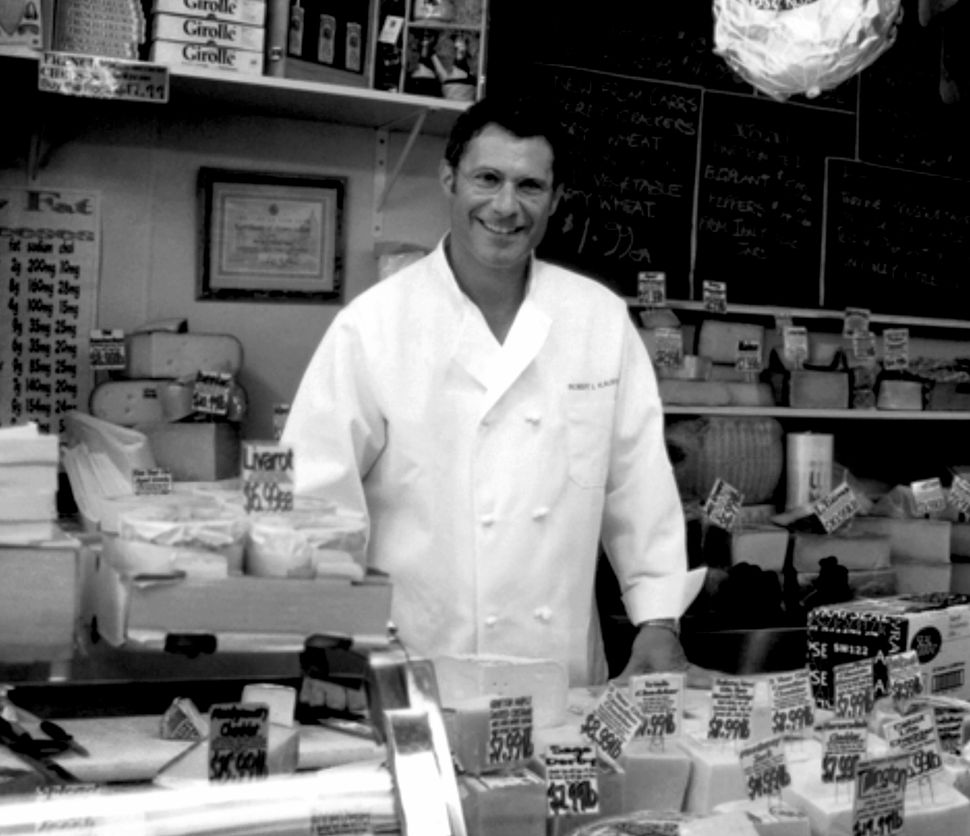 Just Like Starting Over: Robert Kaufelt’s vision for Murray’s Cheese paid homage to his family’s history in the grocery business. Courtesy of Robert Kaufelt

In 1987, bankrupt and divorced, I washed up in Greenwich Village at my brother’s apartment in the John Adams on Sixth Avenue He’d left Wall Street to do tax law in the entertainment business in Los Angeles, and told me I could crash at his place until it sold.

I’d left the family grocery business a few years earlier to strike out on my own, but the success I’d had there as president of Mayfair (Foodtown) Supermarkets was already history. My full-service specialty store, Kaufelt’s Fancy Groceries (so named for my grandfather’s original market in Perth Amboy, New Jersey), was clearly not what Princeton wanted. The Village offered the respite and anonymity I needed to recoup and decide what to do next. Food retail was what I knew, however, and so I began to look for a job.

When I approached Andy Balducci for a job managing his iconic store on the corner of Ninth Street, he laughed and threw me out. Other initiatives were met less harshly, but with basically the same result. My parents, from whom I was then estranged (for leaving the family business, divorce and the recent Chapter 11) decided to buy my brother’s flat for a pied- a-terre in the City. They promptly threw me out, and I found a small flat down on Cornelia Street, between West Fourth and Bleecker Streets.

Right across the street was the old Murray’s Cheese Shop, reputed to be New York’s oldest, and a great place to shop for cheap cheese and Italian specialties like olive oil and pasta, olives and peppers. One winter’s day, while waiting patiently in line (you had no choice, the service was slow), I heard the owner Louis tell the customer in front of me he’d lost his lease and was closing up in May. When it was my turn I asked why he didn’t move to the corner, where the old Durando meat market had vacated. He told me he was going back to Italy, so on a whim I offered to buy his business, assuming I could get a lease. I had $50,000, and gave it Louis for the goodwill. 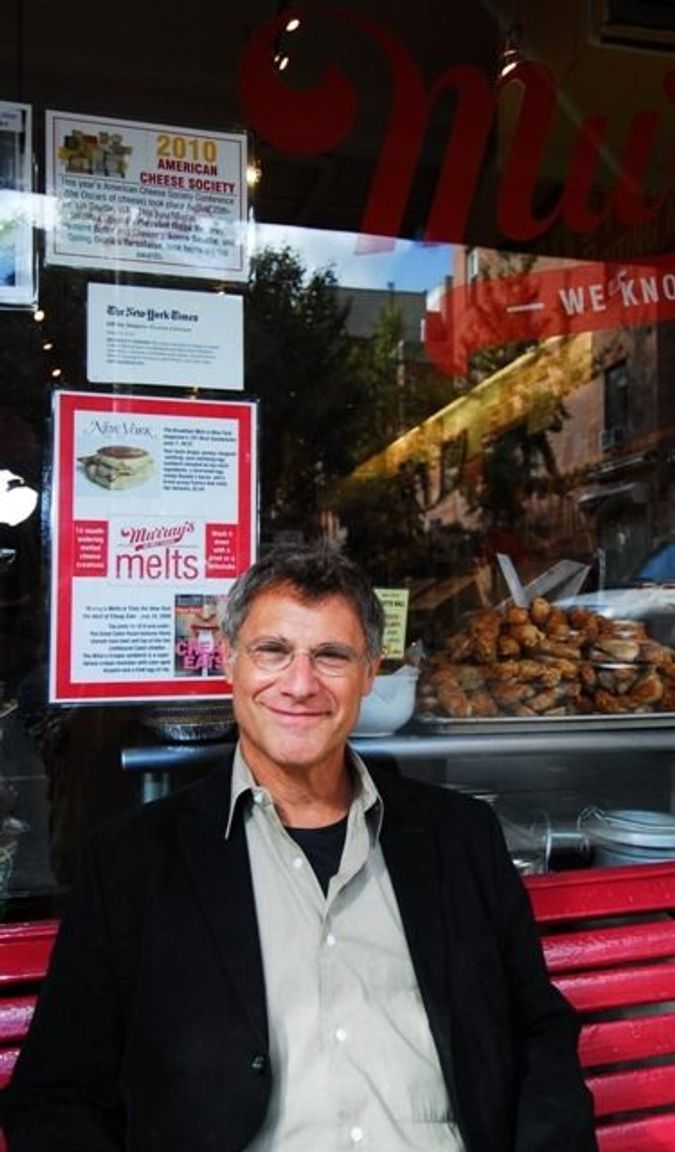 I met with Durando, the landlord, and a tough old Sicilian butcher, who told me I could have a lease provided I never got behind in my rent ($4000/month); otherwise, he’d come after me like some guys he hit across the knees with a two by four when he was a kid tending his flock up in the hills of Sicily. The message was clear. I figured if I did a little more business in the new location I could pay his rent, my apartment rent, and still have enough for a two-week vacation each year. I had lost my illusions; this was about survival, and finding the best cheeses, and continuing the good service, albeit at a brisker pace.

And so, at age 43, I started over behind the counter, with used equipment in my tiny new 600-square-foot shop. Louis asked to come work for while, and I said yes, he knew the customers and I was the new kid on the block. Frankie, the delivery boy, a son of Maltese immigrants, came too and eventually became the manager. Luigi, a friend from the neighborhood, joined our team, and as a gay man who spoke Italian flirted with the old ladies in his flamboyant way, until he got sick and died a few years later in the AIDS ward of St. Vincent Hospital.

Thus began my 25-year odyssey at Murray’s Cheese. We were told stories about Murray that now, thanks to the story in the Forward, proved to be different from the ones we were told, but we were creating our own newer myths as the business grew. I heard stories of the folk scene I’d loved as a young man from Dave Van Ronk, the Mayor of MacDougal, and a regular at Murray’s, a scene that had by now long disappeared. In its place, the new world of food was dawning, and our block alone would see Mario Batali reinventing Italian cooking; David Page at Home do the same for American cuisine; and Rebecca Charles reinvent seafood (especially the lobster roll) at Pearl. We were pioneers all, and now, a few years after selling my business (but still a Village resident), I wonder what the next thing will be in Greenwich Village, the finest of all neighborhoods.

My life as the big cheese at Murray’s