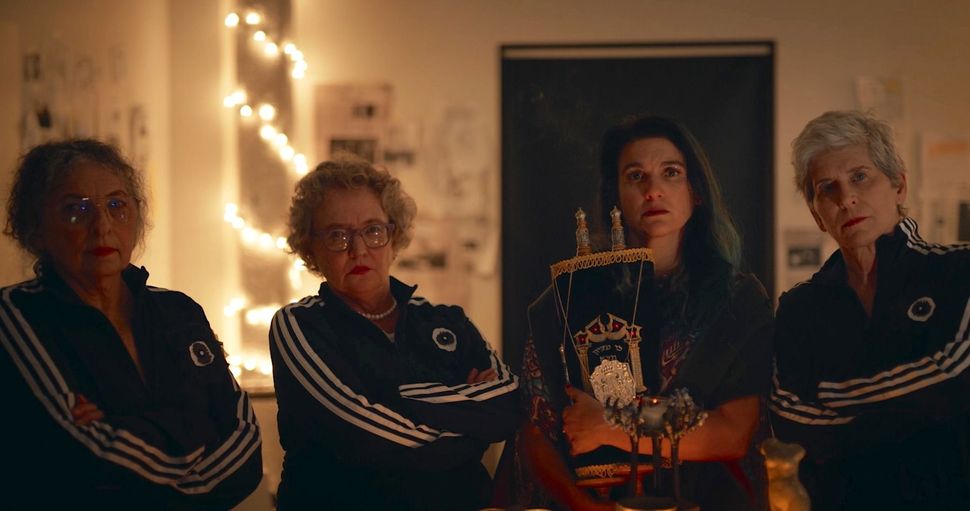 Rabins and her gang of elderly Jewish ladies in a still from the film. Courtesy of A Kaddish for Bernie Madoff

When Alicia Jo Rabins wrote “A Kaddish for Bernie Madoff,” she had no idea it would come out the year Bernie Madoff actually died. “Wow. It’s an odd experience to have my phone blowing up because someone I’ve never met died in his 80s!” she said when I emailed her today.

Though the kaddish prayer is generally said for the dead, Rabins’ film is not about Madoff’s death at all. It began as a one-woman show that Rabins, the film’s author and star, conceived when she developed an obsession with the pyramid scheme mastermind during an artist’s residency in Manhattan, where she watched the market crash from her window. She adapted it into a movie with director Alicia J. Rose, whose expertise lies in directing visually rich music videos for artists such as Cake. (Yes, they’re both named Alicia and yes, it’s confusing; they go by AJo and ARo respectively to make things easier.)

The result is a hallucinogenic, experimental art piece grappling with identity and betrayal. There are mesmerizing sequences of synchronized swimmers and witchy rituals created by Rose. There are songs that Rabins composed based on interviews with financial risk analysts. There’s campy makeup and wigs so Rabins can play every character. None of it is really about Madoff. And yet the film, which is next screening at the Ashland Independent Film Festival, is poised to be the perfect template to understand and process the investor’s legacy in the wake of his death.

“It’s a kind of mystical vision of everything being interconnected,” Rabins said. “And that’s how the financial market works too. In modern finance, when there’s a crash on Wall Street, it affects the entire world, people across the world who have nothing to do with finance.” 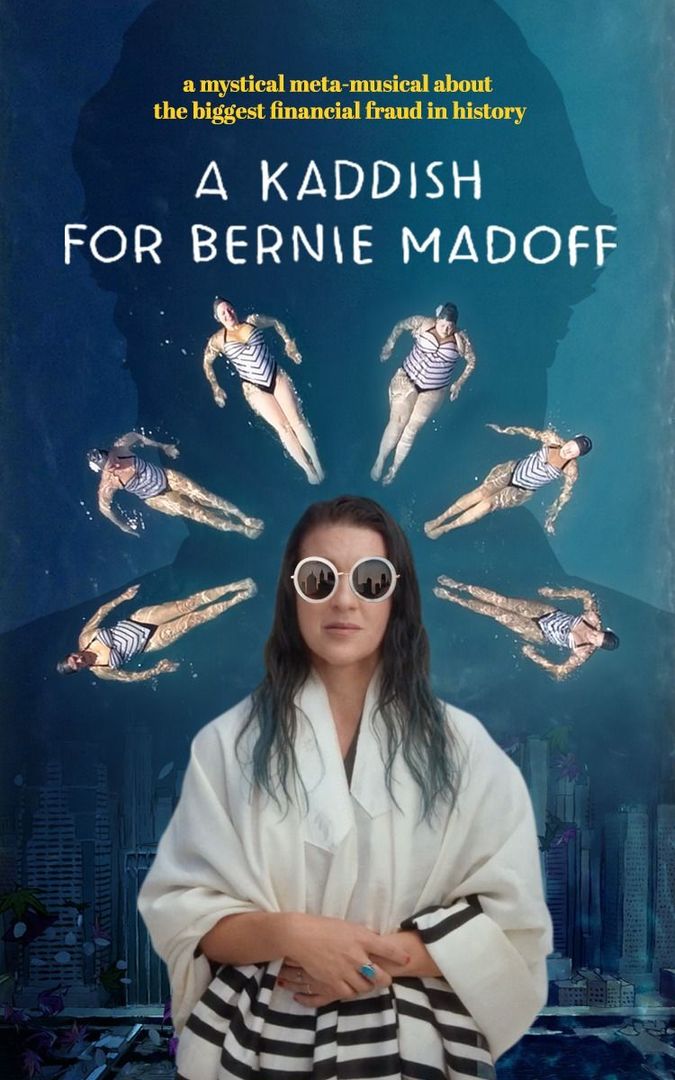 Rabins had heard that Madoff’s congregation in Palm Beach said kaddish for him, to excommunicate him. Though that turned out to be a false rumor, it raised a provocative question: How do we, as a community, handle someone like Madoff, someone who is one of us yet we don’t want to claim?

“I hated thinking of Madoff as a Jew. I mean, he’s pretty much the definition of bad for the Jews,” Rabins says in the film. And yet, she says, she can’t help but feel connected to him, and even feel some responsibility for his sins; he looks like her dad. In fact, she observes in the film, his Jewishness was core to his success — many of his victims came from the same community and trusted him as a fellow Jew, a pillar of the community.

This trust also reflected a deep desire on the part of his victims — not for insane wealth but for the safety promised by Madoff’s perfectly consistent results. “Someone rises to power simply by telling people what they want to hear,” Rabins wrote to me. “His returns were statistically impossible. So the fact that so many in the financial world bought into it reflects a sort of messianism, I think — a longing for someone who can transcend the limits of life on this earth.”

“I’ve always thought of Madoff as a cipher at the center of this film,” she added. “It’s about the part of each of us that wants things to be neater than they are, that wants the possibility of infinite expansion in the economy and in our lives and the lives of those we love.”

Rose — who did not, at least initially, have the same obsession with Madoff that Rabins had — was drawn to the project by its resonances to our current world, especially with the rise of Trump. “We don’t only say the kaddish for Bernie, we also use it to mourn the pain the victims suffered by his thoughtless crimes, and investigate the massive system that allowed him (and other sociopaths like him) to function for decades,” she wrote to me in the wake of Madoff’s death. As the film points out, kaddish is a ritual for the living, not the dead, helping those hurt process their grief. 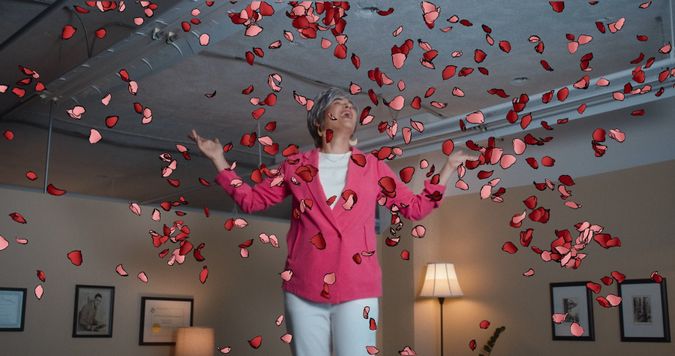 Rabins in costume during a scene from the film. Courtesy of A Kaddish for Bernie Madoff

But it’s not all forgiveness and compassion; in one scene, Rabins ritualistically chants biblical curses for Madoff, of harvests decimated by locusts and children that will die — curses that have come true, with the death of both of Madoff’s sons before Madoff himself died, she pointed out.

With Madoff death in prison, it seems as though the biblical curses have been fully realized, and it’s time for the final Jewish ritual — kaddish. “I wonder if anyone will actually say kaddish for Bernie Madoff, now that he’s actually dead,” mused Rabins. “I doubt it.” And yet, she already has.