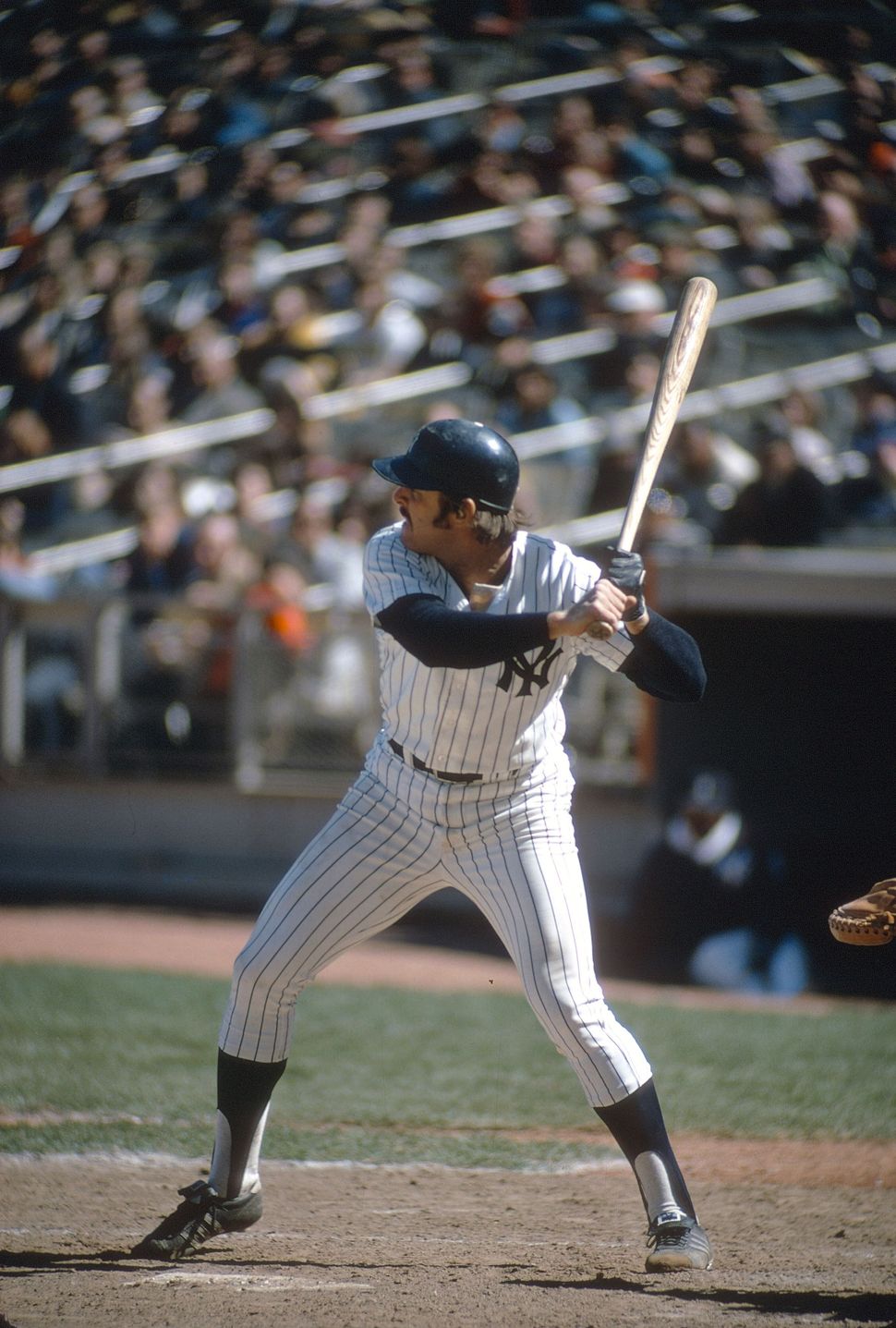 No. 1 Pick: Ron Blomberg was drafted by the Yankees in 1967. By Getty Images

This essay has been excerpted from “The Captain & Me: On and Off The Field with Thurman Munson” by Ron Blomberg with Dan Epstein and is printed with the permission of Triumph Books..

I was lucky to get drafted when I did. If the Yankees hadn’t been so bad in 1966, they wouldn’t have had the No. 1 pick for the ’67 draft, and some other team might have drafted me before them. I didn’t want to sign with any other team. If the Yankees hadn’t drafted me, I probably would have gone to UCLA and played basketball for John Wooden, or played football for Bear Bryant at Alabama. I was a basketball and football star in high school as well as baseball, and both UCLA and Alabama were offering me scholarships to come and play for them. Those were two of the most exciting programs in college sports, so playing baseball for anyone other than the Yankees seemed pretty unexciting to me in comparison. I mean, I was kind of a Braves fan at the time, but that was only because I lived in Atlanta and they’d recently moved to town from Milwaukee. If they’d drafted me, I wouldn’t have signed with them.

I’d grown up going to see a minor league team called the Atlanta Crackers, who played over at Ponce de Leon Park, which wasn’t too far from where I lived. I was a big Atlanta Crackers fan. Nobody was talking about Major League Baseball down there at the time, and the only time we ever got to see Major League Baseball down there was on NBC’s Game of the Week, with Pee Wee Reese and Dizzy Dean calling the games. The Yankees always seemed to be on “Game of the Week,” with their games being broadcast from the old Yankee Stadium. At the time, the Yankees had guys like Mickey Mantle, Roger Maris, Whitey Ford and Yogi Berra. I saw them play some spring exhibition games in Atlanta on their way up to New York from Fort Lauderdale, and I became a Yankee fan. And then I started learning more about Yankee history, and understanding what an important team they were. Mickey Mantle became my hero; I would imitate his stance and his swing, and always ask to wear No. 7 on my Little League and high school teams. So when the Yankees started scouting me, that was as exciting to me as being scouted by UCLA or Alabama.

The other thing that appealed to me about playing for the Yankees was New York City. I wasn’t very religious, but I was always a proud Jew, and my family had always celebrated Hanukkah, Rosh Hashanah and Yom Kippur. There weren’t too many Jews down in the South back then, and the KKK and the John Birch Society were pretty active, and they didn’t like Jews very much. But my parents told me that there were all these Jews in New York, and that was a big deal to me. The idea of playing ball in front of a lot of Jewish fans in New York was really exciting to me, and I knew that being a Jewish ballplayer in, say, Detroit or Cleveland or Kansas City or Houston wouldn’t be quite the same thing. So when the Yankees drafted me, it was a no-brainer for me to sign with them. 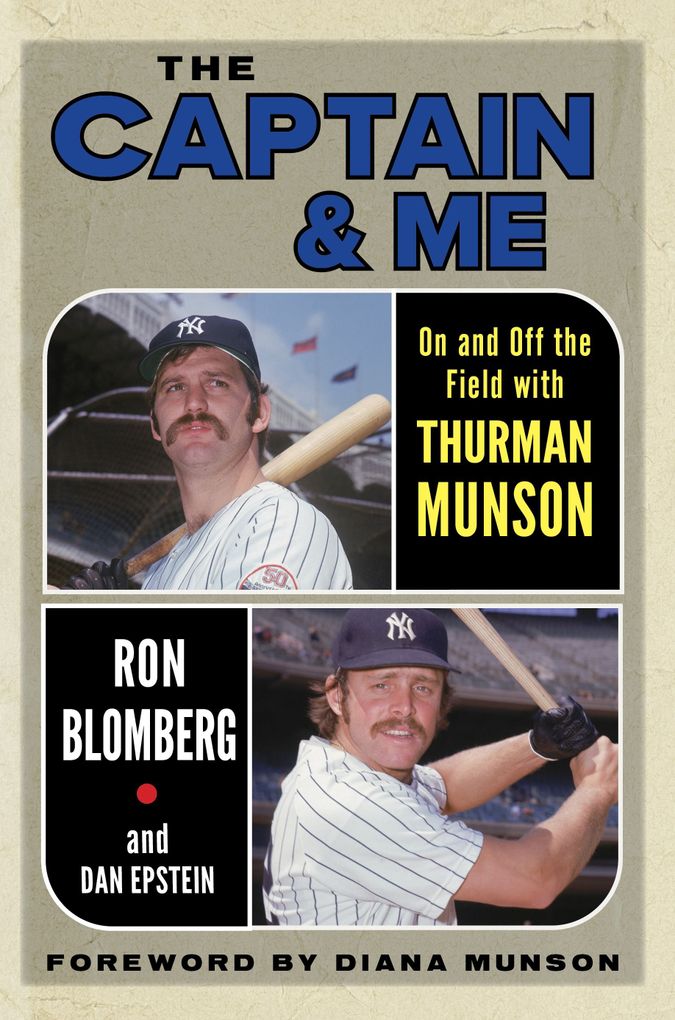 The Captain and Me: Ron Blomberg’s memoir tells of his friendship with Thurman Munson. By Triumph Books

The Yankees were excited about the idea of having a Jewish player, too. They weren’t drawing a lot of fans to the ballpark in those days, and they knew having a Jewish star would be a good gate attraction for them and bring a lot of Jewish fans out to Yankee Stadium. Also, in those days, the team had kind of a reputation, unfairly or otherwise, for being antisemitic — just like they’d had a reputation for being racist, because it took them so long to sign a Black player — and signing a Jewish player would definitely help improve their image along those lines.

Of course, the Yankees also needed a great catcher, which is where Thurman came in. They’d won all those pennants and World Series with Yogi Berra and then Elston Howard behind the plate, but by the time Thurman and I came to training camp in ’69, they had Jake Gibbs and Frank Fernandez splitting time as starting catcher. Both were good guys who were solid defensively — and Frank had some decent pop in his bat—but nothing about them exuded “greatness” in the way that Yogi and Ellie had. So when the teams in front of them passed on Thurman in the ’68 draft, there was no question about who the Yankees were going to use their first pick on.

I always had the impression that Thurman would have been happy to sign with anybody who needed a catcher; he just wanted to get to the majors as quickly as possible. He’d also played football and basketball, but baseball was his No. 1 sport, and he had total belief that he could excel on a major league level. He’d grown up in Canton, Ohio, and gone to school in Akron, so playing for the Indians would have been a natural thing for him. But Cleveland already had a really good defensive catcher named Joe Azcue, and a top catching prospect named Ray Fosse, so there wasn’t a whole lot of interest in Thurman coming from that organization. But even if they had set their sights on him, the Yankees would have snapped him up before the Tribe’s turn came around.

The Yankees drafted and signed Thurman in June of ’68, and sent him off to play with the Binghamton Triplets, their AA team in the Eastern League, so we didn’t actually meet until the following year, when we both went down to take spring training with the Yankees at their facilities in Fort Lauderdale. We hit it off pretty well, though we didn’t hang out much together at camp that year. We were all really impressed by his skills—especially by how quickly he could get the ball out of his glove and down to second base. I’d never seen anyone get rid of the ball like that.

We both had good springs, and I got promoted to the Yankees’ AA farm team in Manchester, New Hampshire, while they sent Thurman up to their AAA club in Syracuse, New York. They also got him into the National Guard, which they did for a lot of their players, me included. The Vietnam War was going on, and if you were a healthy guy of draft age who didn’t have a college deferment, there was no way you were going to get out of serving. Bobby Murcer, who the Yankees saw as their successor to Mickey Mantle, had missed all of the ’67 and ’68 seasons because he was in the military. But the Yankees had a lot of connections that they were able to use to get a lot of players a deferment from the Vietnam draft by signing us up for National Guard duty. Obviously it was better than being shipped off to combat overseas, but being in the National Guard was no picnic, especially when you had to do your meetings during the baseball season. In ’68, when I was at Kinston, I had to do my basic training at Fort Jackson, South Carolina, and then would have to leave the team again every three weeks to go do my National Guard duty. And that’s not easy to do.

One of the other reasons I struggled in Kinston was that it seemed like every time I was getting on track I’d have to get on one of those puddle jumpers and fly down to Atlanta for Friday, Saturday, and Sunday. Then I’d fly back to whatever city we were playing in on Monday. And if you’re hitting the ball well, taking three or four days off like that is murder; I really had a hard time adjusting to that. Thankfully, I had a good year in Manchester in ’69.

This essay has been excerpted from “The Captain & Me: On and Off The Field with Thurman Munson” by Ron Blomberg with Dan Epstein and is printed with the permission of Triumph Books. For more information and to order a copy, please visit Amazon, Barnes & Noble, Bookshop.org or TriumphBooks.com/CaptainandMe.