Is Netflix’s newest Israeli import too American to succeed in America? 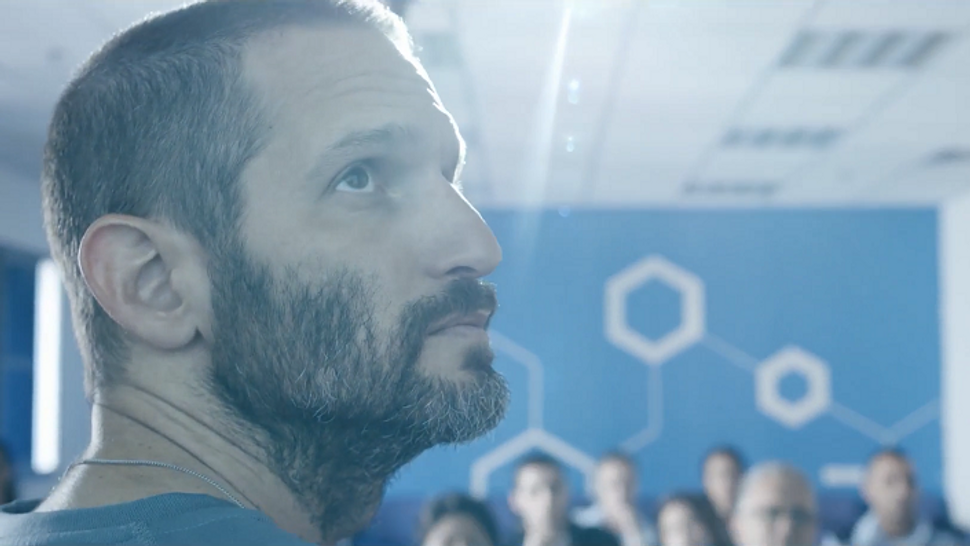 Aside from the Hebrew, “Blackspace,” the Israeli thriller just acquired by Netflix for international distribution, feels like it’s set in America. It takes place in a blandly unidentifiable high school building. The kids are all secular, dressed in crop tops and shorts — not a kippah to be seen. And, most American of all, the show is about a school shooting.

During a school assembly for Yom HaZikaron, shooters in unicorn masks burst into the auditorium, then rampage through the halls, ultimately killing four students. “It’s like the stories you hear from America,” says a nurse, taking care of one of the injured. While the police, assuming the shooting was politically motivated, initially arrest several Palestinian workers — of course — the evidence isn’t adding up. Rami Davidi, the detective on the case, becomes convinced that a group of students is responsible.

There, at the end of the first episode, “Blackspace” pivots from being the cut and dry police procedural I expected to a psychological thriller about the dangers of teen cliques, driven to the extreme by social media — Blackspace is the name of an encrypted messaging app the kids are using. It’s well done; the acting is understated and moody, and the show feels dark and suspenseful. Reshet, the Israeli channel on which it originally aired, has already renewed it for a second season.

Yet “Blackspace” feels different than most Israeli shows that become wildly popular in the U.S., which are usually more overtly connected to Israel or Jewish life. “Unorthodox” and “Shtisel” capitalize on people’s curiosity about the black box of Haredi life. “Valley of Tears” appeals to history buffs and those interested in Israel’s founding and independence. “Fauda” digs into the uncomfortable considerations driving the Israeli-Palestinian conflict and plumbs the depths of the violence on each side. Even “Possessions,” a French-Israeli psychological thriller — and probably the most similar to “Blackspace” of the bunch — leans into Jewish religious themes via Tunisian superstitions about dybbuks and a newly religious brother.

American Jews who are devoted to Israeli television seem to love it because it connects them to some aspect of their Jewish identity. The shows that have succeeded often feel extremely Israeli, and seem as though they couldn’t be produced anywhere else, and offer insight into a country close to most American Jews’ hearts — or at least forced upon them as a topic on which they must be informed.

“Blackspace” is not entirely devoid of Jewish specificity, of course — it is set in Israel, so where a traumatized kid might cross himself while recounting the shooting if the show took place in Texas, here, he mutters the Shema to himself. When the Palestinian workers are immediately presumed to be the killers despite all evidence to the contrary, it’s a reflection of the conflict; the realities of Israeli politics are, of course, acknowledged. “There’ll be a reprisal and half the country will be drafted,” the detective tells his superiors matter-of-factly, pointing out that it’s clear the workers are innocent. “I know the Arabs are the easy way out, but I don’t think you understand.”

But these moments are largely irrelevant to the plot.

The school shooting isn’t the only reason “Blackspace” feels like it could easily be set in the U.S. — it takes place in a small, unrecognizable town in Israel, devoid of Jerusalem’s sandstone buildings or Tel Aviv’s iconic coastline. Most of it takes place indoors. It could be in nearly any high school in a country developed and wealthy enough that the majority of its students have smartphones and spend their days navigating the convoluted web social power expressed via social media. It’s even devoid of the iconic cast of actors that are the usual signature of any Israeli show.

Of course, plenty of other Israeli shows that don’t feel so identifiably Jewish have made it to the U.S., to various degrees of success, but they are often adapted into English-language versions like “Euphoria” or “In Treatment.” Those that require subtitles are usually shows where the foreign atmosphere is fundamental to the show, making it feel exotic and deeply specific.

“Blackspace” is neither. Yet it is still immediately engaging and bingeable, grabbing you in its first minutes. But it’s unlikely to pull in a loyal American Jewish audience the way other Israeli shows have because paradoxically, it feels almost too relatable for Americans. Maybe Netflix is hoping that it’s universal enough to snap up a wider audience. But we often turn to TV to escape our world; toxic social media and school shootings might hit too close to home.

Is Netflix’s newest Israeli import too American to succeed in America?