When I think of bridge, I think of my grandmother, who played regularly with her bridge club until she died. I associate the game with a sort of 1950s housewife aesthetic, and the elderly. The whole thing feels quaint.

But according to “Dirty Tricks,” a documentary that premiered Thursday at the Hot Docs festival, bridge has a dark underbelly, full of scheming and cheating that one would perhaps expect of poker or blackjack — gambling games played at underground clubs or mob gatherings, if the movies are to be believed. The film takes us into the world of high stakes bridge competitions, following Israeli prodigy Lotan Fisher as his career in the game is destroyed by a cheating accusation.

While I consider bridge quaint, that’s a purely aesthetic judgment; I have no idea how to play. But bridge, it turns out, is not particularly cute or simple. It has its own vocabulary and complex strategy, like chess, but seemingly with far more rules.

That means that “Dirty Tricks” had a lot of ground to cover: a scandal in a competitive world few people knew existed, about a game they don’t understand how to play.

The documentary initially tries to play up the whimsy and drama of major corruption charges in a game like bridge. It has a few fun graphics and snappy explanatory cameos reminiscent of those in “The Big Short,” and it tries to sell Fisher’s arrogance as charisma and the case against him as obsessive jealousy. There’s a curiosity factor here — who knew you could win big money in bridge? — that the film is taking advantage of, and it tries not to spend too long explaining the complex rules of the game.

Unfortunately, this doesn’t serve the story well, since the entire back half of the film details the case Fisher’s former-teammate-turned-nemesis, Boye Brogeland, built against him. It’s hard to follow the evidence, or judge for yourself if Fisher was cheating, without understanding the game.

“You wouldn’t have to even know the rules of bridge to look at these videos and say ‘yes, this is what they were doing,’” declares one expert in the film, arguing that Fisher and his bridge partner had developed a code to illegally communicate throughout the game. But as someone who in fact does not know the rules of bridge, I can say just as definitively that it was not so obvious.

It’s unclear what point the documentary is trying to make, or what question it wants to answer. Perhaps it wants to examine whether Fisher and Schwartz truly cheated, which remains unclear; neither ever admits guilt, and a ream of polygraphs and statistics experts are unable to prove anything — though the pair was convicted anyway, forfeiting previous titles and getting banned for life by a bridge oversight committee. Perhaps it hopes to depict the obsessiveness of the bridge world, showing Brogeland’s commitment to discrediting Fisher and the pedigree of the experts studying the case. Or maybe the film hopes to show how the Fisher case exposed the fact that the whole bridge world is corrupt. (If that’s the case, it seems like a bit of an afterthought, only mentioned in the final few minutes.) 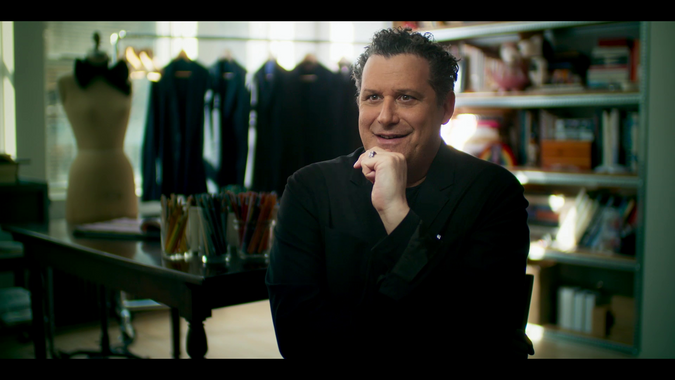 What’s most charming about the film gets the least amount of time — the absurdity. The film is trying to sell the story of Lotan Fisher as proof that the bridge world is dark and high stakes, when what it should really be focusing on is how absurd it is that this level of obsession can exist in a game like bridge. I mean, Fisher and Schwartz were asked, on a polygraph, whether they were communicating by way of a water bottle. Yet everyone is deadly serious, as if the CIA is interrogating a double agent. It’s preposterous.

I’m sure the cheating accusation was serious for those involved, but for the audience, the draw of the movie lies in the idea that there are millions of dollars at stake in a reputedly staid game. I don’t care about the details; I want the drama and scandal. I want camp. I want to know whether my grandmother was in some kind of mob. Knowing her, I think it’s possible.