Why Disraeli is the mensch England could use right now 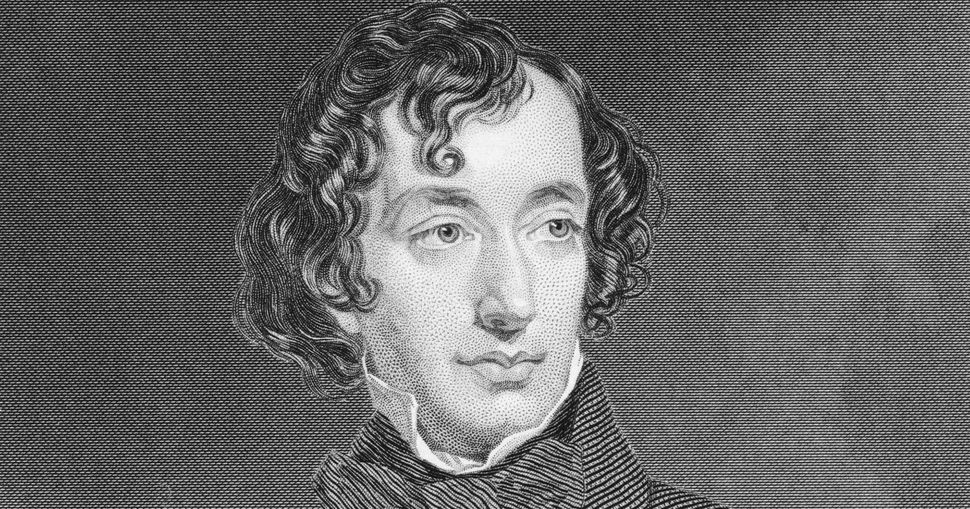 Will the British prime minister who has been described as “an adventurer addicted to romance and careless about facts” please stand up? The same prime minister who had first made his reputation as a writer before becoming a politician, spices his parliamentary parlays with Latin phrases, and whose reputation as a chancer — a charlatan, even — clashes with the staid Conservative Party he leads and whose political fortunes rests entirely on his shoulders. Oh, and the very same prime minister driven by what he claims is political principle, but others suspect is sheer ambition, and insists he is guided by a moral compass, while others believe is immoral calculation?

Ah, the overweight and wild-haired fellow with a lewd smile is standing up. Well, yes, it’s Boris Johnson. But also standing up is a thin and dapper dandy with a wry smile: Johnson’s 19th century predecessor, Benjamin Disraeli, who better fits the bill. Next year marks the 175th anniversary of the completion of the trilogy of novels — “Coningsby,” “Sybil” and “Tancred” — that launched the political career of this remarkable Englishman. By the time the last book was published in 1847, Disraeli’s writings confirmed him as charismatic and romantic. More important, they confirmed that, when it came to true conservative principles and compass, Disraeli was the mensch that the modern Tories so desperately lack.

One reason Disraeli was so remarkable was not that someone who had never attended Eton, much less Oxford or Cambridge, should become prime minister in Victorian England. Nor that someone who had been a Jew should reach this political pinnacle. Yes, until the mid-19th century, a member of Parliament still had to swear oath of office “on the true faith of a Christian.” But Disraeli’s father had already solved that problem when, rather than throwing his son a bar mitzvah, he had him baptized in the Church of England.

What was extraordinary, though, is that this practicing Anglican never disowned his Jewishness. In fact, Disraeli deftly and defiantly played up his ancestry. In an age where talk of racial superiority was commonplace, Disraeli turned the usual hierarchy on its head. In “Tancred,” whose protagonist is a young English aristocrat who flees that sceptered isle to discover his life’s purpose in Palestine, Disraeli delights in dissing gentiles. “How can English bishops know anything?” asks one character, since they are “sprung from a horde of Baltic pirates” who were still “tattooed savages a few centuries back.” As for the Hebrew race, Disraeli gives more store to the Jewish roots of Jesus than his heavenly calling—this “flower of the Jewish race now sitting on the right hand of the Lord God of Sabbath.”

In her monumental “The Origins of Totalitarianism,” Hannah Arendt marvels at the skill of this political magician, for whom Jewishness “was a fact of origin which he was at liberty to embellish, unhindered by actual knowledge.” No less importantly, Arendt also underscores the dark side to Disraeli’s playing of the racialist card, which helped to fuel British imperialist expansion in Asia. As the impresario of the British Raj, it was Disraeli, after all, who anointed Queen Victoria as the Empress of India. She was as pleased by this promotion as was Disraeli, who proudly declared that “no transaction in the history of England of which we have more just cause to be proud is the establishment of the Indian Empire.”

But Arendt may be too harsh in her dismissal of Disraeli as a man who “never thought seriously of anything except his career.” No doubt, Disraeli was motivated by ambition, but unlike the current prime minister, he was also moored to several ethical and political principles. As his biographer Robert Blake notes, Disraeli did not betray close Tory colleagues when it would have been politically convenient to do so. Nor did he betray his convictions when it would have been no less convenient. There was a famously fierce parliamentary debate over whether to allow Lionel de Rothschild, who refused to forswear his Jewish faith, to take his elected seat. As speaker of parliament, Disraeli outraged just about everyone by arguing that Rothschild should be seated precisely because of his faith.

Such debates might seem distant to us today. But Disraeli’s brand of conservatism is of urgent relevance. In “Coningsby,” he lambastes British conservatism as a political creed that “shrinks from Principle, disavows Progress, offers no redress for the Present and makes no preparation for the Future.” The novel’s hero, the aristocratic Coningsby, tells his apoplectic grandfather, the Lord of Monmouth, that true conservatism insists on the duty of the rich to aid the poor, and the fortunate to improve the lot of the unfortunate. If the security of the realm is to be conserved, he warns, the conservatives must first “secure the happiness of the people.”

Disraeli builds upon this critique in his next novel, “Sybil,” whose subtitle “Or the Two Nations” gives his serious game away. Tackling what was called the “Condition of England”—namely the deepening abyss in industrializing England between the middle and working classes—the novel portrays what one character describes as “two nations between whom there is no intercourse and no sympathy.” From this diagnosis of England’s condition, Disraeli proposed a cure: “One Nation Conservatism.” While ideology might be too grand a name, this brand of conservatism sought to conserve the traditions and institutions from the aristocratic past and preserve the future from great upheaval by redressing social and political inequities. While Disraeli was a novelist, not a theorist, he nevertheless acted on these principles by leading his party to push through the great Second Reform Bill of 1867, as well as several laws the following decade that razed slums and built housing for workers, protected women and children who labored in factories and expanded the rights of trade unions.

Inevitably, not everyone was won over by Disraeli’s politics or personality. Though Disraeli managed to persuade Victoria to bestow a pension on the unruly conservative thinker Thomas Carlyle, the Scot returned the favor by dismissing Disraeli as “a cursed old Jew, not worth his weight in cold bacon.” Carlyle’s imprecations aside, it would be a great and good thing if Boris Johnson gave some thought to the accomplishments of this cunning old Jew, who could prove more than his weight in gold.

Why Disraeli is the mensch England could use right now