The secret Jewish history of ‘The Goon Show’ 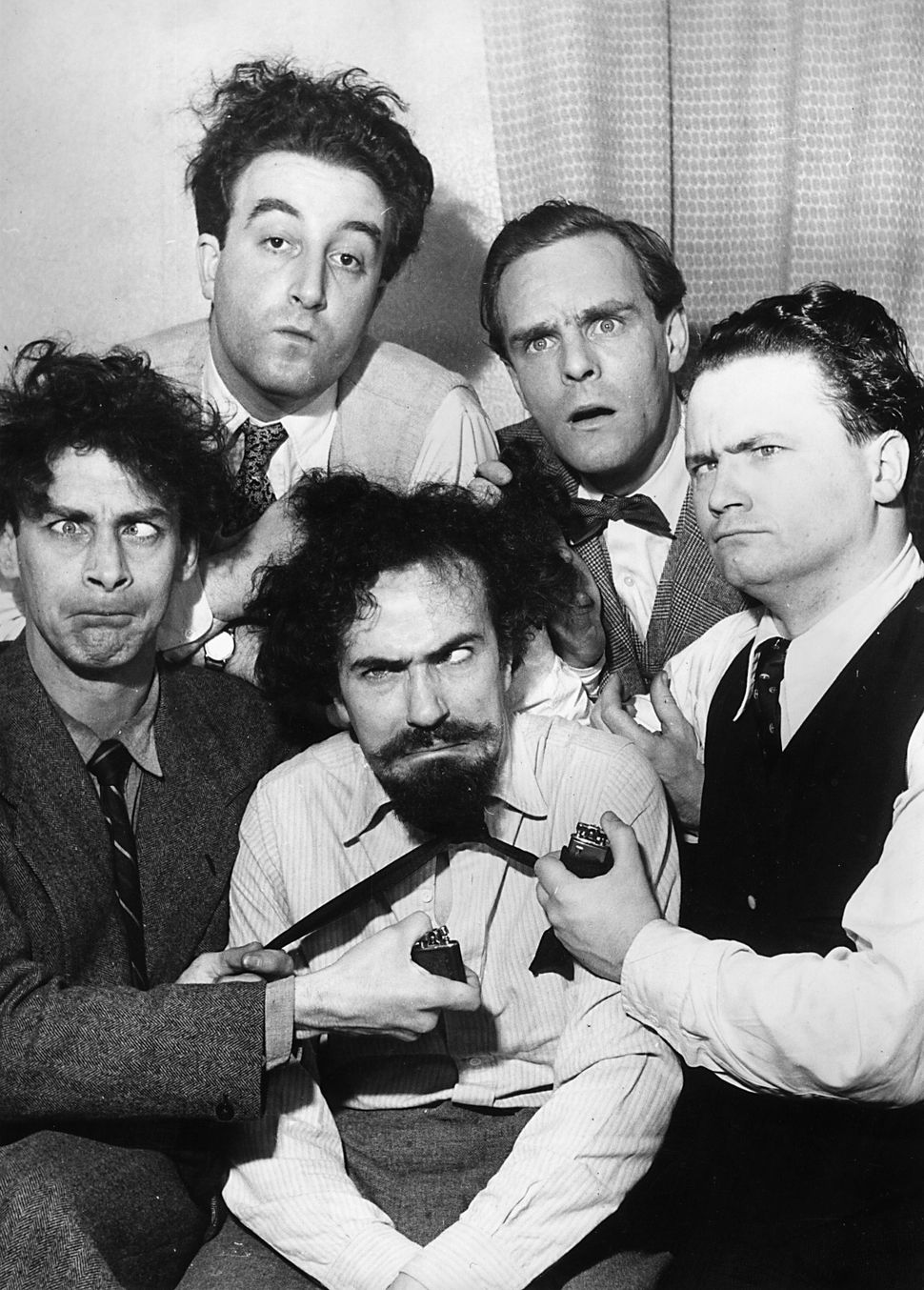 The Goons By Getty Images

May 28 marks the 70th anniversary of the influential British radio comedy program “The Goon Show,” which inspired fans from the Monty Python group to John Lennon. The Jewish content of The Goons, comprising comedians Spike Milligan and Peter Sellers as well as the Welsh singer Harry Secombe, is usually overlooked amid the show’s comedic chaos and anarchy.

Milligan, the presiding genius over the surreal scripts, cherished the Jewish roots of his colleague Sellers, whose mother was of Ashkenazi and Sephardic origin.

After Sellers died in 1980, Milligan wrote a letter to the editor of The Jewish Chronicle, a periodical founded in 1841, to complain that “at no stage [of the funeral ceremony] was there any attempt to introduce any connection with the Jewish side of [Sellers’] family. As his Mother was Jewish, most certainly then he was Jewish, whereas he did choose to be a Christian (though sometimes he fancied various other religions), his whole attitude and personality seemed to be that of a Jew. Because of this I wish some small representation by the Jewish Synagogue could have been reported or mentioned during these Ceremonies.”

At one moment, Sellers might be Cyril, a Jewish nudnik concerned about imbibing non-Kosher water; at another, he was Major Denis Bloodnok, a nitwit who refers to a cash register as “the old Jewish piano.”

In a different shtick, Sellers plays a manservant named Headstone the butler, who explains that someone vanished “from right under his mother’s nose.” Asked what he was doing there, Headstone explains: “It was raining at the time, I believe.”

Amid the sonic chaos of the Goons, Harry Secombe also played a character named Izzy, based on the Jewish comedian Issy Bonn.

Born Benjamin Levin, Bonn performed a routine that included sentimental songs like “My Yiddishe Momme.” Billed as The Hebrew Vocal Raconteur, Bonn was so lastingly famous that his image appears on the cover of the 1967 Beatles album Sgt. Pepper’s Lonely Hearts Club Band.

A concentration camp survivor, Levy was invited with the Glasgow Jewish Choral Society in 1983 to appear on Secombe’s BBC-TV show “Songs of Praise.” In his preface to Levy’s Holocaust memoir, Secombe wrote, “What was remarkable about [Levy’s] story was his lack of bitterness about what had happened to him, and his forgiveness for those who had been his persecutors. A man of infinite compassion in these days of gathering hatreds and prejudices… his shining sincerity made a lasting impression on me.”

Other integral Jewish partners in the Goon panorama were Max Geldray and Ray Ellington, responsible for the musical interludes punctuating the breakneck verbal sprees. Geldray, a Dutch Jewish harmonica player, was referred to on the program as Conks, a UK slang term for nose.

Born Max van Gelder in Amsterdam, Geldray was among the pioneers of jazz harmonica, alongside other Jewish virtuosos such as Larry Adler, Borrah Minevitch (born Boruch Minewitz), and Morton Fraser (born Emmanuel Fish).

So essential was Geldray’s contribution to the show that in 1958, when the BBC proposed canceling his contract as a cost-cutting measure, Sellers threatened to quit the show.

Ray Ellington, a singer, bassist and drummer, was born to an African-American father and Russian Jewish mother who raised her son in an Orthodox household. Ellington attended the South London Jewish School before being hired to perform with Harry Roy (born Lipman) and His Orchestra, a group notorious for risqué comic material.

Ellington’s pianist on “The Goon Show” was a German Jewish refugee who assumed the stage name of Dick Katz after fleeing his homeland. Ellington favored a somewhat eccentric repertoire of novelty songs which fit right into the Goon sensibility.

A number of the Goons, including Milligan, Secombe and Geldray, had suffered to varying degrees from shell-shock during wartime combat. As a form of respite, Milligan surrounded himself with reassuring mini-stock companies of Jewish performers for other projects, when Sellers was unavailable.

Bluthal’s ability to create a range of comic voices was likened to Sellers’s talent for mimicry. In one typical exchange reflecting the old Yiddish expression “It’s hard to be a Jew” (*Shver tsu zayn a yid), Milligan would ask Bluthal, “Are you Jewish?” and receive the reply: “No, a tree fell on me!”

Ashton/Abrahams later noted, “In the early 50s I found the BBC a bit antisemitic, so having a Jewish name did not help. I… changed my surname by deed poll, which was witnessed by Spike Milligan” on the occasion of Ashton’s marriage in 1961.

Some casual listeners found references to Jews on “The Goon Show” and other Milligan programs unsettling, although comedy mavens like Stephen Fry, of Hungarian Jewish origin, idolize him unreservedly. Fry especially admires Milligan’s series of war memoirs, published by Anthony Blond, of a Sephardic Jewish family.

Nor did a Jewish psychiatrist whose therapy made possible Milligan’s postwar achievements express any concerns. Dr. Sydney Gottlieb, who treated a range of patients from concentration camp survivors to homeless alcoholics, ministered to Milligan with humane care and understanding that won Gottlieb a verse tribute from UK poet Adrian Mitchell.

And Rabbi John Levi of Melbourne’s Temple Beth Israel good-humoredly reviewed “The Bible According to Spike Milligan” (1994) a book-length spoof, proclaiming that the Lord told Milligan: “’Inscribe your version of the Bible on 186 pages of print and even if you get things a bit wrong, I shall forgive thee!’ And he did.”

Rabbi Levi’s implication may have been that Jewish listeners to “The Goon Show” should likewise excuse the occasional deliberately outdated Jewish-themed gag, given the Yiddishkeit that was part of the program’s uniquely zany ambiance.

The secret Jewish history of ‘The Goon Show’