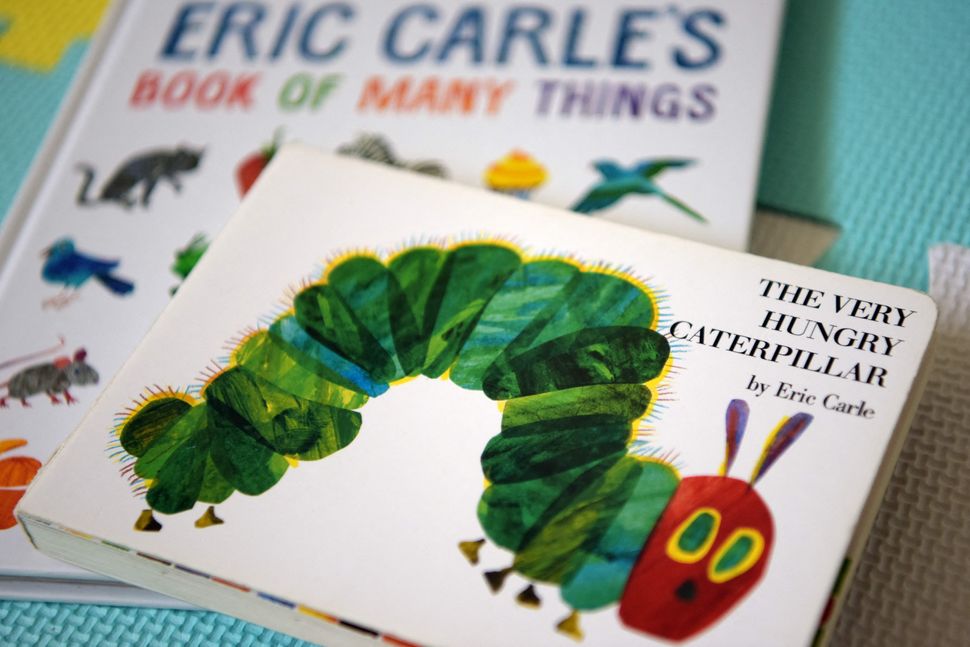 On a busy Saturday, I was working the cash register at the Eric Carle Museum. I asked my customer, “Do you have a membership to the museum?”

He was a friendly man with glasses and graying hair, “Yes, I do,” he said, “But I’ve never been to the museum before. I live in Minneapolis.”

He was buying a hundred dollars worth of books and toys. I gave him the 15% membership discount and said, “You’re a member but you’ve never been to the museum?”

“I’m visiting my cousin, who lives nearby.” He put his arm around the woman beside him. “I’d been planning to visit the museum ever since I saw your exhibit in Washington last year.”

“Oh, you joined online after you saw the D.C. show?”

“Yes. I bought that print online.” He pointed to the shop’s rear wall, where Eric Carle’s signed and numbered prints are displayed — the image of the Very Hungry Caterpillar creeping along the ground as a huge warm sun fills the background.

“You know, we sold quite a few prints because of that show in D.C.,” I said.

He became animated. “I bought that print just at the time my grandson was born. It hangs in the hallway. Whenever I pass it, I think that he is like the caterpillar, and I, his grandfather, am like the sun. So you can imagine, I was looking forward to finally visiting the museum.” 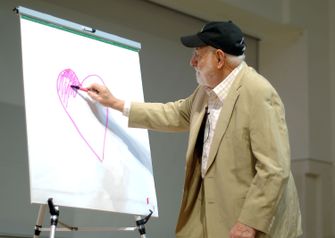 The Very Beloved Children’s Author: Eric Carle was the author of ‘The Very Hungry Caterpillar’ among many children’s books. By Getty Images

We continued to chat. Later as I thought back to this conversation — and to the way this reader identified with a secondary character (the sun) in a story I always considered to have only one character (caterpillar/butterfly) — I recalled a different conversation about the interpretation of Carle’s most famous book.

It was 2003; a slow day in the store. Carle had stopped in to sign some copies of his books.

“Did you have some moral in mind, when you began to write ‘The Very Hungry Caterpillar?’” I asked him.

“I was trying to make a book that would also be a toy,” he said. “I wanted holes in the pages: I needed a character to move through the holes.”

I hadn’t heard this story, and I was surprised. “I think of the story as redemptive, because the caterpillar eats all that junk food and suffers a stomachache, but he still gets to turn into a butterfly,” I said.

Eric smiled. “That’s what you see,” he said.

“You must have encountered so many interpretations,” I said. “What was the strangest?”

He raised his eyebrows. “I was in East Berlin in 1989, at a library conference,” he said. “I was seated at a round table with many East German librarians. They told me that good socialist children should never read ‘The Very Hungry Caterpillar’ because it is a tale of the Western consumer society; it teaches over-consumption. A capitalist parable.”

I suspect Eric Carle would get more pleasure from the interpretation given by our museum member from Minneapolis.

This essay is adapted from a post that originally appeared on the website of the Eric Carle Museum Bookstore.