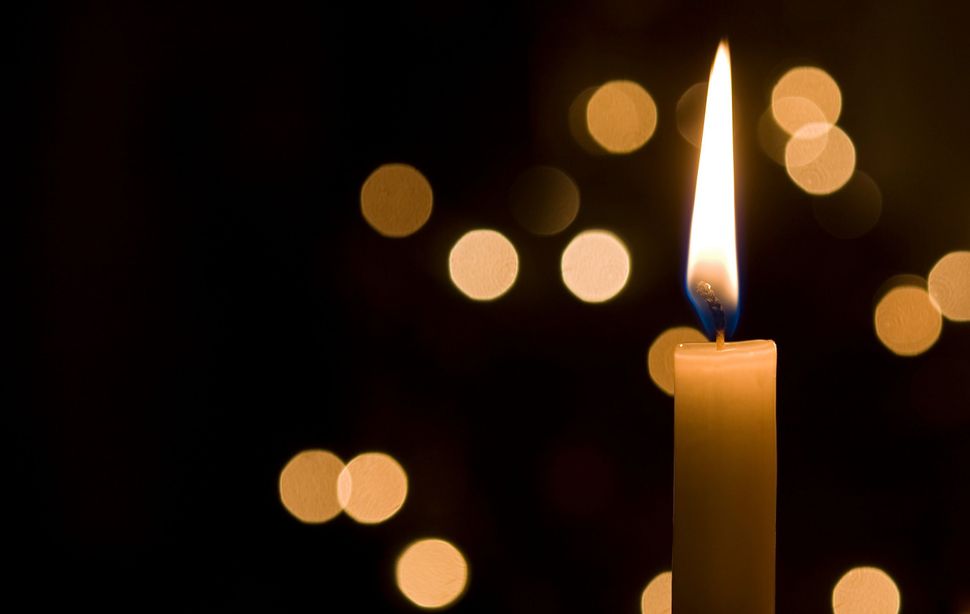 News of the demise of Walter Kissinger, who died May 3 at age 96, was made public discreetly and belatedly, matching the relatively reserved persona with which he went through life as the less attention-grabbing younger brother of the American Jewish politician Henry Kissinger.

Despite his own achievements in business and philanthropy as what Fortune Magazine called in February 1982 “The Younger, Richer Kissinger,” Walter Kissinger’s public statements were never redolent of the chutzpah and bravado that observers of his older brother have grown accustomed to.

Indeed, a certain modest perplexity when faced by challenges was communicated by Walter Kissinger, as when he was interviewed by Newsday in January 1973.

Rather than flippant attempts to shock, or curry favor with, interlocutors, he frankly admitted when he was baffled in international business dealings, confiding to a reporter: “Well, I think it takes an extraordinary amount of patience to deal with the Japanese. They never say no, they never say yes.”

Described as “sometimes blunt, sometimes charming,” Kissinger was longtime president of the Allen Group, a provider of automobile accessories and services.

The millions he earned from such ventures permitted expression of a personal belief in tzedakah, through the establishment of the Kissinger Family Foundation, a private charity organized in California that in recent years has increased its donations.

Initially directed toward public service, Kissinger was said to be discouraged by the harassment of his contemporaries during McCarthy era investigations of governmental agencies. It is worth noting that his brother has a stronger stomach for such political fashions and was willing to work with almost anyone in his climb to power.

But for Walter Kissinger, losing an interest in the entire field of public life, he decided to make his mark more privately.

And so, in the 1970s, he encouraged his Allen Group staff to embrace volunteerism by offering annual donations to match the hours they spent in volunteer service.

The goal was to facilitate the transfer of technology from research institutions into commercial applications. By funding practical uses for scientific innovations, Walter Kissinger’s initiatives may have helped society more than anything his brother ever did by applying theoretical writings on political history by Immanuel Kant, Arnold Toynbee, and Oswald Spengler to contemporary world challenges.

Throughout, unlike his brother Henry, who appeared perfectly willing to accept untold casualties to achieve political goals like someone who does not value or recognize the lives of others, Walter Kissinger was not merely aware of the existence of other people, he heard their voices and adapted his own accordingly.

For many years, when anyone would ask why Walter Kissinger, who arrived as a German Jewish refugee in America in 1938 with the rest of his family, had lost his foreign accent, while his older brother, born a year earlier, had not, the younger brother would repeatedly claim, “Because I listened.”

This notion of acknowledging the existence of other people and sometimes heeding their advice rather than total self-absorption is yet another difference between the two brothers.

Ostensibly more extroverted than his older sibling insofar as he embraced such extreme sports as flying glider planes, deep sea diving, and riding motorcycles, according to biographers, Walter Kissinger was in fact more reticent, if only because he would maintain a lower profile than his Secretary of State brother.

In later years, his personal fortune permitted a somewhat baronial lifestyle, including a Colorado ranch, ironically named the Lazy K, since neither of the two overachieving German Jewish brothers could scarcely be referred to as lazy.

There Walter Kissinger avidly rode Arabian horses. By doing so, Kissinger aligned himself with numerous Jews who delight in equine pursuits, as seen in the Festival of the Arabian Horse organized by the Israel Arabian Horse Society.

Certainly Walter Kissinger was an enthusiast, even as an octogenarian spending up to four hours daily riding around his ranch as if realizing a dream of escape from his oppressed childhood in Germany when he and his family were bullied by Nazi thugs.

Like many contemporaries, Walter Kissinger likely devoured cowboy tales written for youngsters by Karl May, a 19th century German writer for children. In retirement, Kissinger would dress in Western style, as if assuming the identity of a Karl May protagonist of the American Old West like Winnetou and Old Shatterhand.

According to mavens, Arabian horses have the potential to unite Jews and Arabs in admiration for the animals.

As might be expected, Henry Kissinger has no interest whatsoever in any such détente that he was personally uninvolved in, and when invited to visit his brother’s ranch, he declined, as if unwilling to participate in someone else’s fantasy world.

Walter Kissinger accepted this rejection with good graces, commenting to a reporter, “You know, [Henry has] never been here. He thinks I’m crazy.”

Doubtless tempted at times to unleash a certain family sarcasm, he chose his targets scrupulously, unlike Henry Kissinger, who spouted antisemitic comments to a range of White House staff, some of them Jews like himself.

So one evening in deadpan style, Walter approached Richard Nixon at a Washington, DC reception to declare that Nixon had done “something unforgivable” by appointing his brother secretary of state, because this meant that Walter Kissinger would always be known as Henry’s brother.

Nixon, humorless at the best of times, reportedly tensed and then relaxed upon finding that it was merely a jape. Indeed, Walter Kissinger might have recited a long line of genuinely unforgivable war atrocities and other offenses committed by the Nixon White House, so he was being charitable as well as wry in making fun of his brother’s elevation to a powerful government position.

Described by biographer Evi Kurz as “small, almost weedy. His narrow face is dominated by an unusually large pair of glasses,” Walter Kissinger showed gritty resolve early on, earning his first millions by his early forties.

Evi Kurz described him as liking “to take risks, in sport and in business,” but unlike his brother, he would have to live with the consequences of his boldness. While Kurz intriguingly reports that Walter Kissinger’s sons have taken issue with the outcome of their uncle’s policies in Vietnam, Cambodia, and Chile, their father adopted the role of family peacemaker.

It is the refreshing and perhaps unexpected benignity of Walter Kissinger, by far reflecting more Yiddishkeit than his brother, by which he may be best remembered by posterity.