The secret Jewish history of ‘The Love Boat’ 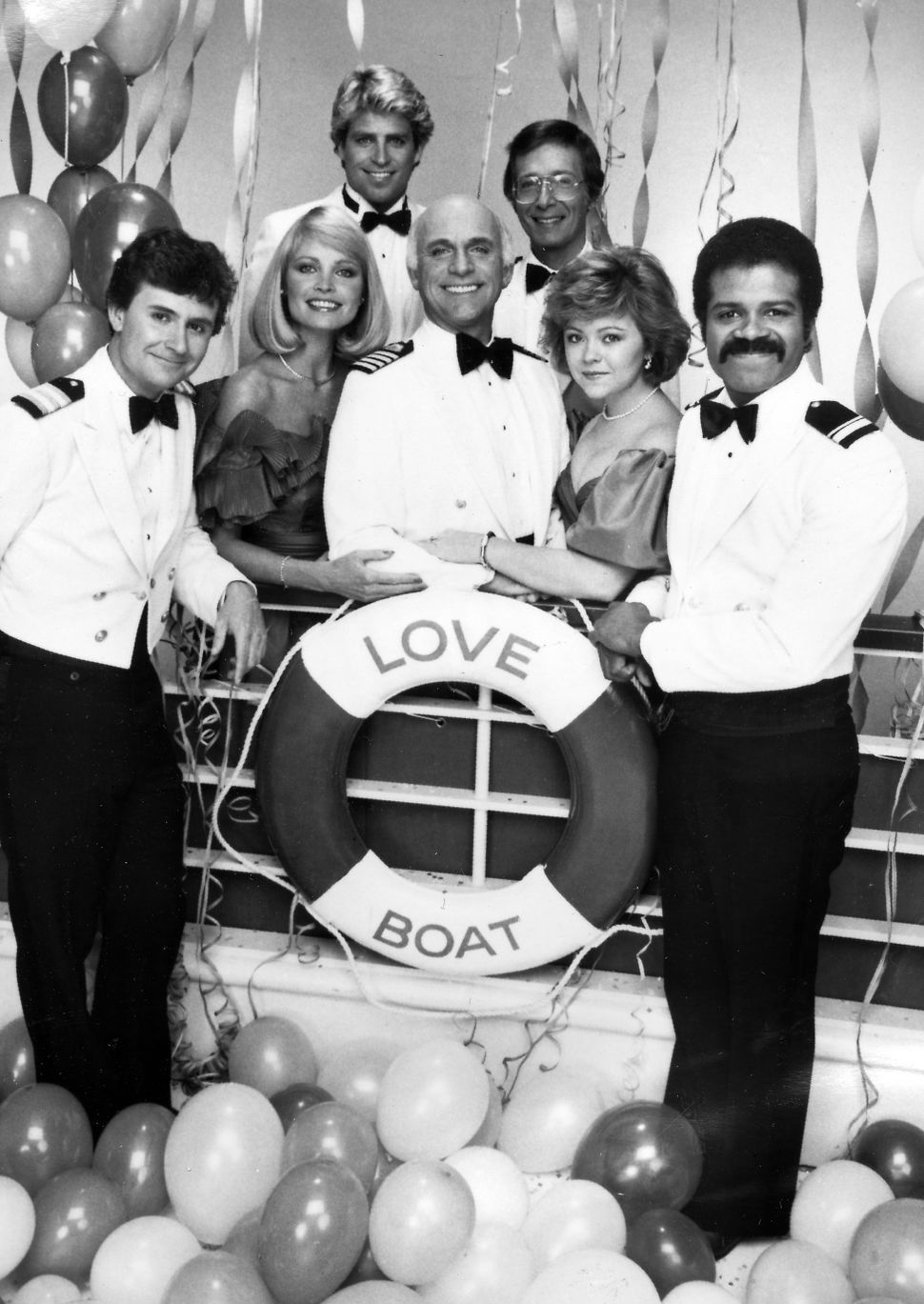 The cast of ‘The Love Boat’ By Getty Images

In light of the May 29 death of actor Gavin MacLeod, celebrated for portraying Captain Merrill Stubing on ABC-TV’s “The Love Boat,” it seems like a good time to take a deeper look into the Jewish elements in the hit show, which ran from 1977 to 1986, followed by further special episodes until 1990.

There, Spelling told Texas Monthly in September 1994, he “grew up thinking ‘Jew boy’ was one word.”

His parents (the family name was originally Spurling) were members of Shearith-Israel Congregation, although when Spelling was young, they lived on Caroline Street, closer to another shul, the Tiferet Israel Congregation.

His widow informed The Hollywood Reporter in September 2015 that antisemitic Texan bullies would regularly beat Spelling and steal his shoes, so at age eight, he “decided to have a nervous breakdown.”

As the American Jewish producer Danielle Gelber stated in the same article, “There was great antisemitism in Texas, and it really scarred [Spelling]” so he opted to remain bedridden with feigned paralysis for a year, reading books rather than going to school.

He chose this solution after trying to cope with schoolmates throwing rocks at him. His mother decided to walk Spelling to school to protect him, but bullies just threw rocks at her, too. So Spelling took to his bed.

He would later proudly be the first Jewish cheerleader at Southern Methodist University in Dallas. Decades later, when it was time to prepare “Love Boat,” he enlisted the help of producer Henry Colman (born Cohen, of Russian Jewish origin) and tried to hire the scriptwriter Jerry Mayer, as Mayer informed TV historian Scott Lewellen.

But Meyer had seen a pilot version of “Love Boat” broadcast as a movie of the week, and told himself, “Jesus, this is corny as hell.” Meyer, who identified himself to another interviewer as “very proud to be a Jew who doesn’t believe in God… I believe in a lot of the Ten Commandments,” turned down a job offer from Spelling, thereby possibly violating one of the rare commandments of La La Land.

Instead, two Jewish writers recommended by Meyer, Ben Joelson and Art Baer, flourished as replacements during the nine-year run of the series.

Among regular directors from the start were Alan Rafkin and Stuart Margolin, also an actor who portrayed Rabbi David Small in the 1976 movie, “Lanigan’s Rabbi,” based on the series of mystery novels written by Harry Kemelman.

Although Margolin claimed to one journalist that his Russian Jewish grandparents in Dallas taught him enough Yiddish “to order a sandwich in a deli,” which presumably meant none at all, Yiddishkeit was assured in “Love Boat” by the presence of comedy actor Bernie Kopell.

Already known for his role as Siegfried in Mel Brooks’ 1960s TV spy spoof “Get Smart,” Brooklyn-born Kopell would acquire newfound fame as Dr. Adam Bricker on “The Love Boat.”

His earlier career in sitcoms began by being typecast as Latino characters, like many another Jewish comedian of the era, from Mel Blanc to Bill Dana.

Although in a preliminary pilot version, his character was named Dr. O’Neill, Kopell would recall in 2017 that director Hy Averback, noted for creating the film “I Love You, Alice B. Toklas!” (1968) starring Peter Sellers as a Jewish lawyer, informed him that “Dr. Adam O’Neill… that is really not going to work for you, Mr. Kopell. We’ve got to change that.”

Critics quickly latched onto the impression that reality was not a priority in the show, as The Los Angeles Times claimed, excoriating the “relentlessly dull Capt. Stubing and the numskull crew” with their “limp jokes” and “insufferable inanity.”

Yet in some small ways, Jewish truth-telling did bring a certain degree of unexpected distinction to the series. In an online chat in February Gavin MacLeod confessed that he was moved to accept the role of the captain because “there was one story that really touched my heart.”

MacLeod was referring to a script about Morris Beckman, a widower, who appeared amid otherwise light-hearted doings. MacLeod stated: “This old Jewish guy came on. He wanted to die at sea because all the places were taken at the cemetery in Astoria…I wept when I read that.” Beckman would be played by Phil Silvers when the episode was filmed in 1977.

Yiddishkeit was also on view with an occasional atypical dose of verisimilitude in a 1983 show, where professor Roscoe Weber, a character described as a “91-year-old Nobel Prize winner for psychology” makes an appearance.

Weber was played by Shalom “Sam” Jaffe, a Yiddish theater veteran who was, appropriately enough, in his nineties when he was given the part.

Jaffe already had a track record for incarnating brainiacs onscreen. In the science fiction drama film “The Day the Earth Stood Still” (1951) Jaffe was professor Jacob Barnhardt, modeled after Albert Einstein, no less, who offered advice about dealing with aliens.

Sticklers for literal accuracy, if any such were regular viewers of Spelling productions, might have pointed out that there is no such thing as a Nobel Prize in psychology. However, an entirely accurate and even more pedantic response would be that some psychologists have indeed received the award, notably Herbert A. Simon of German Jewish roots and the Israeli Daniel Kahneman both of whom received the Nobel Prize in Economics.

In his own way, Bernie Kopell made it a personal mission to cling to reality wherever possible, and responded to reiterated plaints by the sole regular African-American cast member, Ted Lange, that he was being overlooked in story lines, by personally writing episodes in which Lange was spotlighted.

The weekly guest star element of the show naturally included a number of familiar Jewish actors, including Abe Vigoda and Joan Blondell (born Bluestein) as well as stars who had been retired for decades, like the septuagenarian German Jewish Oscar winner Luise Rainer.

Henry Colman persuaded Rainer to act in a 1984 episode in a dual role, as twin sisters, a maid and a socialite who supposedly meet on board for the first time in 40 years.

The notoriously exacting Rainer was reportedly displeased with one scene and called for retakes, but the ever-diplomatic Colman managed to dissuade her from this perfectionism.

Among these stars, Kopell deemed Shelley Winters (born Shirley Schrift) the “one fly in the ointment” for her temperamental and “counter-productive” behavior.

The series also allowed for some Hollywood payback, as related by Kopell, when years after being fired from an early job by a diva-like Danny Kaye (born David Daniel Kaminsky), Kopell noted that he saw Kaye shrieking at a “Love Boat” producer because plans for Kaye to be cast as an Italian character in a two-part episode failed to work out.

So “Love Boat” managed to be an occasion for some degree of Gerechtigkeit, the Yiddish word for justice, after all.

The secret Jewish history of ‘The Love Boat’