Did Irving Berlin appropriate or celebrate Black music — or both? 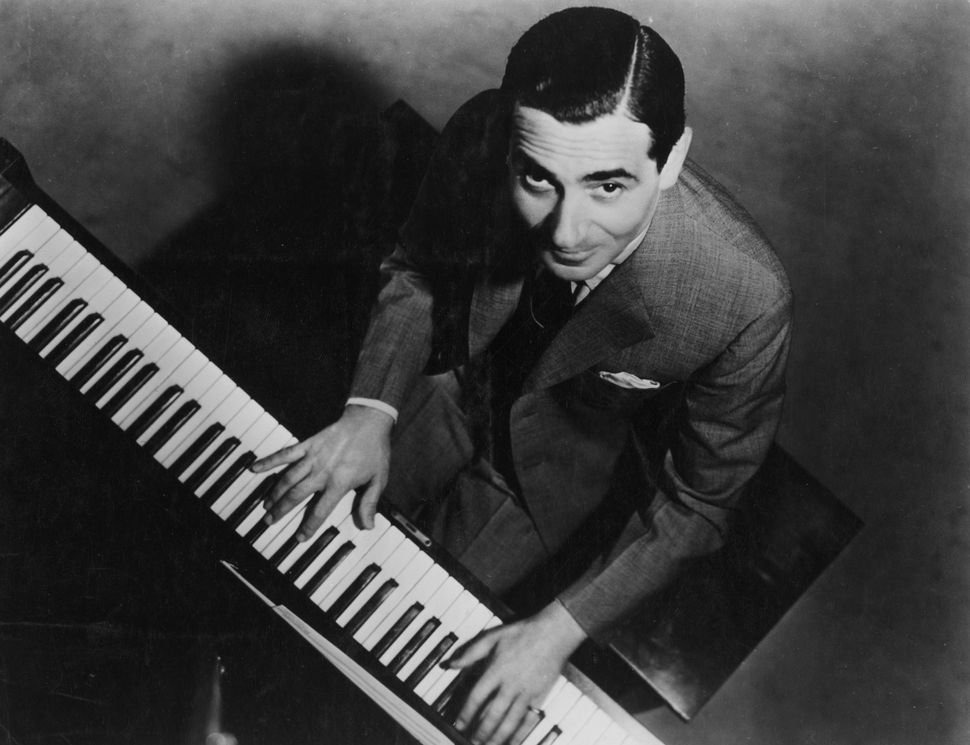 While considered one of the greatest American songwriter of all time, Irving Berlin has a problematic reputation among progressives. One reason is that his songs have a strong association with seemingly uncritical patriotism, particularly “God Bless America.” Another reason is that Berlin had a seemingly problematic relationship with Black music. With his wildly successful ragtime recordings, especially “Alexander’s Ragtime Band,” Berlin has been accused of appropriating Black music and maybe even stealing it from Black musicians, possibly even from Scott Joplin. Indeed, in “There Was a Fire,” a comprehensive summary of the Jewish impact on popular music, the noted jazz pianist Ben Sidran claimed, “Irving Berlin … was not a man with a highly developed social conscience nor much patience for the Jewish question in America.”

Reflecting on claims that his ragtime recordings reflected cultural appropriation, Berlin said, “As in the case of everything else American, their universally popular music is the product of a sort of musical melting pot. Their distinctive school is a combination of influences of Southern plantation songs, of European music from almost countless countries and of the syncopation that is found in the music of innumerable nationalities … Therefore, those who label our popular dances and song music as ‘typical American music’ hit the bull’s-eye in so naming it. For it is the syncopation of several lands and centuries ‘Americanized.’” 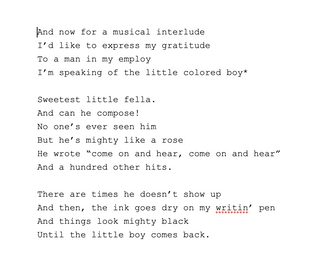 As to theft, Berlin was deeply offended by a barbed rumor heard around Tin Pan Alley in the ‘teens that his ragtime songs were written by a preternaturally talented “colored boy” he locked up in a closet. In 1954, Berlin brought this idea back to life in a novelty song he performed at an ASCAP dinner.

Don’t Send Me Back to Petrograd: Berlin used this song to respond to the 1923 anti-immigrant legislation that reflected the growth of the KKK. By Irving Berlin

Sidran’s claim that Berlin had little concern for Jews is questionable. First, his successful efforts to secularize the two major Christian holidays – “White Christmas” and “Easter Parade” – could certainly be seen as attempts to lessen religious-based antisemitism. However, his attitude towards antisemitism comes through most clearly in his response to the 1923 anti-immigrant legislation that reflected the growth of the KKK. Berlin wrote “Don’t Send Me Back to Petrograd.”

However, most troubling is Sidran’s claim that Berlin lacked a social consciousness. He seemed to be unaware of Irving’s response to the lynching of Blacks. During the 1890s, there were reportedly 424 whites and 1114 Blacks lynched. In the next decade, the annual number of whites lynched fell to single digits but the lynching of Blacks remained high: 286 in the 1920s; and another 95 between 1930 and 1935. Moreover, these lynchings were often public events attended by white southerners dressed in their Sunday best.

In response, Irving Berlin sought Ethel Waters to star in his 1933 Broadway show, “As Thousands Cheer.” He made her the first Black star to be given equal billing with whites, and made “As Thousands Cheer” the first truly integrated musical as Waters appeared in comedy sketches with white cast members. Of the four songs Waters sang, none was more poignant than “Suppertime,” a musical “monologue of a woman giving her children supper while trying to figure out how to tell them that their father had been lynched by white racists.” 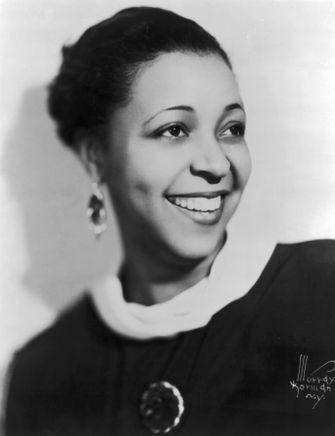 As Thousands Cheer: Irving Berlin made Ethel Waters the star of his 1933 Broadway show. By Getty Images

Berlin’s motivation was clear. The wave of lynching sweeping the South had appalled him. He told Waters’ agent, “We’re going to try to inject some serious note into this musical.” It ran for 400 performances, helping to create an anti-lynching consciousness in elite circles. Waters wrote in her autobiography: “If one song can tell the whole tragic history of a race it was that song. In singing it, I was telling my comfortable, well-fed, well-dressed listeners about my people… . When I was through and that big, heavy curtain came down, I was called back again and again. I had stopped the show with a type of song never before heard in a revue.”

This anti-lynching consciousness was further amplified by attempts at national anti-lynching legislation, first in 1935 and then again in 1937. Each was killed by lengthy filibusters by southern senators, and by President Roosevelt’s unwillingness to expend political capital by supporting anti-lynching efforts. However, because they were front page news for extended periods, because of Eleanor Roosevelt’s very visible identification with the cause, these attempts helped mobilize a strong public anti-lynching sentiment. As a result, lynchings became far less common and were no longer public spectacles. Thus, Berlin’s courageous, heartfelt efforts may have played a role in stemming the violence Black Americans were experiencing.

Did Irving Berlin appropriate or celebrate Black music — or both?