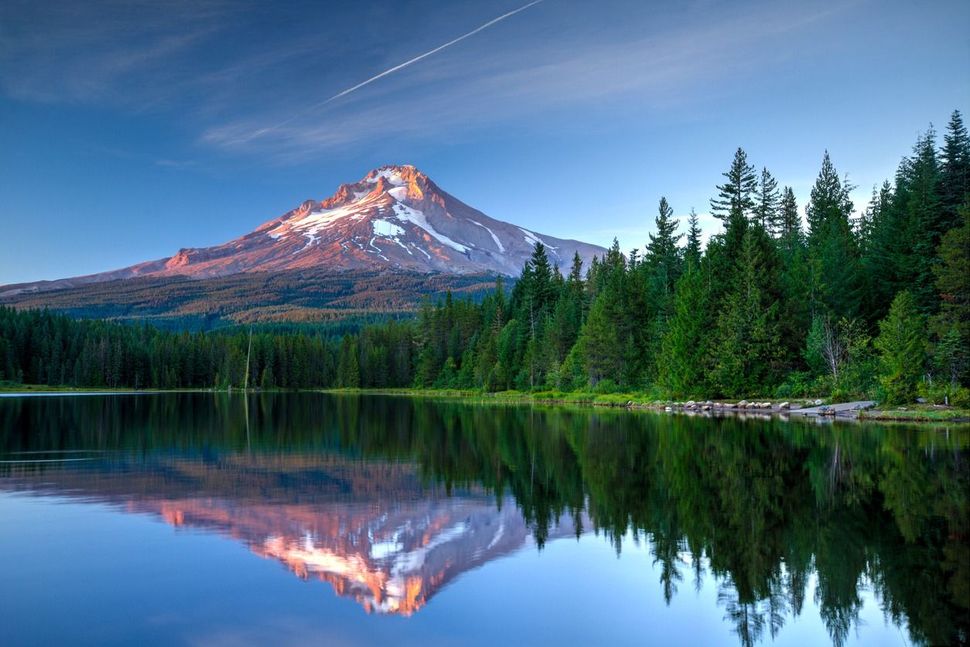 Most of us think of Oregon as a liberal bastion, home to hipster baristas and organic farmers, a conception encouraged by shows like “Portlandia.” But much of Oregon is truer to its historical roots as a “whites-only utopia” that forbade Black residents and displaced its native tribes.

It’s therefore unsurprising that the Oregon state song’s lyrics gave off white supremacist vibes. “Oregon, my Oregon,” composed by J.A. Buchanan, was voted into its official capacity in 1927 after winning a contest for state song.

Some of the lines are the usual poetry about sunshine and breezes, others are a bit more problematic. “Land of the Empire Builders,” it opens, and goes on to praise the land “conquered and held by free men” and “blest with the blood of martyrs.” The whole thing is, at best, too white-focused, and at worst, openly glorifying the murder of native tribes by white men.

Thankfully, as of Tuesday, there are new lyrics. Amy Donna Shapiro, an Oregon resident and musician specializing in traditional Jewish music, has updated the words while keeping the original tune. “Land of Majestic Mountains,” it now opens, and “blood of martyrs” is now “love of freedom.”

Few Oregonians today know the song, but it still led government meetings and made occasional appearances at sports games and other similar events; Shapiro told me she hopes it will be taught in schools again, now that the words are no longer offensive.

Shapiro first encountered the song when she was asked to teach it to her students 30 years ago, at the Portland Jewish Academy, where she was the choir director. She felt uncomfortable with it at the time, and has been pushing for years to change the words.

“I did not want to teach the children to sing about the blood of martyrs,” Shapiro said in a podcast interview with OregonLive. “It’s especially difficult in a Jewish school when there are martyrs all over the world who call themselves martyrs for attacking Jews.”

Five years ago, when her husband’s orchestra, the Hillsboro Symphony Orchestra asked her to sing the state song for a performance, she told them she would perform it, but not with its old words; that’s when she began to work on the new lyrics that are now official.

Shapiro and her husband, Jeffrey Olenick, a doctor and fellow musician who Shapiro calls her beshert, also spent two years living on the Pine Ridge Reservation in South Dakota, where Dr. Olenick served in the Public Health Service as a family doctor. Both say their relationship with native tribes made the lyrics seem even worse to them. “We are very sympathetic to Native Americans and what happened to them in this country, and I really felt uncomfortable singing about the conquering heroes and empire builders,” said Shapiro.

A columnist who wrote about the issues with the previous lyrics received hatemail and accusations of destroying history, but Shapiro considers her new lyrics to be a way of preserving tradition and history. “It needed to be changed or no one was going to keep singing it,” she said.

The timing was also important. “They’re been passing a lot of bills having to do with racial inequality and Oregon’s racist past,” Shapiro said. “There was a hesitancy in the past to mess with the historic state song of Oregon, but they finally came around. I’m so excited and happy about it.”

There were discussions about starting from scratch and holding a contest for a new state song, but Shapiro worried it would take too long. A previous bill to change the words died without being voted on, but this one has been voted through, passing 47-6 in the Oregon House in April and 23-5 in the Oregon Senate.

“I think it’s very important that the song is inclusive and recognizes the beauty of the state, and that everyone of every ethnicity can stand up and sing it with pride,” Shapiro said.

When not fixing racist state songs, Shapiro and her husband had a Yiddish radio show for over 21 years in Portland. Asked about any klezmer elements in the anthem, Shapiro said she left as much unchanged as she could. “But we could certainly play it that way,” she said. “Sometimes I translate songs into Yiddish. So that could happen, too.”