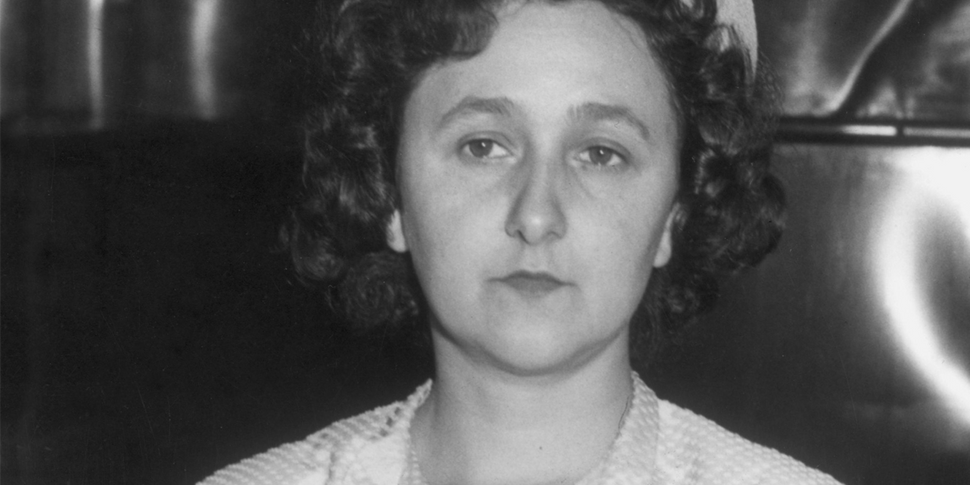 The sad case of Ethel Greenglass Rosenberg exemplifies the claim that on occasion, there are no more merciless judges of Jews than their coreligionists.

Rosenberg, who with her husband Julius was convicted of spying for the Soviet Union and executed by the U.S. federal government in 1953 at Sing Sing prison in Ossining, New York, has acquired the reputation of a magnet for discord among Jewish observers. This despite a trial featuring a group of American Jewish defendants, all of whom were spies or Stalinist sympathizers, with a Jewish judge and Jewish attorneys for the prosecution and defense.

As historian Deborah Dash Moore asserted, the Rosenberg meshugas was a “Jewish drama.”

Still, in “The Jews of the United States,” Hasia Diner observed that the Rosenberg trial made American Jews “exceedingly nervous” and the shpilkes have continued even today.

Their defense lawyers, led by Emanuel Hirsch Bloch, erred in putting the unpersuasive Ethel Rosenberg on the witness stand, while the judge, prosecution and FBI colluded improperly to ensure a guilty verdict and death penalty sentence.

The substantial anti-Rosenberg faction in American Jewry at the time was motivated by an urgent need after the carnage of the Holocaust to assert that U.S. Jews were Americans like everyone else who would not defend Jewish spies against the republic.

So the Rosenbergs became the first American civilians to be executed for espionage during peacetime, despite objections from distinguished Jewish observers, including Albert Einstein and Supreme Court Justice Felix Frankfurter.

Over it all remains the turgid rhetoric of the Rosenbergs in public statements all the more awkward because they were consciously intended to be inspiring, like their mawkish and banal prison letters.

Some of the most ferocious critics of the Rosenbergs, like literary critics Leslie Fiedler and Robert Warshow, were specifically repelled by their talentless writing. This esthetic fussiness was later decried by essayist Morris Dickstein.

Although Rosenberg supporters, including authors Herbert Aptheker and Howard Fast, likened their trial to the Dreyfus Affair, the only real similarity was that Dreyfus, too, was by all accounts an unsympathetic Jewish victim of malfeasance, although he happened to be an innocent one.

Ethel Rosenberg even managed to attract more obloquy than the McCarthyite henchman Roy Cohn who worked to prosecute her. Cohn was later immortalized in Tony Kushner’s play “Angels in America” as twinned for eternity in ongoing dialogue with Rosenberg. The latter’s image was presented less reverently in Robert Coover’s novel “The Public Burning” (1977) as the object of lascivious imaginings by Richard Nixon.

As the political scientist Virginia Carmichael has noted, even reportage from the death chamber described Ethel Rosenberg in blatantly gender-obsessed terms. Bob Considine, a Hearst columnist, evoked the death chamber where Rabbi Irving Koslowe recited psalms and vidui, a confession considered one step in the process of atonement:

“Ethel wore a Mona Lisa smile. Her little minnow of a mouth was curled at the edges in the faintest possible way. She was dressed in a dark green print of cheap material, a prison dress that revealed her plump legs below the knee. Her dark brown hair … was set in an almost boyish manner.As the hood was lowered over her eyes and the black strap placed across her mouth, she was looking straight ahead almost triumphantly. As the torrent of electricity swept through her body … from every pore there seemed to emanate a strange, unearthly sound made up almost exclusively of the letter Z. Now she seemed about to stand. Her hands contracted into fists. Thus she sat, lifted off her seat as far as the straps would permit, and I had the startled feeling that she would break those bonds and come charging across the floor, wielding those tight little fists.”

Ethel Rosenberg’s brother David Greenglass shopped her to the authorities, accusing her of acting as typist for the spy ring, when his own spouse was the guilty party. In 2001, Greenglass would justify himself by claiming, as cited by author Allen Hornblum, that he was encouraged to lie by the prosecution: “My wife is more important to me than my sister. Or my mother or my father, OK? And she was the mother of my children…I would not sacrifice my wife and my children for my sister.”

Rosenberg herself preferred to remain a defiant Stalinist making a propaganda statement about the corrupt American justice system through martyrdom, rather than plead guilty and escape the death penalty. She thereby deprived her two sons of a mother.

Those children in turn were not adopted by any surviving Rosenbergs, instead finding a permanent home with songwriter Abel Meeropol, who cowrote “Strange Fruit,” the anti-lynching anthem recorded by Billie Holliday.

None of the participants looks good in the Rosenberg narrative, certainly not Ethel Rosenberg, although Anne Sebba tries to win points by noting that she was a frustrated performer starved for attention by a disapproving mother.

But even Bob Dylan failed to genuinely make the Rosenbergs seem endearing with a feeble 1983 musical outtake “Julius and Ethel” (“…the truth it can be told/ They were sacrificial lambs in the marketplace sold”) deemed by “Rolling Stone” “far from Dylan’s best song” which he was “wise to leave” on the “cutting room floor” of the album Infidels.

Part of the problem with defending them is that the Rosenbergs were indisputably devout Stalinists, toeing the party line even after most of their Jewish communist friends were disgusted by the the Hitler–Stalin Pact of 1939 partitioning Poland and widely publicized anti-Semitic persecution in the USSR.

Historians concur that Ethel Rosenberg did her utmost to help her husband organize espionage efforts at the expense of America. In this way, she betrayed not just her country but also fellow American Jews, already accused unjustly of being communists.

Ethel Rosenberg was the rare exception, an American Jewish communist traitor ready to abandon her children to make a political point. Yet no one else was put to death for comparable offenses, so singling the pair out for such sanctions was indeed appalling.

As the historian Edward Shapiro reminds us, the Yiddish Forverts proclaimed at the time that the Rosenbergs were doubtless guilty but death sentences were too harsh, particularly compared to sanctions against other convicted atomic spies.

Her fate resulted from a misbegotten series of judicial mishaps, but how anyone can see Ethel Rosenberg as a role model or martyr to be venerated today remains a genuine mystery.