The secret Jewish history of birdwatching 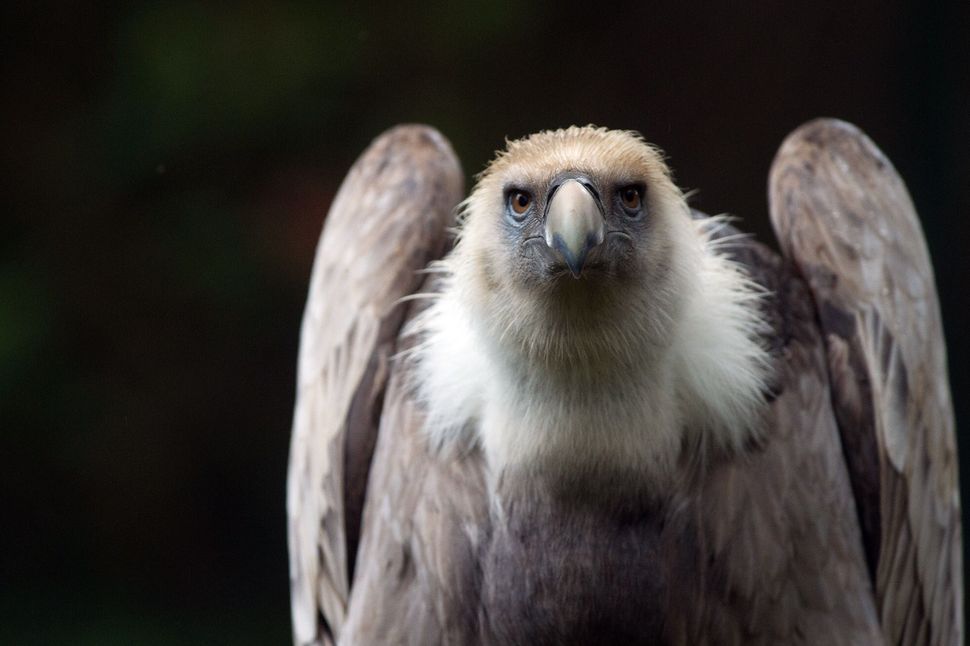 Like so many things, birdwatching can be traced back to the Bible, specifically to the story of Noah and the Flood. You probably recall that when the floodwaters receded and Noah’s ark found itself grounded atop Mount Ararat, Noah opened a window in the ark and sent out a dove to run reconnaissance for him, since his own view of the world, stuck atop Ararat as he was, was severely limited. When Noah saw the dove return with an olive leaf in its mouth, he knew that the waters had subsided enough for life to begin growing anew, and the inhabitants of the ark got out of there pronto and began the weighty, exhausting task of repopulating the Earth.

That is a very simplified, dumbed-down version of what actually happened according to the Book of Genesis, Chapter 8. But for our purposes, it serves as a leaping-off point for an investigation into birdwatching and Jewish history. The Bible is full of stories involving many species of bird, but in terms of gazing into the skies looking for them, one pretty much cannot beat Noah’s story. One verse in Exodus (19:4) comes close, however, when God says to Moses, “You have seen what I did to Egypt, and that I have borne you on the wings of eagles and brought you to Me.”

While “wings of eagles” sounds beautiful and poetic, some argue that the bird, referred to as a nesher in the original Hebrew, is actually a Griffon vulture — an awesome bird in itself, but not exactly pleasing to the ear in English: “I have borne you on the wings of Griffon vultures.” I would gladly volunteer to be bumped from that flight in favor of taking a red-eye on the wings of eagles.

Speaking of eagles, a verse in the Book of Proverbs (30:18-19) attests to the unknowable ways of birds: “There are three [things] that are beyond me and a fourth that I do not know: the way of an eagle in the heavens…” And the Prophet Jeremiah (17:11) cautions us not to behave like that hole-in-the-wall gang of partridges down the road, “summoning together [chicks] it did not bear,” likening them to “one who amasses wealth unjustly; in the middle of his days it will leave him, and at his end he will be considered a scoundrel.” Consider yourselves warned.

The Song of Songs marks the appearance of spring in the Holy Land in a passage traditionally recited at the end of the Passover seder: “The righteous blossoms are seen in the land, the time of your song has arrived, and the voice of the turtledove is heard in the land.” Writing in these pages a few months ago, Elliot Wilner noted that being indigenous to Europe, the turtledove is a bird of passage in the Land of Israel, “usually appearing there in the early spring as it migrates from its winter home in North Africa back to Europe.”

Birdwatching as we know it today began in the 19th century, with European characters including Alfred Russel Wallace, Alexander von Humboldt and Henry Baker Tristram. An English clergyman, Tristram was something of a Bible scholar, but he was also a naturalist and a supporter of Charles Darwin’s theory of evolution. In addition, he was a traveler, and he made his way to the Holy Land a handful of times, knowing that he would find a multiplicity of migratory bird species there. He recorded his discoveries in several books, including “The Natural History of the Bible” and “The Survey of Western Palestine: The Fauna and Flora of Palestine” (1884).

As it turns out, Israel is a birdwatcher’s mecca. Positioned as it is at the crossroads of three continents, serving as a land bridge between Africa, Asia and Europe, and in its tiny territory boasting extremely different habitats — from the snowy peaks of the north to the desert shores of Eilat — Israel attracts nearly as many birdwatchers as it does birds, or at least it seems to. Each year about a half-billion birds from 550 different species make their way across Israel, and the Jewish National Fund has responded by forming a master plan for the establishment of a network of bird-watching sites. Birdwatchers flock to the Jerusalem Bird Observatory to catch glimpses of wrynecks, collared flycatchers, masked and red-backed shrikes, thrush nightingales, European robins, hawfinches and bramblings, as well as Israel’s national bird, the hoopoe.

One of those birdwatchers who has visited Israel several times to watch birds and subsequently written about the experience is Jonathan Rosen, the Forward’s first arts editor and the author of “The Life of the Skies: Birding at the End of Nature.”

“Birding in Israel even today carries a biblical undertone and makes explicit certain questions that always live inside birdwatching, whether you are in a swamp in Louisiana or in what is left of the Huleh swamp in the Galilee,” Rosen writes. “The collision of the historical and the biblical and the ornithological and the theological and the political also makes that tiny country a place that is powerfully emblematic of all the intersecting elements present in birding wherever it is done.”

In the process of writing his book, Rosen made a surprising discovery: Abraham Cahan, the founding editor of the Jewish daily Forverts — of which the Forward is a modern English-language offshoot — was a birdwatcher. Writes Rosen, “Birds are a way to assimilate into the country, and always have been… In retrospect, it makes sense; [Cahan’s] paper was all about assimilating into the New World, and here was Cahan adding a vocabulary of warblers and thrushes to the English he had mastered on his arrival.”

Bob Dylan, another Jewish master of English who is often said to have “magpie” tendencies, once echoed a biblical prophet in the verse, “Bird on the horizon sitting on a fence / He’s singing a song for me at his own expense / And I’m just like that bird singing just for you / I hope that you can hear.…” Can we? Do we? Next time, we will all undoubtedly listen just a little bit closer.

Seth Rogovoy is a contributing editor at the Forward. He often mines popular culture for lesser-known Jewish stories.

The secret Jewish history of birdwatching