How to master the little-known art of indoor birdwatching 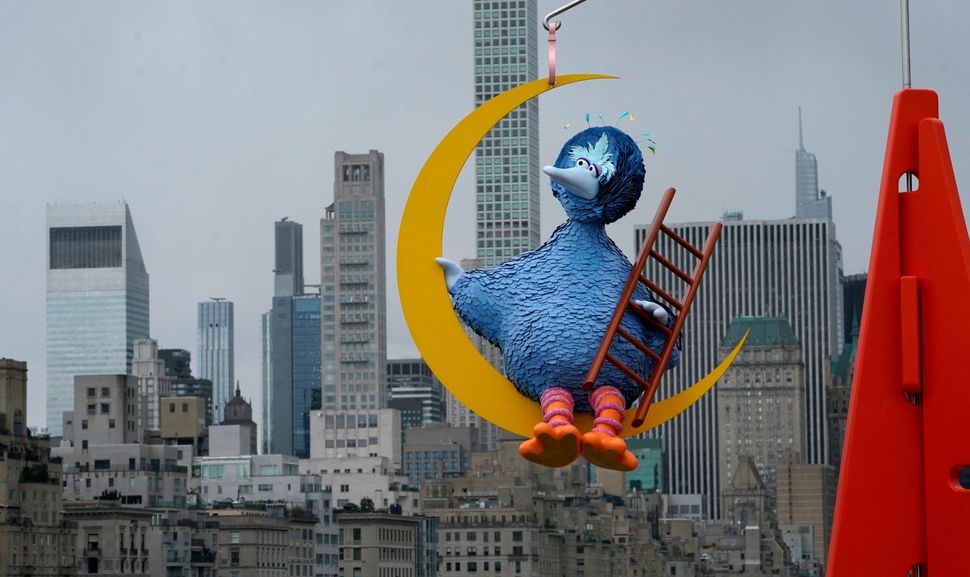 On my way to a museum for the first time in 15 months, I paused at the sight of something red flashing past me in the North Woods of Central Park. I squinted into a tangle of branches and dense foliage until I saw it again — black with a splotch of red, or maybe more of an orange.

I took out my phone and zoomed in to get a closer look.

Soon, I was flanked by people peering through binoculars and cameras with telephoto lenses the size of three-liter Coke bottles. One man positioned a tripod to set up a shot.

He looked through his camera’s viewfinder and frowned. “Nah, that’s just a redstart” he said.

“An American redstart,” he said. “You don’t need to take a picture. They’re all over. You can see ‘em any time.”

“But I never have.” I tried to photograph the bird, but by then, it was gone. 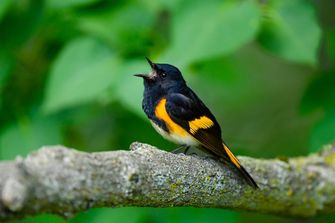 An American Redstart: This is a stock image of a bird that was too fast to be photographed by the author of this essay. By iStock

For the past year, museums have been closed but Central Park has been full of birdwatchers, meandering through the woods which has become its own sort of gallery, one where the exhibits are constantly changing. Some have argued that birdwatching is its own form of religion, one that can be traced back to the time of Noah, and there is definitely a spiritual aspect to it.

Religious or not, you certainly can learn a lot about how to look at art from looking at the birds. You can mark the change of seasons by the arrivals and departures of the tufted titmice, the warblers, the vireos and the night herons. The woods invite a patience that’s tough to muster when you’re rushing from one room to the next, negotiating throngs as you try to glimpse one painting or another.

Only when you stop to really look at a tree does the redstart come into view. And only when you’ve seen that tree every day for a week or a month do you realize that the redstart really is there all the time and maybe you don’t need to take a picture.

Which is why, when I finally emerged from the park and started wandering the galleries of the Met for the first time since early 2020, I found myself looking for birds and wondering where they had all gone. Why in all of Monet’s paintings of fields and ponds was there not a single bird in the sky? Taking a new look at old masters was all well and good, but why were the only animals I saw ones that had been domesticated, subjected to human whims — a child perched on a dog as if it were a divan; horses being dragged to market on a Paris boulevard.

So, I gave myself a new mission at the Met: I would look for birds. They may have not been in the skies of Rouen or the Netherlands, but they had to be somewhere. 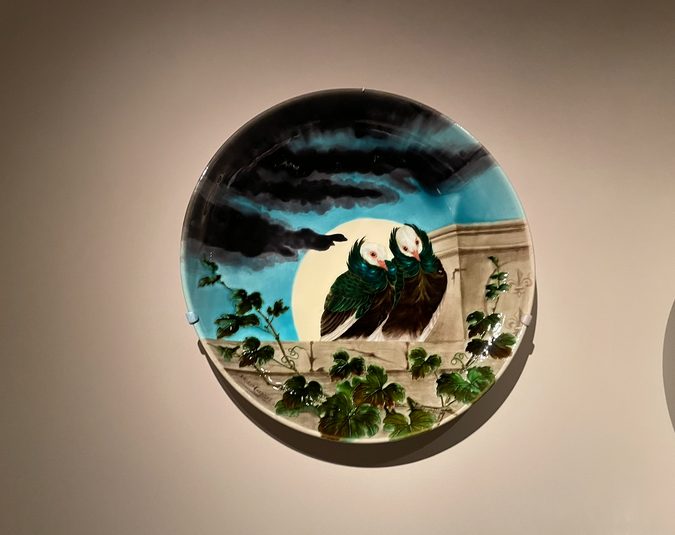 All Birds on Deck: A plate designed by ceramicist Theodore Deck. By Adam Langer

Turns out that looking for birds in the Met is not all that different from looking for them in the North Woods. If you’re patient and singleminded enough and if you’re willing to look in unexpected places, you’ll begin seeing them everywhere — in a peacock-shaped lamp from the Byzantine era; at the edge of a pond painted by Alfred Sisley; on a dish created by 19th century ceramic artist, Theodore Deck; on a swan candelabra; a phoenix pendant.

And, if you take the elevator up to 5 and step out onto the roof garden, you’ll find the biggest bird of all. There, talon clutching a ladder, seated atop a crescent moon, a 26-foot-tall Big Bird the color of the sky surveys the scene in Alex da Corte’s installation “As Long as the Sun Lasts.” Twirling with the wind, Big Bird gazes out at the skyscrapers of Manhattan, and the trees in Central Park below. If you wait long enough and you look closely enough, you can see the birds down there too.

How to master the little-known art of indoor birdwatching