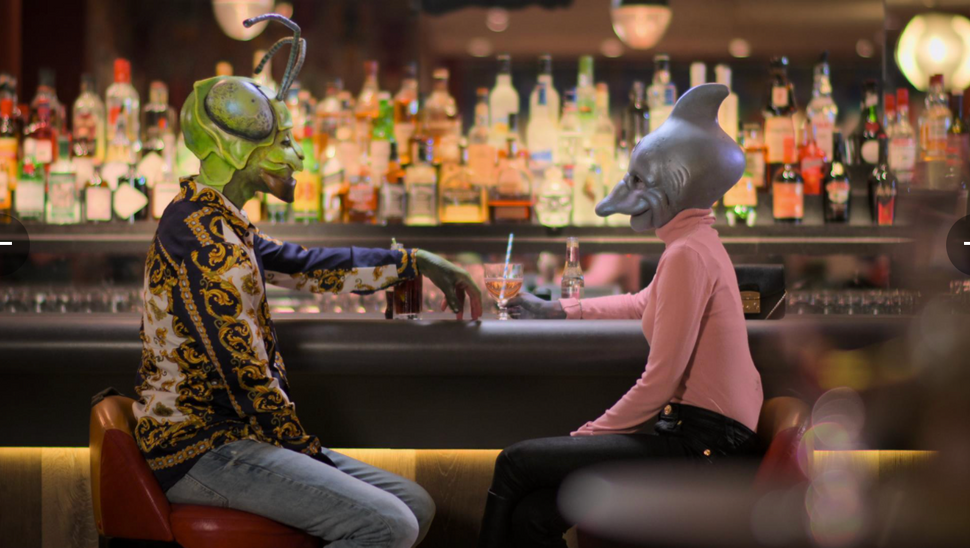 What if you were dating a rather bulbous dolphin? It’s a question no one had ever asked themselves before the arrival of Netflix’s new dating show, “Sexy Beasts.” Contestants are swathed in an obscene amount of FX makeup and prosthetic fins and transformed into various creatures, both real and fantastical, to see if they can fall in love with each other’s personalities instead of looks — though for me, the bigger question is how the baboon and devil who make out managed to circumvent each other’s sizable prosthetic snouts.

The show seems like a fever dream, and incredibly stupid, but perhaps it was inevitable. Years ago I heard a Radiolab episode I’ve never forgotten, about a dolphin scientist who maybe had a love affair with her subject, and there was also a lot of romantic speculation over the Oscar-winning “My Octopus Teacher,” so perhaps it’s not true to say no one has ever wondered what it would be like to date an animal.

Also, there’s the sizable furry community, though several of the contestants on “Sexy Beasts” are not animals, per se — there’s a tin man, as in “The Wizard of Oz,” as well as a devil and a vaguely “Star Trek”-looking alien. “Love is Blind” and similar shows have already used the idea of a dating show that obscures looks, in service of a dramatic reveal at the end where the contestants might reject each other upon perhaps (but probably not — this is TV after all) seeing that their date is ugly.

In fact, the basic concept traces back to the bible. When Laban, the father of Leah and Rachel, switched out the brides under the veil, Jacob woke up with Leah next to him. Nothing pricks at a basic insecurity like being tricked in your most vulnerable moment. 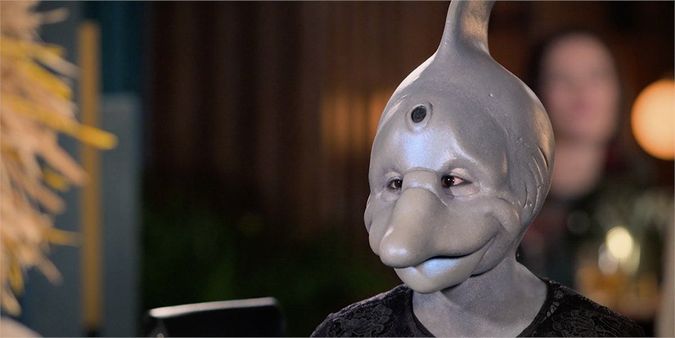 The dolphin lady, with a blowhole like a third eye. Courtesy of netflix

“Sexy Beasts” is playing off of this same basic desire and fear that the Torah speaks to, and it has a clear moral undertone. “Ready to say goodbye to superficial dating?” asks the promo text, implying that dating where you have any idea what your partner looks like is shallow.

But in the Torah and Talmud beauty is unabashedly important. Genesis tells us that Leah had “weak eyes” while Rachel was “shapely and beautiful” and this is why Jacob loves Rachel, and not Leah. Even after their marriage, he never discovers Leah has a more stunning personality and gets over it. In fact, Jacob’s love for Rachel and her beauty is one of a handful of times the word “love” is used between spouses in the Torah, which seems ample evidence for the fact that his love for her was true.

Admittedly, the trio (and their two handmaidens, who were also rather involved in the union) did not have an easy marriage full of love and free of problems, but I don’t think that’s a result of Jacob’s focus on beauty. Personally, I think their problems were the result of being tricked into a marriage — and the wives being sisters — but that’s just me.

The beaver man. Courtesy of netflix

In fact, the Talmud, in Kiddushin 41a, forbids an engagement without seeing the potential spouse, because they may see “something repulsive” that will cause the new partner to “become repugnant” and then the couple will live in hatred.

This isn’t to say that Jewish texts don’t also value character in a spouse — there is plenty about taking care of each other in a marriage, the kind of love and kindness that does not hinge on beauty. And the Torah goes on at length about the righteousness of its biblical heroes and heroines (as well as their flaws).

But the focus on beauty is a practical one; the Talmudic wants the couple to be happy together, and realistically, most people care at least somewhat about looks. It doesn’t mandate a beautiful wife, but it recognizes that appearances have an impact without condemning that fact as a moral failing.

Beauty, in any case, is not totally out of the equation in “Sexy Beasts,” despite its moralizing tone. Though the contestants wear animal heads, their bodies aren’t altered with matching wings or scales. As one contestant says in the trailer, lisping through his beaver teeth, “Ass first, personality second.” Despite the tagline, looks are hard to take out of the game.