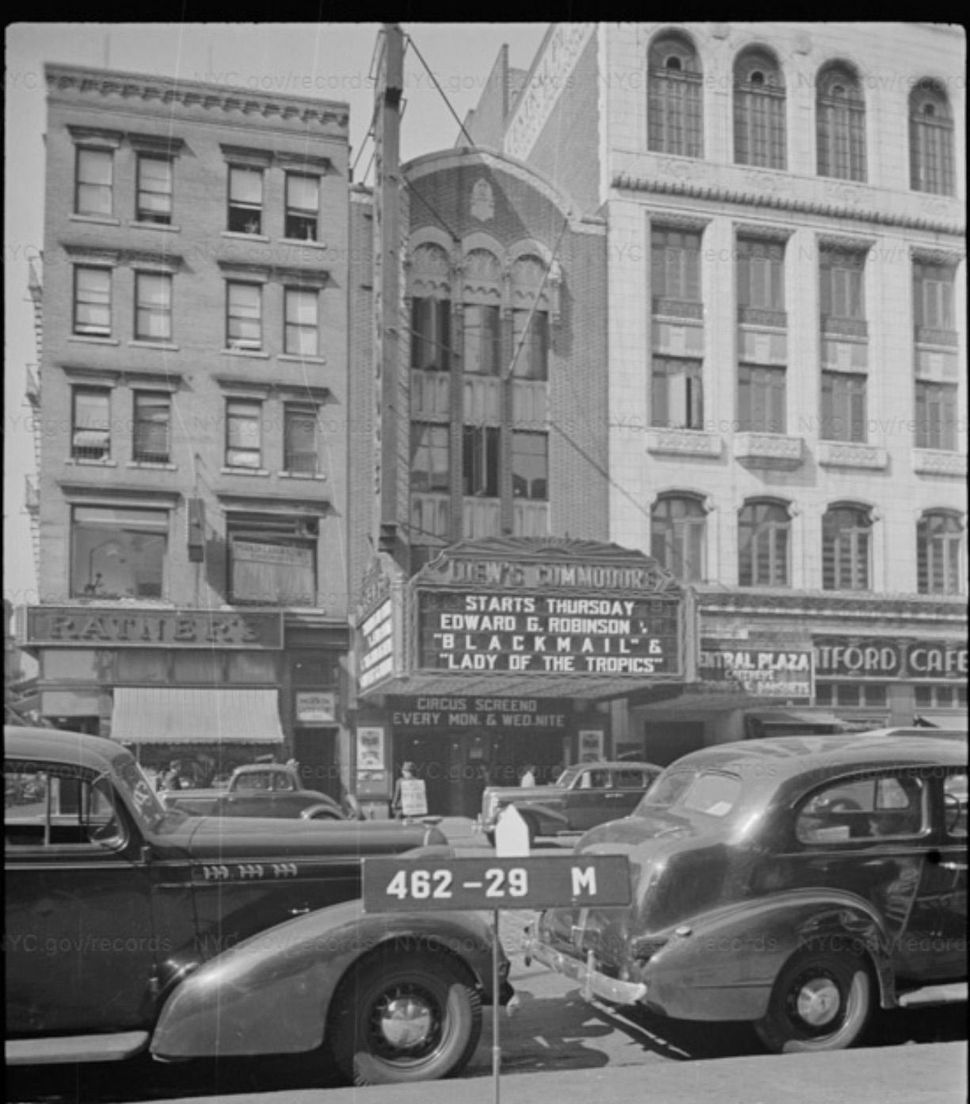 On the Avenue: The theater that became the Fillmore East was built in 1922 by Jewish entertainment entrepreneurs Elias Meyer and Louis Schneider and began life as the Commodore Theater, By NYC Department of Records

2021 marks the 50th anniversary of the closing of the Fillmore East, the iconic theater that early on was dubbed by a member of the Grateful Dead as “The Church of Rock n Roll.” And while the Fillmore is best known for the way it mainstreamed youth music, this rock ‘n’ roll church also has a Yiddish provenance.

It was built in 1922 by Jewish entertainment entrepreneurs Elias Meyer and Louis Schneider and began life as the Commodore Theater, a swank 2,200 seat revolutionary hybrid mixed-use space (movies and vaudeville) and just one of their 17 theaters on the Lower East Side alone).

Meyer and Schneider presented silent movies and vaudeville (both American and Yiddish) alongside night school, a popular and profitable method for fast-track Jewish acculturation. (For example, in the winter 1925 season, their Mt. Morris Theater in a formerly Jewish Harlem neighborhood, which was seeing a significant demographic shift of incoming African-Americans, Meyer and Schneider booked in Goldye Mae Steiner billed as “di shvartze khaznte, The World’s Only Colored Woman Cantor.”) 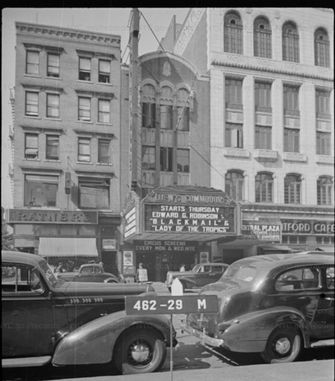 On the Avenue: The theater that became the Fillmore East was built in 1922 by Jewish entertainment entrepreneurs Elias Meyer and Louis Schneider and began life as the Commodore Theater, By NYC Department of Records

To build the Commodore, Meyer and Schneider turned to architect Harrison G. Wiseman (1877-1945) whose neo-Orientalist and Deco- styled theater constructions were among the most literate and lavish of the day. Wiseman (who, incidentally, was not Jewish) found even more popularity in the late 1920s with the arrival of talking pictures and microphones. Theaters rushing to “wire” their houses for sound found that extant Wiseman theaters were eminently better suited than other theaters to the different needs of both amplified and acoustic sound.

The playhouses of Wiseman, who could easily be called the father of New York Yiddish theater architecture, were familiar to Yiddish theatergoers on the Lower East Side as some of his earlier houses (like the extant Orpheum, which has hosted “Stomp” for years) had subsequently become Yiddish theaters.

Wiseman’s first-known Yiddish commission was the 1925 Louis N. Jaffe Theater, home to Maurice Schwartz’s Yiddish Arts Theater on East12th and Second Avenue; it functions today as The Village East Cinemas with much of the interior decorations still intact.

Yiddish shop-worker-cum-vest-pocket de’ Medici art benefactor William Rolland too turned to Wiseman when he sought to build a theater for the great Michal Michalesco in 1929. Rolland erected his eponymous Brooklyn theater on St. John’s Place, (the “Gateway to Eastern Parkway” and the source of its subsequent name change to the Parkway Theater.) The theater was sold in 1956 and functions today as “The Holy House of Prayer for All People.” 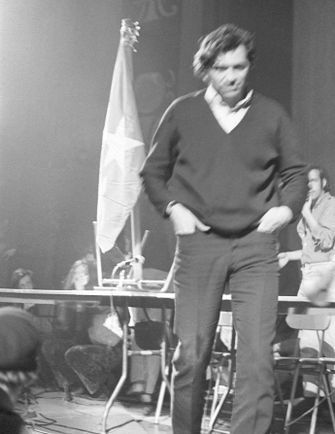 Impresario: Berlin-born Bill Graham (né Wulf Grajonca) had been kindertransported out of Germany to France from where, subsequently, he grew up in the Bronx. By Getty Images

On August 8, 1927, Variety announced the unexpected news that Meyer and Schneider would be selling their Commodore Theater to rival mixed-use showman Marcus Loew. In no time, Loew’s Commodore turned to its own formidable roster of movies from its MGM Hollywood studios and deep catalog of variety artists including those in the Yiddish world.

A January 18,1928 notice in Variety states that Boris Thomashefsky (whose fortunes had begun to wane in the late 1920s) would debut a vaudeville sketch called “Mark’s Millions” at the Loew’s Commodore, ironically only a few blocks from where Thomashefsky’s own original theater once stood.

The rise of talking pictures and the decline of vaudeville in the early 1930s meant that Loew’s theaters cut back on live shows to increase focus primarily on offerings from MGM.

At the same time, a change in ownership at WLTH, one of Brooklyn’s feisty low-power radio stations featuring Yiddish programs, would bring the decamped little station cheek to jowl with the Commodore. 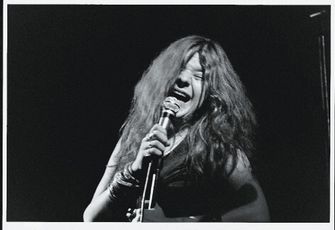 At the Fillmore: Janis Joplin was one of many to grace the Fillmore stage during its rock ‘n’ roll heyday. By Getty Images

With business offices and some studios pitched at next door’s Manhattan Central, WLTH traded on the superb acoustics of the Commodore, periodically broadcasting concerts performed for a live audience from its stage. For example, poet actor/director (and the driving force of WLTH Yiddish programming) Victor Packer, would, early in his tenure, broadcast live performances of his adaptations of Yiddish novels and plays before theater audiences until the station was forced off the air in 1942.

The 1948 anti-trust rulings against movie studios owning their own theaters meant that the Loew’s Commodore was cut loose from MGM. It eventually became The Village Theater, whose management paid the bills by toggling between neighborhood theater groups, foreign films and short-run seasonal leases.

One of those leases was made to Polish-born Yiddish actor Ben Bonus.

Bonus, (1920-1984) had come to the U.S. in 1929 and, denied membership in the Hebrew Actor’s Union, toured the country in his so-called Jewish Mobile Theater (“a limousine with scenery tied on the roof and six actors huddled inside”). He became a sort-of Yiddish theater Johnny Appleseed, championing the works of Goldfaden, Sholom Asch and Mendele Moykher Sforim and touring the provincial Yiddish theater circuit.

In 1964, Bonus and producer partner Sol Dickstein started leasing the Village Theater running what their ads described as “a musical revue with American and Yiddish stars and revivals of Yiddish film classics” — in other words, an unintentional reanimation of the successful original mixed-use approach of Meyer and Schneider in the 20s.

Working with his wife, the late Yiddish actress, Mina Bern, their shows like “Let’s Sing Yiddish” (and its tie-in LP) when matched to their unspooling of old Yiddish talkies drew in crowds. A few weekends a month, he was able to fill the theater’s 2,800 seats. 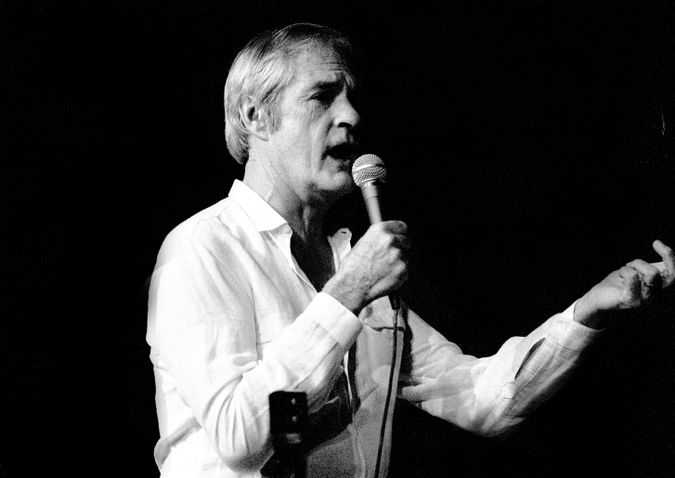 A Tough Act To Follow: Advertisements for Timothy Leary’s appearance at the Fillmore anointed him “the reincarnation of Jesus Christ.” By Getty Images

But external changes were already in place at the Village — a November 11, 1965 press release touted a “folk rock” concert starring Chuck Berry! Tuesday night presentations of “The League for Spiritual Discovery “ were led by Dr. Timothy Leary who, in a puckishly-posed picture beneath the unchanged Loew’s marquee, was advertised as the “reincarnation of Jesus Christ” while neatly framed by both the banner for Bonus’ Yiddish-American vaudeville theater, and the storefronts of the kosher dairy restaurant, Ratner’s.

The Berlin-born Graham (né Wulf Grajonca) had been kindertransported out of Germany to France from where, subsequently, he grew up in the Bronx. Despite neutralizing his childhood German accent, changing his name and moving to California where he honed his promoter skills creating performing platforms for bands like the Grateful Dead, Jefferson Airplane, Big Brother and the Holding Company and Janis Joplin, Graham continued to maintain an active link with his Yiddishkayt. He was the first underwriter of Chabad San Francisco’s giant Hanukkah menorah the first of its kind outside of Israel, and maintained some Yiddish literacy. His older sister, the late Ester Chichinsky, was known to be a fluent Yiddish speaker. 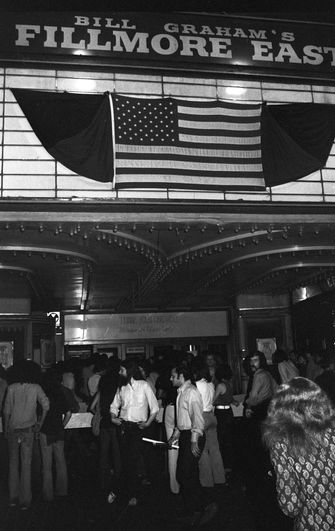 It’s impossible not to think that Graham: educated, clear-eyed and intuitive — would not be aware of the irony of what he was doing in repurposing this old Jewish theater and changing its identity the same way the neighborhood, too, was changing its own identity from the Lower East Side to the East Village.

Like a salmon swimming back upstream, Graham returned in 1968 to the New York of his middle youth to open a church of Rock n Roll in a former Jewish theater — now debased and disemboweled, one of a phalanx of redundant and anonymous neighborhood storefront banks — as the last of the flamboyant Jewish impresarios to make its walls ring.