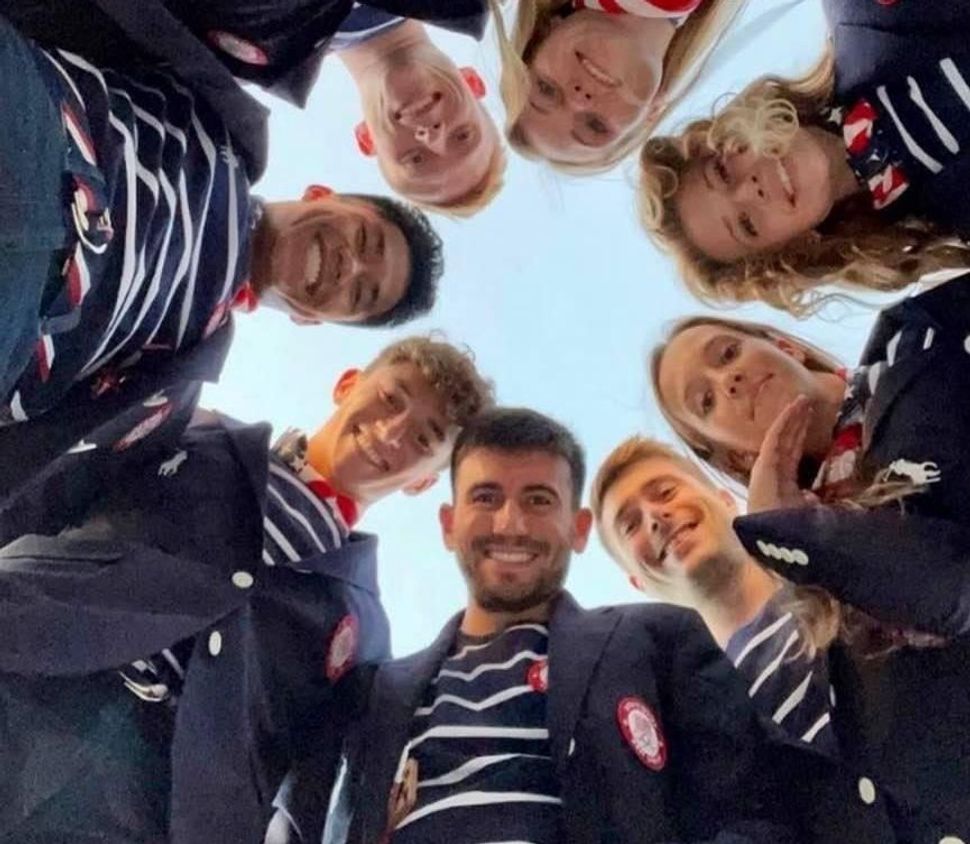 Brandon Loschiavo with the American aquatics team in Tokyo. Courtesy of Laura Loschiavo

Not long after Brandon Loschiavo started taking gymnastics at the age of four, he made a bold declaration to his mother.

“He told me, ‘Mom, I’m going to go to the Olympics,’” recalled Laura Loschiavo. “He’s pretty committed, so once he says something he usually does it.” 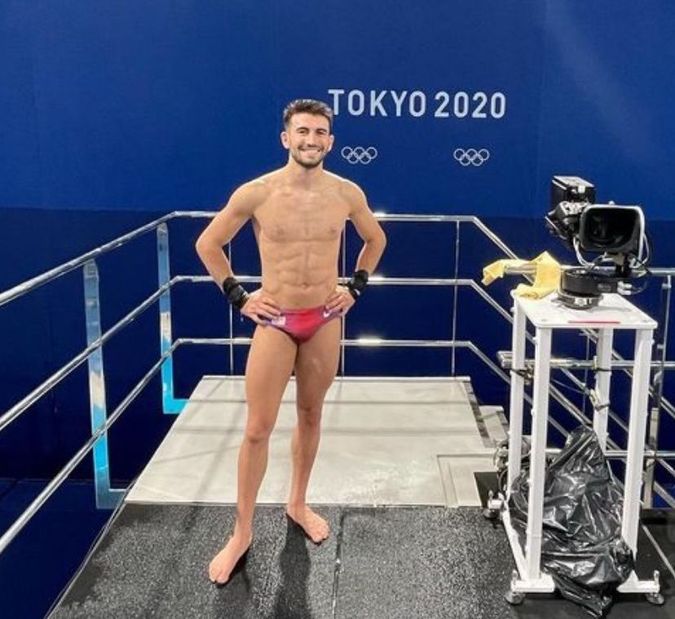 Brandon Loschiavo will take the plunge at preliminaries on Thursday night. Courtesy of Laura Loschiavo

Nearly two decades later, Loschiavo is in Tokyo making good on the vow — as a diver. He is slated to take his first Olympic plunge in the preliminary round Friday.

Loschiavo, who is from Huntington Beach, Calif., is among a deep field of Jewish Olympians competing for the United States in sports ranging from basketball to fencing. And he’s the youngest in a family of competitive athletes. His dad was a track-and-field star, his mom was a former gymnast. His brother and sister earned Division I scholarships in pole vaulting and gymnastics, respectively.

It was when Loschiavo was around 12 years old that a back injury forced him off the parallel bars and into the pool. Looking for a sport for him to learn while he recovered, his mom enrolled him in a diving camp in Long Beach. Once again, young Brandon asserted his purpose.

Ever since, Loschiavo has been in the pool six days a week on his way to becoming a three-time Big 10 diving champion at Purdue and the 2021 NCAA 10-meter platform diving champion — while earning academic honors as a mass communications major. 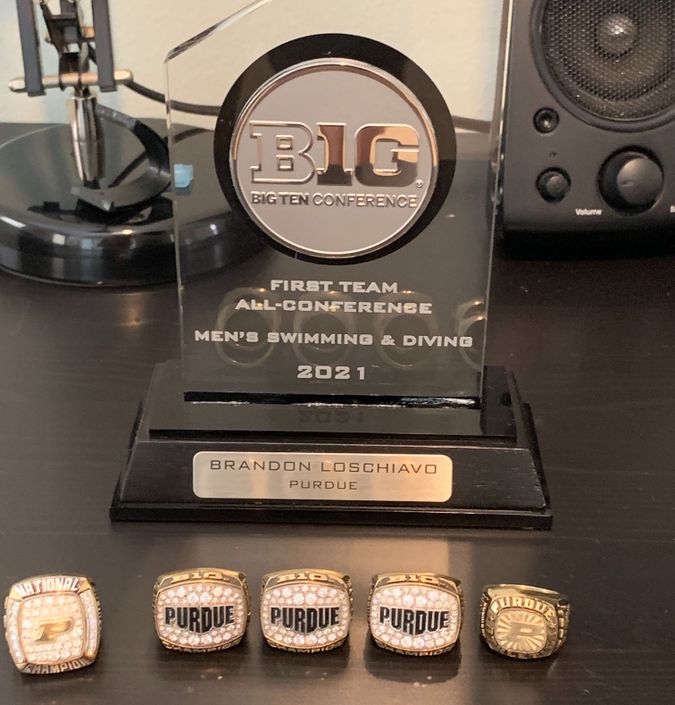 In the U.S. Olympic qualifiers in Indianapolis this spring, Loschiavo finished head and shoulders above his American competition, earning the top score despite missing his final dive.

The Olympic bid he earned that day was the culmination of 20 years spent traveling to competition.

He heads into Olympic competition ranked 25th in the world in men’s 10-meter diving by FINA, the international governing body for aquatic sports.

Brandon’s most difficult dive is a four-and-a-half-somersault-twist, his mom said.

Because these pandemic Olympics are being played without fans, Brandon’s family will be watching him on TV from Huntington Beach, where the Indiana resident returns each year for High Holidays. The time difference will require the Loschiavos to stay up past midnight to watch: the Friday’s preliminary round and Saturday’s finals will be broadcast starting at 11 p.m. local time.

“We’ll be pacing up and down the family room,” she said.