Disney star Raviv Ullman is ready to be your new rabbi 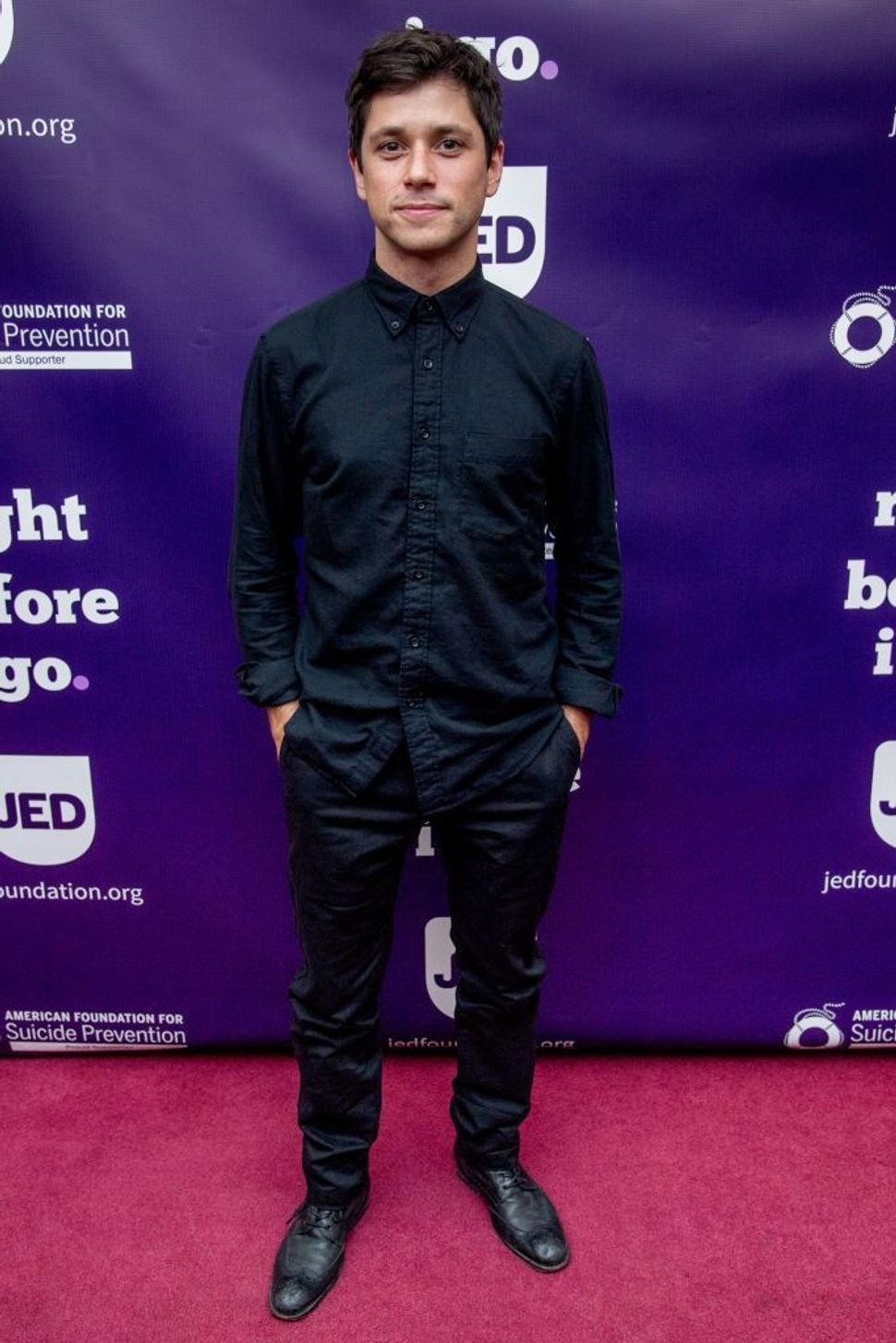 Raviv Ullman in a black shirt. Photo by Getty Images

Raviv Ullman might have been your middle school crush when he starred in Disney’s “Phil of the Future.” Today, he’s probably more akin to your rabbi (not that you can’t have a crush on your rabbi).

While Ullman still acts, he’s moved past goofy sci-fi comedies to more serious work, such as a documentary about the Dakota Access Pipeline. And, during the pandemic, he began a new podcast, called “The Study,” in which he dissects and interprets the weekly Torah portion along with various Jewish professionals and luminaries. Guests have included Ilana Glazer and Neshama Carlebach.

Ullman’s maternal grandfather, Joseph Ehrenkranz, was a charismatic pulpit rabbi in Stamford, C.T. Ullman called him a “superhero” who everyone knew from his “incredible sermons,” so in a way, the podcast is nothing new. But Ullman takes a different approach to the text, looping in activism, environmental themes and even the history of smells.

When we spoke, Ullman was warm and chatty, often going off into long, philosophizing spiels as he considered Judaism, art and his relationship to Torah — as well as comparing notes with me on biking around the city from his former days living in Brooklyn. “I often forget that I’m in interview mode and I’m just having a good time talking,” he said.

Our conversation, edited lightly for clarity and rather heavily for length, is below. 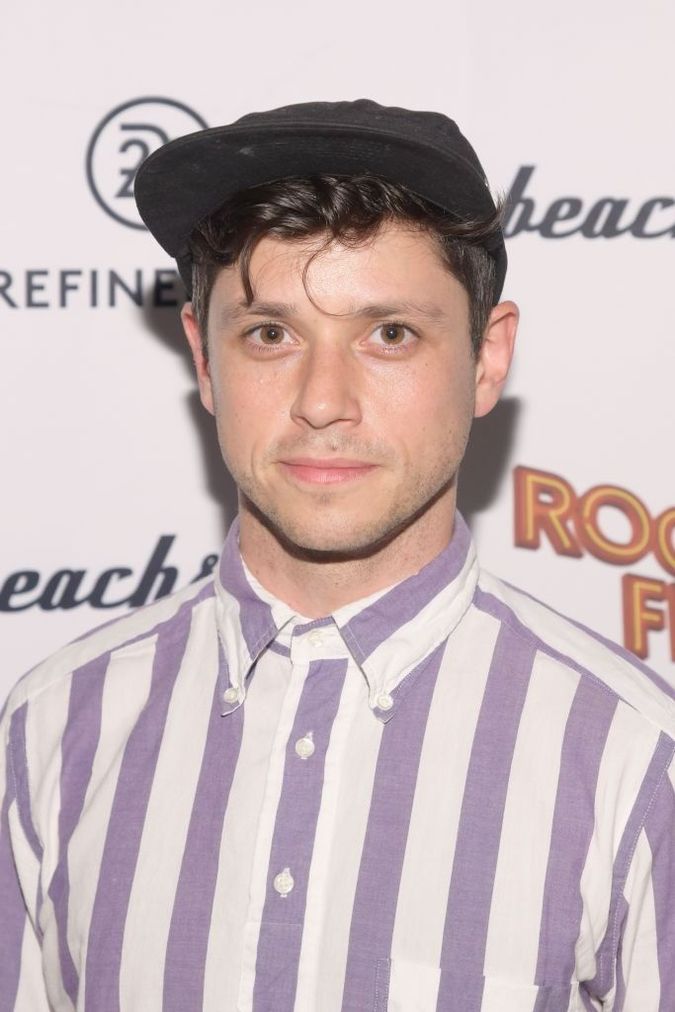 Raviv Ullman, all grown up.

I have to admit that I grew up without cable and I have never seen “Phil of the Future.”

You’re in the clear. It was a very specific moment, that show was not on for very long, and so it was a very small but mighty audience. I’m glad to talk about other things.

Why don’t you tell me a little bit about what you’ve been up to recently? I know you’ve been working on this documentary about the Dakota Access Pipeline.

When I started that project, a director friend said, “Oh, you’re making a documentary — have fun for the next six years!” And I said, “Ha ha, six years.” Anyway, it looks like that’s about how long documentaries take to make, so that’s still an ongoing project.

I have also started working in the opera space recently, which is brand-new but really exciting. Boston Lyric Opera and Long Beach Opera commissioned an eight-part miniseries by James Derrah, the LBO artistic director, and Ellen Reid, who won a Pulitzer for opera, and they wrote this opera. I was invited to come act in it — it was a dual cast where they would record it in a studio and actors would act it on screen.

I’ve since been roped into this opera world. Up until recently, I’d actually never been to an opera. Hearing opera singers, like [Metropolitan Opera star] Isabel Leonard, sing at full volume, feet away from you, is one of the most insane things I’ve ever experienced. It’s like being on a roller-coaster ride, you feel it in your toes.

And how did the podcast fit into all of this?

In the beginning of the pandemic, everything shut down, and everything that I do is collaborative. I really missed that. A podcast that was studying Torah with a rotating group of rabbis seemed like an incredible way to be in conversation with people about the world around us.

It was born out of doing Shabbat dinners at home. In the pandemic, we kept it up and that was really helpful. It was really hard to engage with the world — we didn’t know what the heck was going on. There was a pandemic, and a whole new upswell of activism, and it was hard to look straight at it all the time, with perspective.

Torah gave us an in. Here’s what’s happening in the Torah, and what does that make us think of, and how do we reflect on it? That was a really useful tool that kept a big group of friends in deep conversation with each other at a time when we didn’t know where exactly to start the conversation. So I’m trying to be truthful to that with the show.

How did those Shabbat dinners get started?

I went to Israel with my brother for a few months and came back inspired to have Shabbat again, so I started hosting Shabbat for friends in both L.A. and New York, wherever I was. We weren’t a group of people that were looking to go clubbing on a Friday night, we wanted to spend it breaking bread, and everyone was welcome.

I remember being nervous to get all of these non-Jews to wash their hands for challah and then stay quiet until they ate it. And then it was everyone’s favorite thing — people looked forward to that quiet moment at the end of the week.

That kind of blew my mind. People are starving for this ritual! We need Shabbat to just take a break for a second, even if it’s the 20 seconds between washing your hands and the challah.

Then I hosted Shabbat Zoom every week in the beginning of the pandemic and so many people showed up. Like, this was after they had been on Zoom all week long, and they still showed up.

Who is the podcast’s audience? It’s very specific and very Jewish, yet on the other hand, it’s not – you talk to all kinds of people and connect the text to the environment, to Black Lives Matter, to activism.

I get really frustrated in the arts when people try to make something for everyone. I definitely don’t pretend or want to pretend that I’m speaking on behalf of all millennial Jews, or all progressive-leaning Jews.

The journey of the show was me being curious to go through the Torah for the first time as an adult, and to do it with people who are way smarter than me. And that is seemingly resonating — we dip in and out of the number one spot on iTunes, which is wild.

How do you approach all of the boring parts of Torah? You know, the bits you’re afraid to get as your Torah portion for a bar mitzvah, that say exactly how long the Temple should be or what kind of wood to use.

We like to have fun with it. Leviticus can be a little dry sometimes, but why are these things so deeply specific? When I read this whole thing about acacia wood and the very specific incense that was used, that made me wonder why smell is so important, and how smell has been used in religions across the course of history. So we brought people in to talk about that.

The other thing that’s even more difficult and more thrilling are the really problematic parts. Like, Pinchas is a problematic character but he’s written as a hero. And we find a lot of misogynistic writing in the Torah. On the show, we try to really look at that and tear it apart. What if we’re able to trace some modern bit of misogyny back to a line in Torah? Then we’ve actually uncovered something and can start to unravel it.

It sounds like there’s a clear theme of interrogating stories in all of your work.

That’s the Judaism I grew up with. Friends would come over for Seder, and they’d been used to reading through the Seder as fast as possible to get to dinner. But we sit around for hours and hours and hours and rip the thing to shreds, and we do it every year. It’s one of my favorite things to do, because it’s like this deep engagement with my family.

I was taught that asking questions is one of the most Jewish things you can do. Israel means “to wrestle with God” — I’m leaning into that as hard as I can. I don’t have to blindly accept anything, the whole point is to wrestle with it and ask the hard questions.

How has doing the podcast changed your relationship to Judaism?

One of my favorite parts of making the show is sitting down with my producer Evan, and we read through the Torah portion together, and think about all of the conversations we could have, and then figure out how to do the episode. But Evan and I are in deep conversation around the text, and that’s our own chevruta. I’d never done that as an adult, not since I was at Hillel Hebrew Day School.

Who is your dream guest?

I’d love to study Torah with Obama, or to talk to [Secretary of the Interior] Deb Haaland about her spiritual journey and the importance of land and our relationship to it.

Oh, or when I was a touring musician, I did a tour with Lizzo, very early on in her career. It would be fun to study some Torah with Lizzo.

Disney star Raviv Ullman is ready to be your new rabbi