How a 17th century mathematician inspired a very modern novel 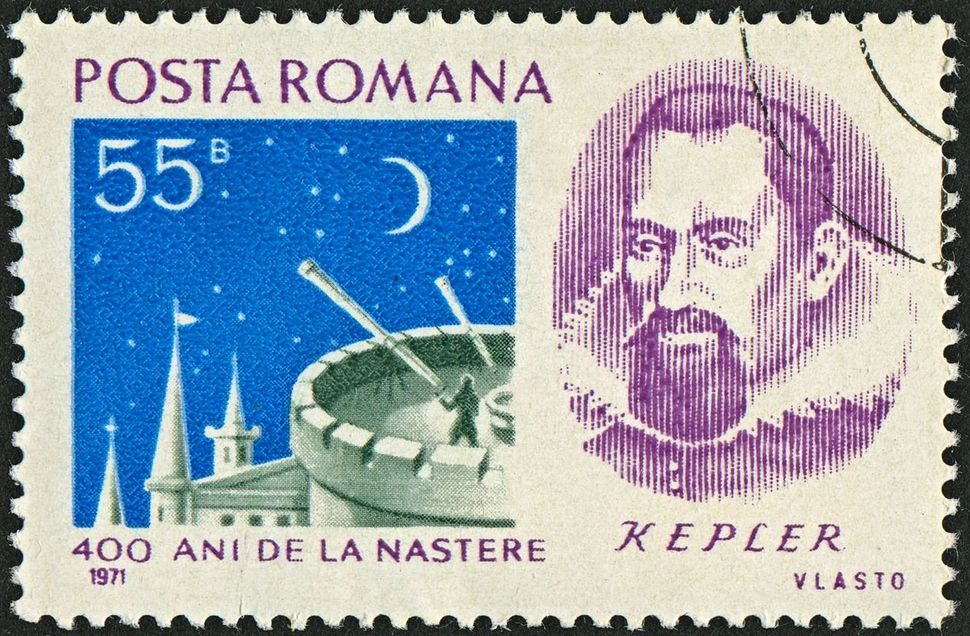 A stamp bearing the portrait of mathematician Johannes Kepler. Image by iStock

Rivka Galchen showed up to our Zoom interview wearing white headphones and a baseball t-shirt bearing the words “Brooklyn Poets.”

“I don’t even live in Brooklyn,” she said apologetically, twisting around to show me that the back was emblazoned with W.H. Auden’s name and adding that it was “super soft.”

It made sense that Galchen was quick to disavow New York’s most stereotypically writerly precincts: Her writing is sharpest when it comes to unprepossessing places and people. “A neighborhood feels ‘right’ to me only when it suits me in no particular way,” she wrote in an essay on the appeal of Hell’s Kitchen, where she lived for several years.

Galchen’s keen sense for the overlooked grounds her latest novel, “Everyone Knows Your Mother is a Witch,” which takes place in the early 1600s, at the outset of the Thirty Years’ War — a period of astonishing violence which has faded into an equally astonishing obscurity. Her protagonist has been equally forgotten by history: Katharina Kepler, an elderly herbalist and the mother of mathematician Johannes Kepler.

As conjured by Galchen, Katharina is a woman of her own time and of ours: A prosperous but illiterate widow, she spends her time providing well-intentioned but often unwanted advice to her neighbors in the German market town of Leonberg. Katharina’s intrusiveness makes her endearing — you probably have a woman like her in your life, especially if you’re a Forward reader. But in a culture that regarded self-sufficient older women with intense suspicion, her personality also renders her vulnerable. When a neighbor’s petty accusations of witchcraft spiral into a years-long trial, she realizes how fragile her status in the community really is.

I talked to Galchen about her writing routine (or lack thereof), 17th-century litigation and the risks of rationality. The following conversation has been edited for length and clarity. 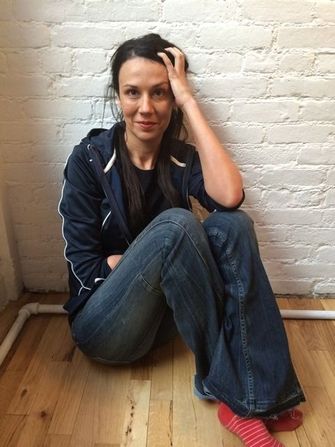 When I wrote my first novel I had this amazing morning routine. The Hungarian Pastry Shop was near my home. It opened at 7 a.m., I would be the first one there, I would have 45 minutes of cookies and coffee and spacing out. It was really efficient for writing because being in the same place every day got me to the “zone” faster. After my daughter was born, which was 1,000 years ago (she’s eight), that was just dynamited. But I’ve developed a better muscle for getting into the “zone” whenever I have a little bit of time.

What are your biggest distractions?

Well, we got a pandemic cat. I feel like she needs my love all day long.

You’ve written some really lovely essays about motherhood. What are you reading with your daughter?

This is sort of cheesy, but we’re reading that classic book that I didn’t have in childhood but everyone else did: the D’Aulaire Greek myths. Even though it’s all about Zeus and his sexual exploits — that’s the main plot, one after another set of children he has to hide from his wife — she really loves it.

The book that brought her to life for me was “The Astronomer and the Witch” by Ulinka Rublack. It honestly felt like being hit by lightning. Katharina is not just any woman, she’s the mother of one of the greatest mathematicians in history. And it seems like he got that from her; he was very much like his mother and not like his father. I thought about the mathematicians in my life, who believe that if something is true, and you show people the error of their ways, and you think logically, then everyone will respond to that. Of course, the world is quite unresponsive to reason and logic and evidence, even today. So I connected to that slightly magical personality.

Katharina is such a recognizable character — I think everyone knows a person like her. How much of her personality could you discover in primary sources, and what did you have to invent?

When Kepler was 26 years old, he did a big horoscope of the whole family, and he basically said she’s a sly, difficult, quarrelsome person. He was also really hard on himself. And from the way her neighbors describe her in the depositions, you get the sense of there being a disjunct between how she saw herself and how others saw her. I felt immediately that she was a woman I know — a woman who’s very intelligent, but who doesn’t necessarily read the room or know how she’s being received. Like a lot of people I admire, she wouldn’t be a great politician. She doesn’t know when to flatter and when to misdirect.

What did you do to get a feel for the time period?

I like reading more than I like writing. It was really fun to find things out — for example, Katharina is illiterate, but what books were in people’s households at that time? What were they reading? There were some great scholarly books about crimes that women were prosecuted for at that time, besides witchcraft. They were, of course, quite different from what men were prosecuted for.

Can you give some examples?

A lot of them were things like, a woman criticized her husband in public for not speaking out at the guild meeting, and she gets put in the public stocks and humiliated. There was so much instability that there was an uptick of laws regulating minor things. So, servants would sometimes get clothes from the people they worked for. But someone of a servant’s station wasn’t supposed to wear velvet, and if they were seen in the market wearing velvet they might get prosecuted for that.

What was the most surprising thing you learned?

I realized that just because child mortality was very common didn’t mean people handled it very well. I would come across stories like, a woman whose two-year-old died went crazy and stole a child from a peasant, dressed her in the dead child’s clothing, and raised her. I had a sense that people just adjust to whatever horrible things are going on around them, but it was never easy for anyone.

It’s easy to think of the 17th century as backward and barbaric compared to our own time. But much of this book feels very modern — for example, there’s a widespread distrust of science, and a social contract more precarious than the characters realize. Were you looking for parallels as you wrote?

I wasn’t doing it consciously. That ruins writing for me, if I have an “op-ed” relationship to my work. But I’m sure that was part of why the story was so vivid to me. The main thing was that sense of a juggernaut having begun, and there’s no way to stop it, even though it’s perilous for many people. There’s no evil genius in the story, just some pettiness and fearfulness. The kind of human fragility that seems manageable, but once it enters into this other framework it becomes terrifying.

Did you look to any other historical novels while you were writing this one?

The only one I had as a conscious model was “Wolf Hall,” because [Hilary Mantel] made it modern. I didn’t feel that she was unfaithful to the time period, but she translated it into the present tense.

In the acknowledgements, you write that you’ve never enjoyed writing a book as much as this one, even though “it is a sad book, written during a distressing time.” Why do you think that was?

I think I needed it more than I’d ever needed another project. It gave my head something to think about that felt more productive and valuable than reading the news for hours and hours a day. And I really liked my main character. She was tangled up with people I love, and kinds of people I love. You don’t always like your characters; if I have a character who resembles me, then of course I’m not going to like them as much.

How a 17th century mathematician inspired a very modern novel