In Thailand, a rich and complicated Jewish history 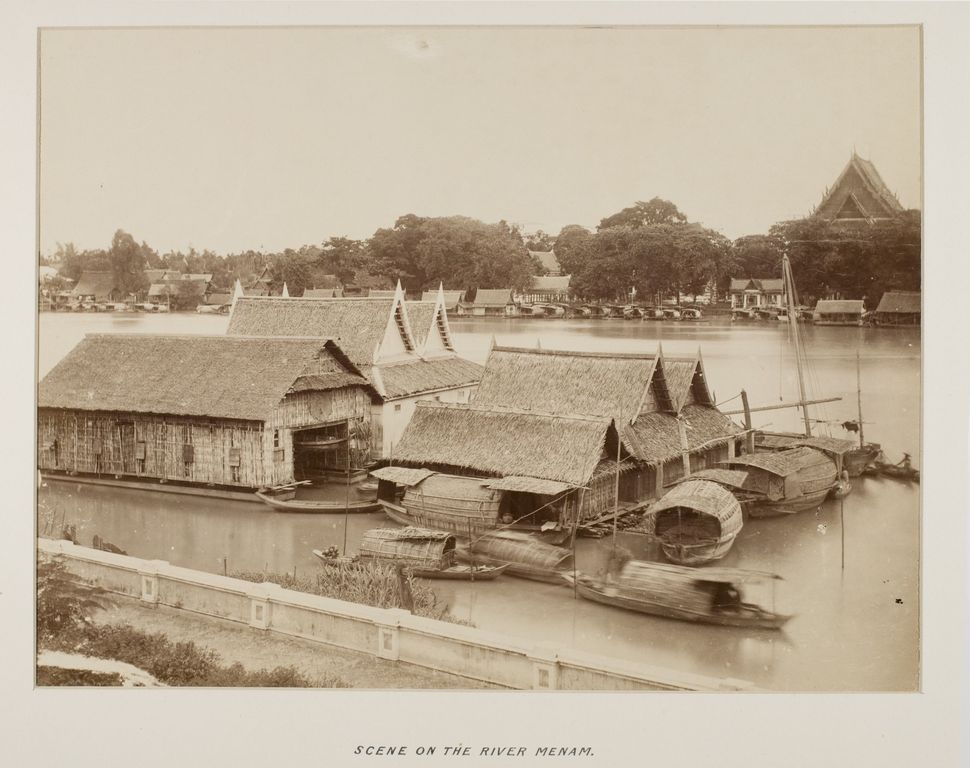 Thailand is usually mentioned in world media in terms of Jews when local students or rock performers use Nazi imagery frivolously, unaware of its meaning.

Apologies are then duly rendered to the Embassy of Israel in Thailand, which are graciously accepted by the ambassador, and everyone moves on, although the major focus of Thai national education remains Southeast Asian history, as opposed to such European tragedies as World War II or the Holocaust.

Even so, hastily formulated excuses for obliviousness should not distract from a recurrent fundamental awareness of Jews for over a millennium in the Land of Smiles.

Garbed ornately, considering the sweltering climates they passed through, these Jewish tradespeople were pioneers with a unique status.

In the eighth century, Jews enjoyed a monopoly in East-West trade. This was because after Islamic nations newly assumed control of the routes to the East, Christian merchants were no longer welcome to use them. Instead, Arabic-speaking Jews were permitted access, at least during the eighth and ninth centuries.

The postures of the Khu Bua figurines suggest that they may be offering tributes at Buddhist temples. Medieval traders and others who followed were surely just as respectful to local religious traditions, and around a millennium later, another Jewish wayfarer would make paying homage to Siamese hosts into an art form.

Salvatore Besso, an Italian Jewish foreign correspondent, traveled in 1911 to what was then known as Siam as part of a Far Eastern tour, arriving just in time for the public coronation of HM King Vajiravudh (Rama VI) to which foreign dignitaries were invited. 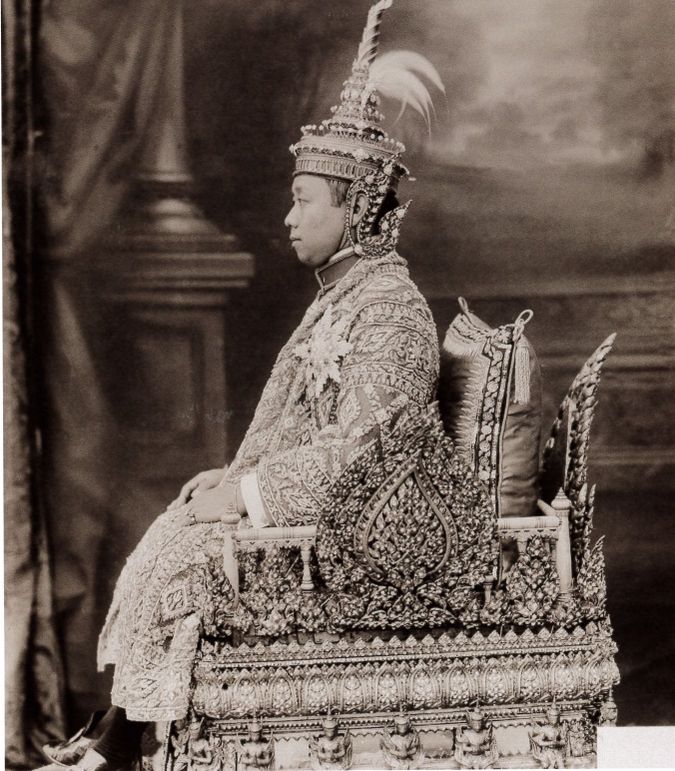 Coronation Throne: The public coronation of HM King Vajiravudh (Rama VI) was witnessed by Salvatore Besso, an Italian Jewish foreign correspondent, who traveled in 1911 to what was then known as Siam as part of a Far Eastern tour. By Wikimedia Commons

Besso’s father Marco was an insurance tycoon and connoisseur of the writings of Dante Alighieri and Erasmus of Rotterdam, while Besso’s uncle Michele was a lifelong friend of Albert Einstein and former colleague in the Swiss patent office, where he and Einstein coauthored some early research.

Besso himself was a lively, intellectually curious traveler, and after his untimely death in 1912, his letters home to his family were published in book form as “Siam and China” (1913) and translated into English the following year. This translation may have been intended to make the text legible for his Siamese royal friends, educated at universities in the United Kingdom, but not readers of Italian.

On the boat from Italy to the East, Besso was introduced to some members of the Siamese royal family, and the warm friendships he made there later guaranteed him access to exclusive receptions, which he recounted with enthusiasm.

Besso was also invited by a Siamese prince to view an historic film, now lost or forgotten in an archive, of the cremation of the previous king, HM Rama V (King Chulalongkorn) filmed earlier that year.

As the historian Jonathan Goldstein has observed, King Vajiravudh, whose coronation Besso attended as an honored guest amid much pomp and panoply, authored the 1914 article, “Jews of the Orient,” published simultaneously in Thai and English.

The article addressed concerns about the Thai Chinese population, likening them as an unassimilable population to European Jews in unflattering ways, yet these references hardly appeared to apply to the transient or quietly industrious resident Jewish populations in Siam, today amounting to about one thousand people in a nation of some seventy million.

Detailed historical overviews such as 2011’s locally researched and written study “Jews in Thailand” imply that the most sustained cultural exposure to Yiddishkeit for the Thai Kingdom is through the State of Israel.

No mere conduit for apologies after student bloopers involving Nazi imagery, Israel has been an international partner of Thailand since 1954, when official relations were established between the two countries.

The Thai-Israeli connections amount to more than just the impact of tens of thousands of Thais toiling, mostly on agricultural fields, in Israel, and during non-pandemic years, the estimated 200,000 Israeli tourists who visit Thailand annually.

In 1972, an example of working together under extreme pressure occurred during the Israeli Bangkok embassy hostage crisis. A squad of four Palestinian militants from the Black September organization raided the Israeli embassy in Bangkok and took six members of the embassy staff hostage. After 19 hours of negotiations, the hijackers agreed to abandon the embassy in exchange for being flown to Egypt.

Two Thai government officials and the Egyptian ambassador to Thailand negotiated the release of the hostages and the diplomatic approach led to a peaceful resolution. The terrorists claimed to have been unaware that at the time of the attack, the Israeli Ambassador and his wife, whom they also targeted as hostages were attending the investiture ceremonies of Crown Prince Vajiralongkorn, now King Rama X, by His Majesty King Bhumibol Adulyadej (Rama IX).

Black September did not endear itself to Thai sensibilities for disrespecting this august occasion, and in years to follow, Thailand and Israel would advance together cooperatively.

During the 1980s, Israel imported irrigation and agricultural methods used in Royal Projects in Northern Thailand.

In 2011, another Thai member of the Royal Family, Princess Chulabhorn, a Ph.D. recipient in science who lectures on chemistry, made one of many influential visits to Israel to promote scientific research. On that occasion, the Princess told Israeli President Shimon Peres, “In my heart I feel half Israeli. I think like an Israeli. I visited here for the first time in the 1970s, and since then I keep looking for opportunities to return.”

She informed Peres that she had added an Israeli name, Tzila, to her signature when signing the presidential guest book. The Princess’s 2011 visit was to discuss bilateral cooperation in science, including technological, brain, and cancer research.

So determined was Princess Chulabhorn to represent her country in these discussions that she was not deterred even though she was slightly injured in a traffic accident near the Jerusalem International Convention Center on the way to meet Peres. She refused to remain at Hadassah Ein Kerem hospital for further tests, overruling medical advice, and resolved instead to keep the appointment.

Perhaps it is unsurprising that in a monarchy, royal policy initiatives should be lastingly influential, transcending fleeting commercial visits or exchanges at more unassuming levels.

Yet the persistent work of intellectually accomplished Thai princesses, among others, has clearly helped heighten Thailand’s collaboration with Jews to build a more mutually productive and understanding future.

In Thailand, a rich and complicated Jewish history