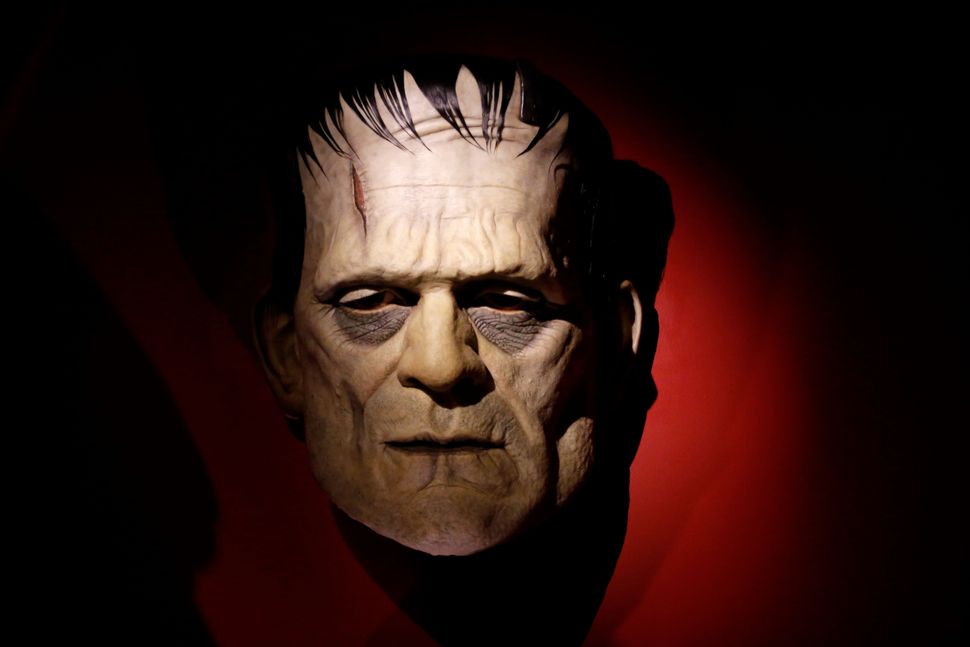 Author Mary Wollstonecraft Shelley was born on this day, Aug. 30, in 1797 in London. Shelley is best known as the author of the Gothic novel “Frankenstein; or, The Modern Prometheus” and as the wife of the Romantic poet Percy Bysshe Shelley. Mary Shelley was something of a radical in her time: a believer in free love, a proto-feminist, an atheist and a prolific female author when the prevailing notions of womanhood did not include writing novels and biographies. Among dozens of writings that challenged her father’s political theories and her husband’s notion of Romanticism, Shelley’s legacy includes the age-old question: Was the premise of her “Frankenstein” based on the Jewish folktale of the Golem?

There are definite similarities between Shelley’s story of a hubristic scientist, Victor Frankenstein, who created a humanoid creature with the aid of electricity, and that of the Golem, about whom there are many legends with a common thread: that of a human-like creature formed out of mud and a heavy dose of Jewish mysticism.

The Jewish tales of the Golem trace as far back as the Talmud, and perhaps even further, to the Book of Psalms. Cathy S. Gelbin, a professor at the University of Manchester, points out in her authoritative essay “Was Frankenstein’s Monster Jewish?” that the Hebrew term “galmi,” or “my Golem,” first appears in Psalm 139:16. Gelbin writes, “Its biblical meaning is often translated as ‘shapeless mass’ or ‘embryo,’ evoking the unfinished human being before God’s eyes. Early rabbinic literature understood the term ‘golem’ to refer to the biblical creation story of the first human being, Adam, before he received a soul. These early Jewish texts relate a number of stories about the creation of artificial humans or animals by various Jewish sages.”

“In Jewish circles,” Gelbin continues. “The term golem gained currency for such creations around the late twelfth century, when Jewish mystics — Kabbalists — in the German-speaking lands adopted the word golem to describe a silent man artificially created from clay and brought to life through an incantation of Hebrew letters and words.” 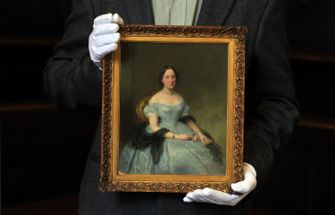 Portrait of the Gothic Novelist: Mary Shelley was the subject of a 2010 exhibit at the University of Oxford. By Getty Images

Mary Shelley’s “Frankenstein” originated in one of a series of informal storytelling evenings, when she and her husband, joined by other friends — including Romantic poet Lord Byron and John William Polidori, the creator of the modern vampire story — were vacationing in Geneva. Ghost stories were gaining popularity at the time, and in turn each participant was called upon to tell one to the gathering. During one of these evenings, Shelley first had the idea of a scientist who created an artificial being only to lose control of it and see it become an uncontrollable, destructive force. Shelley set out to write a short story based on the idea, but it grew in meaning and scope to become one of best-known novels in history, influenced by the Promethean legend and Milton’s “Paradise Lost,” and going on to spawn numerous adaptations over the next two centuries, beginning with a stage version in the 1820s and many iterations by 20th-century filmmakers.

But the question remains: Was Shelley aware of the Jewish tale of the Golem, and was her Frankenstein creature based on that tale? In contemporary parlance, was her “Frankenstein” an act of cultural appropriation?

Some see the name Frankenstein itself as a clue to a Jewish origin. In the late-18th century, Jacob Frank shook the Jewish world of Eastern Europe with his claims of being the messiah — specifically, the reincarnation of the 17th-century false messiah, Sabbatai Zevi. Frank developed a huge cult, many of whom eventually followed their spiritual guru into converting to Roman Catholicism, as the Sabbateans before them had converted to Islam. But Gelbin dismisses the notion of any connection between Frankenstein and Jacob Frank, making the point that Jews did not take last names until 1812, and, perhaps more to the point, that Frankenstein was the historic name of a castle in the Rhine area where Shelley took a trip in 1814.

Rather, Gelbin traces possible second- or third-hand connections between “Frankenstein” and the Golem. “In the monster’s restless wanderings across the globe to escape ostracism,” she writes, “Shelley seems to draw on the figure of the Wandering Jew, perhaps inspired by her husband’s poetic treatment of this figure (‘The Wandering Jew’s Soliloquy’) in the years before they met.” Also, given the novel’s subtitle, Goethe’s 1773 poem “Prometheus” was more likely to have provided inspiration for Shelley’s novel. Gelbin and other scholars have pointed out that the most popular Golem legend, that of Judah Loew ben Bezalel, the late-16th-century rabbi of Prague, only gained widespread purchase later in the 19th century when a novel by the German-Jewish writer Berthold Auerbach was published in 1837, decades after Shelley’s novel was published in 1818.

For those who still insist on believing that Shelley must have been familiar with the tale of the Golem and that it inspired her “Frankenstein,” there remains one highly suggestive piece of evidence. Jacob Grimm, he of the famous Brothers Grimm, published a brief version of the Jewish Golem story in a collection in 1808, one to which Shelley certainly had access. Grimm’s version included specific details of the Jewish legend: that the creature was animated by writing the Hebrew word “emet,” or “truth,” on the being’s forehead, and that the erasure of the first letter, alef, leaving the word “met,” or “death,” resulted in the creature’s collapse. In Grimm’s version, the Golem grew so big that when he was commanded to take off his master’s shoes — a ruse to allow for the erasure of the letter alef — he wound up collapsing in a heap, thereby killing his creator.

Alas, there is no documentary proof — no letters or journal entries by Shelley or her husband — that Shelley knew Grimm’s version of the Golem story. The truth died with Mary Wollstonecraft Shelley in 1851. Emet.