The French Tucker Carlson is Jewish, xenophobic — and maybe a presidential candidate 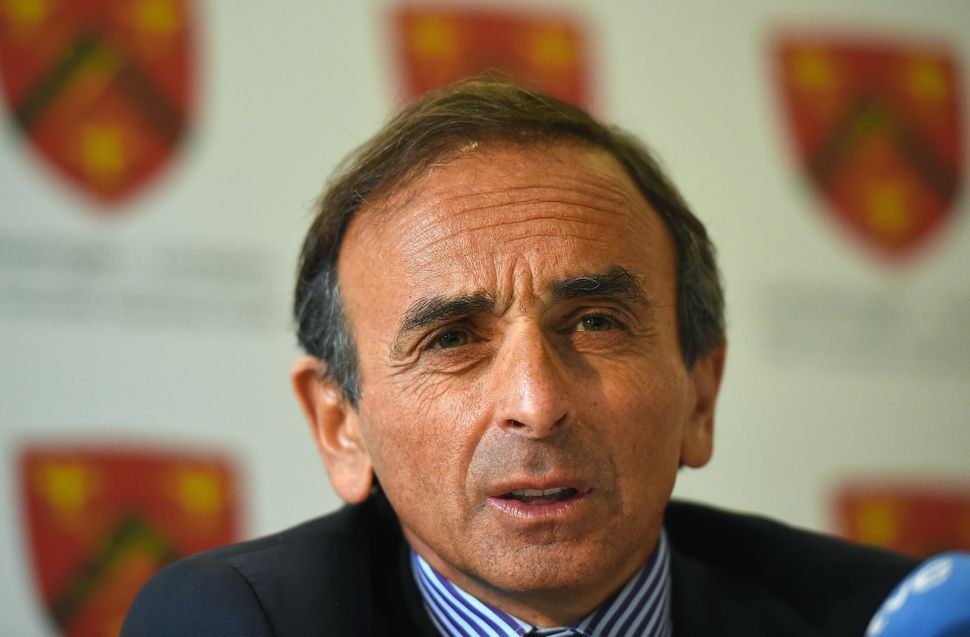 France has lurched into its annual exodus known as la rentrée. It is the moment when the French, after a long summer at the shore or in the mountains, return to their offices and schools. Accompanying this vast population shift is la rentrée politique, when the nation’s politicians return to partisan sniping and intraparty squabbles, and la rentrée littéraire, when publishers turn to the promotion of an avalanche of new books.

France being France, literature is often the continuation of politics by other means. That is the case this year, with the two rentrées merging in the person who has come to be known, at least on this side of the Atlantic, as the French Tucker Carlson: Éric Zemmour. In mid-September, Zemmour’s new book “La France n’a pas dit son dernier mot” (“France Has Not Had Its Final Word”) will come out. By then, and not unrelatedly, he may come out as a candidate for next year’s presidential election.

The book, not yet available, already tops Amazon France’s list of best-sellers. But the true measure of France’s appetite, so far apparently limitless, for z’more Zemmour, will arrive should he declare his presidential ambitions.

Born 63 years ago in a Paris suburb to Algerian Jewish parents, Zemmour is no more like Carlson than a baguette française is like a French baguette at my local supermarket. While the two media figures share some ingredients — notably, animosity to immigration, aversion to Muslims and abhorrence of “political correctness” — they have different pedigrees and appeal to different consumers.

The parallels between Zemmour and Carlson largely stem from the cable news station CNews. Two years ago, this struggling network reinvented itself as the French equivalent of Fox News. Shifting to the hard right of France’s political spectrum, CNews opted for confrontational debates and provocative commentaries. Within a year, the network nearly doubled its audience, becoming the most watched cable news channel in France. So watched, in fact, that ministers from President Emmanuel Macron’s government accept invitations to appear.

The station’s meteoric rise has been dramatically fueled by the addition of Zemmour. He was hired in 2019 after his ouster at the venerable news station RTL for a series of inflammatory remarks on race and religion made at a political conference organized by Marion Maréchal, the niece of Marine Le Pen and the rising star of the extreme right in France.

Comparing Islam to Nazism, Zemmour warned the conference’s rapt audience that the “Islamization of the streets by women wearing burqas, like the uniforms of an occupation army, remind the vanquished of their submission.”

The goals of immigration, integration and assimilation, Zemmour announced, have been replaced by “invasion, colonization and occupation.”

Following an attack in September 2020 by a small group of young Pakistani immigrants on the former offices of the satirical magazine Charlie Hebdo — the site of the horrendous terrorist attack five years earlier — Zemmour doubled down on his racist amalgams. All immigrant youths who arrive in France without families, he declared, are “thieves, assassins, rapists. They are nothing else and need to be sent back to where they came from.”

Predictably, Zemmour won another date in court which will lead to yet another fine; no less predictably, the publicity Zemmour also won will more than pay for the fine.

How much more publicity, though, does Zemmour really need? His forthcoming best-seller follows two earlier best-selling books — “Le suicide français” (“France’s Suicide”) and “Le destin français” (“France’s Destiny”). One might think that France, following its destined suicide, would not have a last word. Perhaps. But not so for Zemmour, who has always insisted on having the last word.

The problem, though, is that the words filling his books are as repetitive as they are rebarbative. When not decrying the “great replacement” by Muslim immigrants of “les français de souche” — the loaded term for those of “purely French heritage” — or denouncing France’s domination by “foreign” powers — ranging from Brussels to Berlin — Zemmour rhapsodizes over France’s achievements of Joan of Arc and Napoleon.

In one sublimely ridiculous passage, he describes the former as his “great-grandmother” and latter as his “grandfather.” For some reason, he then tacks on Goethe, whom he describes as a “great foreign writer.”

Zemmour’s animus toward Muslims is hardly unique among Algerian Jews, who were forced to leave their homes for France or Israel upon Algeria’s independence 60 years ago. Much more unusual for a French Jew, though, has been Zemmour’s defense of Vichy France and its leader, Philippe Pétain. In both of his books, he argues that Pétain was the “shield” that protected French Jews while Charles de Gaulle was the “sword” who liberated them.

This piece of historical nonsense was first introduced in the 1950s by the journalist Robert Aron. Twenty years later, the American historian Robert Paxton buried Aron’s thesis under an avalanche of German documents that revealed the complicity of Vichy and Pétain in the Final Solution.

Determined nevertheless to resurrect the rotting remains of Aron’s claim, Zemmour has made his case not only in his books and articles, but also in a 2016 debate at a Paris synagogue with Rabbi Gilles Bernheim. Wearing a kippah — the family keeps a kosher home and attends high holiday services — Zemmour not only defended Vichy’s policy of handing over all foreign Jews, including children, to the Germans, but he also excused Pétain’s dislike of Jews. Since antisemitism was so common at the time, he observed, Pétain should not be singled out. In fact, Zemmour justified the persistence of antisemitism by noting that the claims of “Jewish domination” in politics, finance and culture was “in part true.” If indeed all of that is “in part true,” acidly noted the journalist Claude Askolovitch, then Zemmour is only “in part a fascist.”

Zemmour, clearly, had his last original word years ago. But it is his last word on his potential candidacy that now obsesses political circles in France. Most concerned, naturally, are the traditional and extreme rightwing parties, who fear the Zemmour effect on their own bases. This is particularly true for Marine Le Pen, who fears that the same traditional conservatives she has been wooing will, as odd as it seems, find Zemmour a more palatable option. For the moment, the center and left are also dismissive of Zemmour’s chances, citing recent polling that places his level of support at 5 percent.

But as recent presidential elections on both sides of the Atlantic remind us, voters like to confound pollsters. In times as unsettled as our own, one wonders what someone who takes himself for the offspring of Joan of Arc and Napoleon might achieve. Or, for that matter, destroy.

The French Tucker Carlson is Jewish, xenophobic — and maybe a presidential candidate