Francine Prose would like to return to eavesdropping on strangers 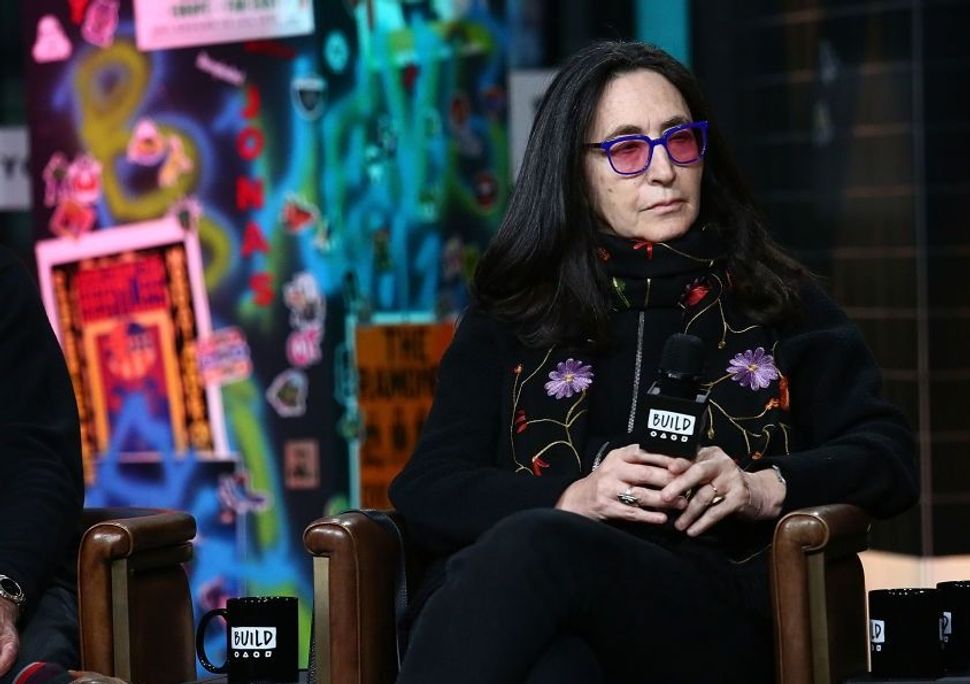 Francine Prose has written 22 novels. But a few minutes into our interview, we were talking about a very different accomplishment. Every morning, she does the New York Times Spelling Bee. And every morning (OK, almost every morning), she reaches the coveted “Genius” level.

“This is going to be my one big boast of our interview,” she said. “I’m such an obsessive that if I don’t get there, I’ll go back during some slack moment of the day and find some absolutely obvious word I’ve missed.”

I’m referring, to be clear, to a fictional and fantastically bad novel, “The Vixen,” that lies at the heart of Prose’s real and very good novel by the same name.

Set just after the Rosenberg trials, Prose’s latest transports us into the slightly neurotic, somewhat endearing and very lustful mind of Simon Putnam, a nice(-ish) Jewish boy from Coney Island facing the unwelcome discovery that his college degree in folklore and mythology doesn’t exactly make him a stellar job candidate. When Simon finally gets a job at the eminent (and, in Prose’s hands, eminently mockable) publishing house Landry, Landry and Bartlett, he’s tasked with editing “The Vixen,” a pulpy whodunit about the Rosenbergs that casts the couple as bloody-minded traitors bent on betraying their country.

The book is set to make a commercial splash, and in an industry that’s not exactly hospitable toward Jews, it could provide Simon with much-needed bona fides. There’s just one catch: Simon’s mother is a childhood friend of Ethel Rosenberg and he feels nothing but sympathy for the accused spies. In the midst of McCarthy-era fear and paranoia, Simon has to decide whether he’d rather have a clear conscience or a big leg up in the boozy, WASP-y, more-than-slightly boorish world of 1950s publishing.

For Prose, whose mother really did go to high school with Ethel Rosenberg, the pleasure of this novel lay in penning excerpts from the Red Scare fan fiction Simon is tasked with rehabilitating, excerpts that contain phrases like “estrous animal passion” and erroneous references to Greek deities.

“There was originally much more of that novel, and eventually my editors said, ‘A little of that goes a long way,” Prose told me.

I reached Prose at her home in the Catskills to talk about morning routines, researching the Rosenbergs, and how the pandemic has reshaped her writing life. The following conversation has been edited for length and clarity. 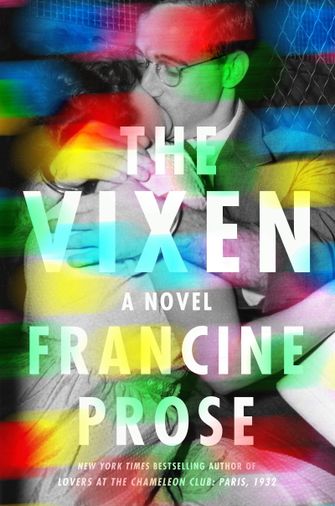 Prose’s new novel, “The Vixen,” is a literary potboiler set during the McCarthy era. Image by Courtesy of Harper Collins

I wake up very early, and with my first cup of coffee I do the Spelling Bee. It’s my version of meditation, I suppose. And I’m very hard on myself about not finishing until I reach a pretty high level. This time of year, I’m usually in my garden for an hour before I get to work. But once it gets cold, I’m straight to my desk.

What’s in her workspace:

I love my study so much. It has very high ceilings and windows on three sides, and right outside one is an apple tree that’s enormous and insanely beautiful in every season. And then I can see the barn that is my husband’s studio. And then I have dollhouses I found on eBay, the dollhouses of my childhood, full of furniture which my grandchildren play with when they come over. And one whole wall of books. At first, I wanted to keep the bookshelves empty, because books are so noisy. There’s something about the spines of books that just call out to you and make you pick them up. That lasted a couple months, maybe, and now it’s not just full, there are books stacked on top of each other.

How the pandemic reshaped her writing life:

I was finishing “The Vixen” at the very beginning and that was thrilling. The thing about writing fiction is that it takes you out of our life, and I rarely had so wanted to be taken out and brought somewhere else. But it wasn’t great for writing fiction. It made me realize how dependent I am on casual eavesdropping on the outside world. It used to be that I would see something on the subway and years later it would surface as something I wanted to put in a novel. There’s a lot less of that.

What it’s like to be a writer who gets “easily bored by books:”

I always pretend I’m the person with the shortest attention span of anyone I know. So if I lose interest, I assume everyone else is going to lose interest. When I was younger, I had that compulsion to finish a book I started reading, but I really don’t have that any more. Something has to hold my interest. I think when people hear that, they might think it’s about plot, but of course it can be character or language. I find Beckett’s novels gripping. Very little happens, but I might as well be reading a detective procedural — I can’t put them down.

Why she wrote about the Rosenbergs:

Well, my mother knew Ethel in high school, so the case was always in my consciousness. But I could never figure out a way of writing about it that didn’t seem exploitative. It was only when I realized I could write about the exploitation that I was able to do it.

The childhood details that made it into the book:

Well, he was a folklore and mythology major, and I majored in medieval English literature — two equally compelling but not entirely practical fields. I grew up in what’s now called Ditmas Park, and we spent a lot of our childhood in Coney Island. As soon as we were old enough to lie to our parents we would take our bikes there. The so-called “Dark Ride” was one of the traumatic events of my childhood. I asked to go on it and was taken on without knowing exactly what it was.

I have shelves of books about Coney Island, about McCarthy, about the Rosenbergs, about the Cold War. But the publishing house in the novel is loosely based on Athenaeum, which was my first publisher. I started publishing in the ‘70s, but it was really still the ‘50s: The three martini lunches, the old white guy culture, all that was very much active. When I was first introduced to the head of Athenaeum, he said to me, “You didn’t write this whole book all by yourself, did you?” My actual editor was a lovely human being, and he published women as well as men. But there was a lot of casual misogyny.

The reviews she reads:

Just because I can’t stop myself, every so often I’ll read reviews from dissatisfied Amazon customers. One thing that’s been really striking to me is why people don’t like the novel: They have no patience with Simon, his uncertainties and insecurities. It made me think that people don’t remember, or are choosing not to remember, what it was like to be young and starting out with no clue what your adult life is supposed to be like. The word that keeps cropping up, and it kind of makes me laugh, is “whiny.” He’s just a guy in his twenties trying to figure out what to do!

I don’t read them on a daily basis, but it’s interesting to me, because I’m surrounded by people who are very much like me. It’s a way of trying to understand how people who don’t agree with me think, which is useful.

Francine Prose would like to return to eavesdropping on strangers