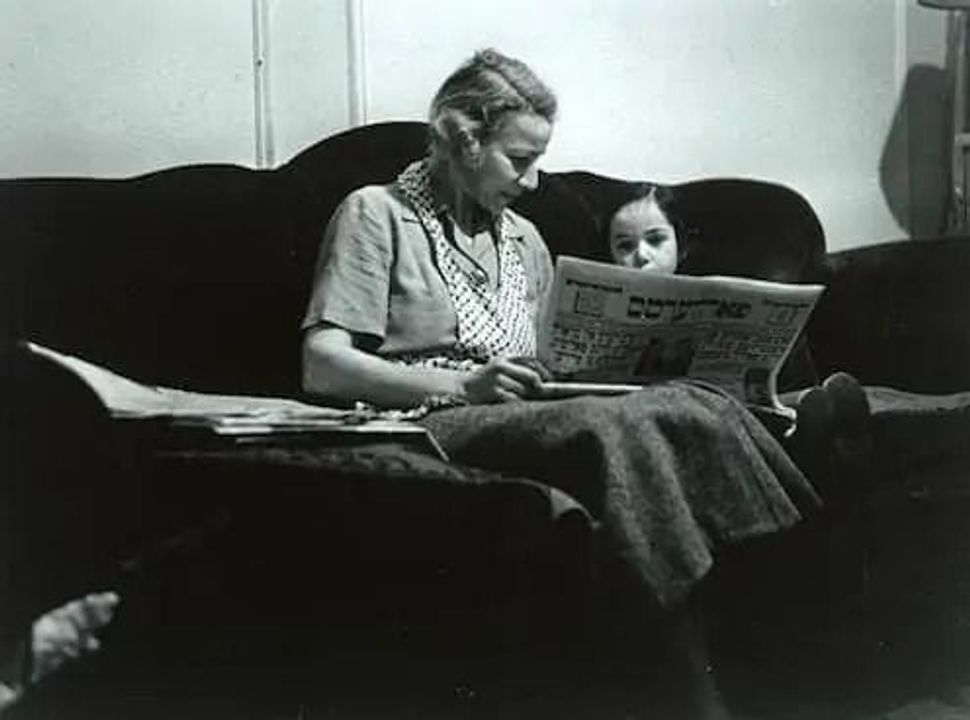 This event is in partnership with the Museum at Eldridge Street. It will take place on Thursday, September 30 at 6 p.m. ET / 3 p.m. PT.

Join the filmmakers and Editor-in-Chief of the Forward in a conversation about this historic documentary.

From its founding in New York in 1897, the Forward served as a mentor and secular rabbi to hundreds of thousands of Jewish immigrants. Not only was the Yiddish language newspaper a socialist advocate for sweatshop workers, it was a literary beacon featuring giants like I.B. Singer as well as translations of world literature. It pioneered special features such as the famous and much loved “A Bintel Brief” (the first “Dear Abby”), and its “Gallery of Missing Husbands.” The Forward: From Immigrants to Americans (1988, 58 Minutes) is a funny, affectionate, and soulful film which traces the origins of rich secular Jewish tradition handed down throughout the generations.

Enjoy the film with us and join a virtual conversation about the pioneering historic documentary between the filmmakers Marlene Booth, Linda Matchan, and the Forward’s current Editor-in-Chief, former reporter and editor of The New York Times, Jodi Rudoren.

This program is held in conjunction with the exhibition Pressed: Images from the Jewish Daily Forward on view at the Museum at Eldridge Street through Sunday, October 3, 2021.

The film will be available for you to stream at your own pace a week before the date of the program. This conversation will take place over Zoom.