The Center of Everything: Mister Kelly’s brought entertainment to a new socially-conscious audience from the 1950s to the 1970s. By Live at Mister Kelly's

From the early 1950s to the mid-1970s, Mr. Kelly’s — a nightclub on Rush Street in Chicago — was a new kind of entertainment venue. Intimate (just 200 seats) and relatively inexpensive, it merged a range of programs, including jazz and stand-up comedy, on the same program. Mr. Kelly’s helped to launch the careers of Barbara Streisand, Richard Pryor, Bob Newhart, Bette Midler and Steve Martin, each of whom was a ground-breaker — hip, daring, provocative. The club, which shattered color and gender barriers and attracted a new, socially-conscious audience, is now the subject of the new documentary, “Live at Mr. Kelly’s,” written and directed by Theodore Bogosian.

To what degree the club’s visionary owners George and Oscar Marienthal spearheaded an artistic-sociological sea change or reflected an evolving zeitgeist is a hard call. Arguably they informed each other.

What some of these artists brought to the table was a new focus on current events. Sahl strolled onto the stage with his signature newspaper to coolly offer biting political commentary. Ratcheting it up a few decibels, the aggressive and abrasive Lenny Bruce tore down the beloved pillars of society as nothing more than bare-faced hypocrites. Dick Gregory talked openly about race relations, while Richard Pryor peppered his searing social critique with expletives. 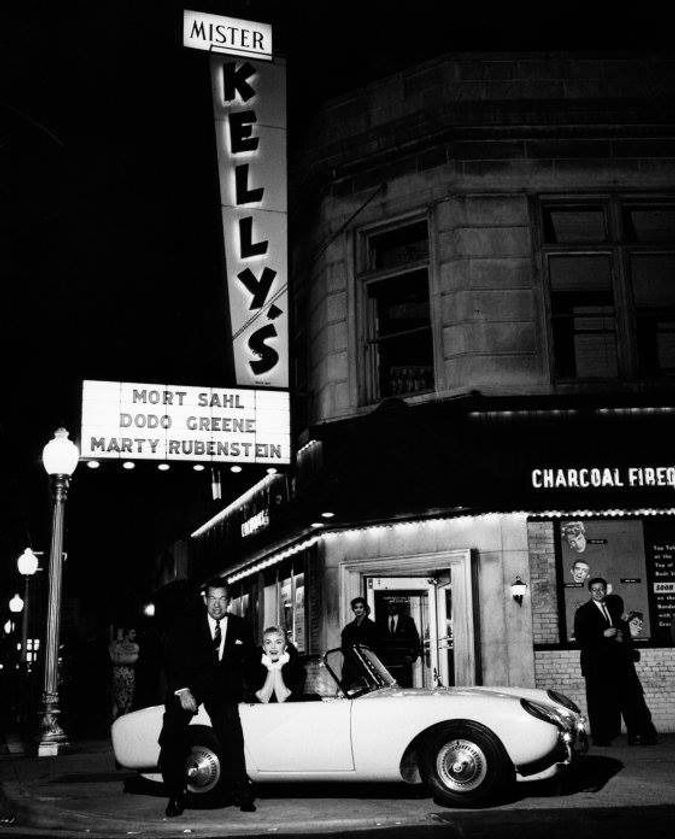 Women made their mark at the club too — from the wisecracking Joan Rivers to the high camp antics of a bra-less Bette Midler to the more sedate, but always biting Lily Tomlin. The latter allegedly was recruited by the National Organization for Women (NOW) to boycott Mister Kelly’s because of a dated law that prohibited women from sitting alone at bars, the assumption being that any woman alone at a bar was a hooker. It was never entirely clear if the club stopped enforcing the law thanks to Tomlin or her threat or the changing times. In retrospect and on many fronts the club was way ahead of the curve in its feminism. In later years, a woman ran the whole operation.

The role of Mr. Kelly’s in promoting the heavy hitters in jazz to mainstream audiences cannot be overstated. Billie Holiday, Oscar Peterson, Ella Fitzgerald and Sarah Vaughan played here. Over 30 live albums featuring these performers and others (comics too) were recorded at the club in front of live audiences. That was a first. Mr. Kelly’s was also cutting edge in its use of state of the art acoustical technology for its day.

The film subtly brings Chicago to life too, gently reminding viewers that, even in the 1950s and 60s, the city — with Nichols & May and Second City and Hugh Hefner’s Playboy Club — was a major cultural player with its own special ethos, informed perhaps in part by the shadowy presence of the Mafia.

Regrettably, we really don’t learn very much about Oscar and George Marienthal, short of the fact that they were Hyde Park natives and that Oscar had the eye for talent and George was the businessman. It would have been useful to know something about their background, and how they came to be who they were, launching not one, but three cutting edge night spots. 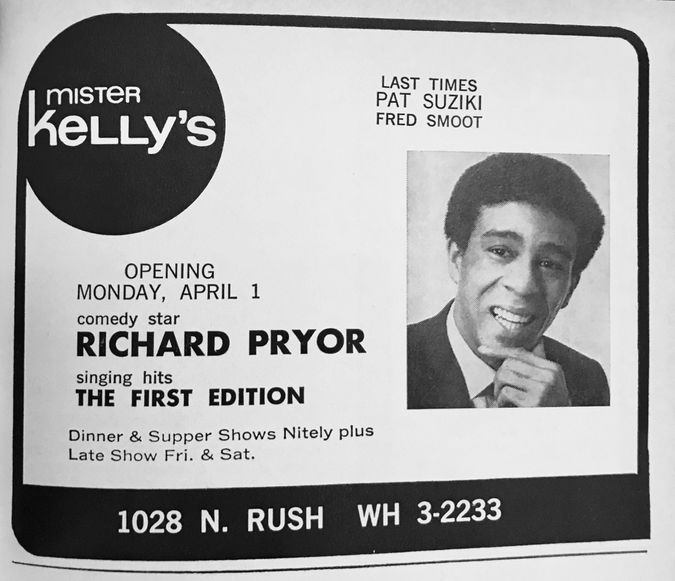 In 1946, they opened London House, a jazz supper club, which ran until 1975, and in the late 60s the Happy Medium, a cabaret-performance space, which stayed open until the late 70s. But Mr. Kelly’s was the siblings’ most important contribution and lasting legacy. It survived two big fires, one in 1957, the other in 1966 and the death of Oscar at the age of 50 in 1963 and George in 1972. The clubs were sold in 1969, though George continued working for the new owners until his death. Ultimately, inevitably, they were all shuttered. The old economic model could no longer be sustained. Tastes in entertainment had changed irrevocably, thanks in large measure to the rise of late night television and perhaps to a lesser degree the national proliferation of comedy clubs and discos.

The good news is that the history of the club lives on around the corner from its old Rush Street location at The Newberry Library, which recently acquired Mr. Kelly’s archives: posters, photographs, original recordings and other miscellany. The Newberry plans to have the collection available to researchers by late spring, with a public exhibit slated for the spring of 2024.

But it’s the film, despite its narrative gaps, that most pointedly summons the ghosts.