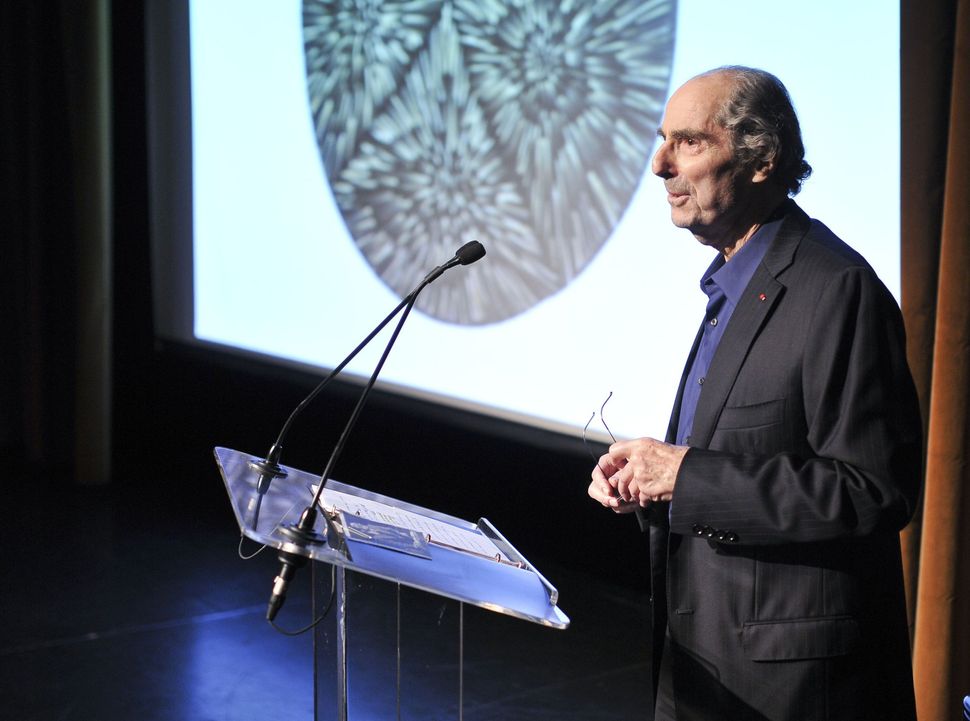 The Philip Roth We Don’t Know: Sex, Race, and Autobiography

According to an old joke, the Lone Ranger and his trusty sidekick Tonto find themselves surrounded. “We are going to die,” the Lone Ranger says, to which Tonto replies: “What do you mean ‘we?’”

Though the title of Jacques Berlinerblau’s short new book promises revelations about “the Philip Roth we don’t know,” a reader is tempted to ask: “What do you mean ‘we?’” Since Berlinerblau announces early on that he has read everything – even unpublished juvenilia – that Roth ever wrote and since he is presuming to tell us something new, it is not about the Philip Roth he doesn’t know. And since two biographies – one a comprehensive, authorized account by Blake Bailey, the other a more focused, polemical study by Ira Nadel – appeared just a few months ago, interested readers already know the significant facts of a dazzlingly creative life that ended, at 85, in 2018. What don’t we know?

In fact, Berlinerblau does not offer new information about Roth but rather a (somewhat) new way of reading his fiction. He calls his study a “reverse biography” and insists that this concoction “is appropriate for this moment, for this writer, and for his unique metafictional and autofictional output.” Instead of using the life to shed light on the art, the reverse biography examines Roth’s art for questions it raises about the author’s life. Berlinerblau does not answer those questions but merely offers them as starting points for future biographers.

An editor of “Philip Roth Studies” and part of the cadre of committed Roth specialists, whom he distinguishes from scholars with only an occasional interest in his subject, Berlinerblau is also a professor at Georgetown University, where he finds it a challenge to teach Roth. In the age of #MeToo and Black Lives Matter, students recoil from a Dead White Male purported to be a sexist, even a pervert. This book is an attempt to complicate and rehabilitate Roth’s image for younger generations.

Berlinerblau documents the undeniable fact that Roth’s fictions are populated – though not exclusively – by sexual predators and erotomaniacs. He charts the age gap – as much as 50 years in “Sabbath’s Theater” – between Roth’s male and female lovers. Many feminists have condemned Roth and his fictions as irredeemably misogynistic, but others have insisted on reading the novels as descriptive rather than prescriptive; Roth is showing but not condoning how monstrous men can be. He endows his female characters (Drenka Balich, Amy Bellette, Faunia Farley, Merry Levov, Marcia Steinberg) with remarkable agency and variety. Moreover, differentiating Roth himself from his lascivious characters, Berlinerblau observes that “there has yet to be an allegation of sexual misconduct against him.”

It should be noted that Bailey’s biography of Roth – whose publisher withdrew it because of allegations of sexual misconduct by the biographer – recounts occasions in which Roth used his position at various universities to seduce underage students, an activity which would result in immediate dismissal today. But Berlinerblau rejects the claim that Roth’s fiction is misogynistic.

However, despite the sympathetic figure of Coleman Silk, the African American dean who passes for White in “The Human Stain,” he does find “a disturbing racist undertow in his prose.” He notes Rothian demographics, generally devoid of Black characters. But it is also hard to find Latinx, Asians, and LGBTQ individuals in Roth – or Jane Austen or Nathaniel Hawthorne. He quotes a few blatantly racist statements, but they are put into the mouths of bigots or else seem innocent. A drug dealer in “Zuckerman Unbound” snarling, “Who you supposed to be?” is presented as evidence of Roth’s tin ear for Black English.

Berlinerblau is not interested in Roth’s treatment of class, but what he has to say about the theme of change is trenchant and trustworthy. For Roth, everything is in flux, making the self plural and unruly. Truth becomes either elusive or multiple. If there is genuine self-knowledge, the best way to arrive at it is through generating fictions. Critical of Roth’s tendency to slight non-literary arts, Berlinerblau meticulously combed through his oeuvre to find “1700 references to 246 novelists, short story writers, and poets!”

The culture of celebrity and social media have, he claims, produced “an epoch where the artist can no longer be separated from the art.” But is that more true now than it was in the age of Beethoven and Byron? “The Philip Roth We Don’t Know” is not so much reverse biography as a forward-looking argument. It affirms the enduring value of an astonishingly inventive author even Gen Z can know and admire.