It begins with the quick snap of a snare drum — a kind of shot heard round the world — followed immediately by the thump of a kick drum before the seven-piece rock band explodes with the theme that would propel the hit single “Like a Rolling Stone” toward the top of the pop charts and into the cultural stratosphere, where, after changing the notion of what a pop song could be and influencing a thousand artists to follow, the rock poet Bob Dylan would ultimately garner a Nobel Prize for literature. 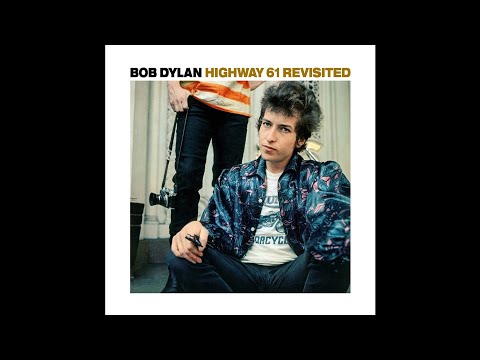 Since 2004, “Like a Rolling Stone” held the top position in Rolling Stone magazine’s list of the Top 500 Greatest Songs of all time, until a few weeks ago, when the magazine updated its list and the Dylan song fell to No. 4, superseded by Aretha Franklin’s “Respect” at the top and behind Public Enemy’s “Fight the Power” and Sam Cooke’s “A Change Is Gonna Come.” Those are all worthy and meritorious songs, and I have no desire to argue against any of them; besides, it is just a list from a commercial magazine and nothing more.

But “Like a Rolling Stone” was transformational, a musical and cultural phenomenon that changed everything, even inspiring the name of that magazine. Going back and listening again (and again and again) to “Like a Rolling Stone” proves to be a religious experience. The record’s power — and it is as powerful today as it was upon its release in July 1965 — is unassailable. It reminds one of how at its best rock music can equally pack an emotional and intellectual impact; indeed, five-and-a-half decades after its initial release and after hearing it hundreds if not thousands of times, live and on record, it still reduces me to tears. (Then again, I am a sentimental fool.)

“Like a Rolling Stone” was something of an accidental masterpiece. It began life as a solo piano waltz — you can see Dylan tooling around at a piano working out the chord changes that would become the song in the 1967 documentary film “Dont Look Back”[sic] — and through numerous iterations adding more instrumentation it kept its ¾ time signature. At some point during the several recording sessions it took to come up with the final version, it made the switch to the more standard rock ‘n’ roll time signature of 4/4 played by a full rock ‘n’ roll ensemble.

It was accidental in that there was no clear strategy or plan for the arrangement; by all accounts (and one can hear this play out in the 20-something studio outtakes included in the Dylan box set, “The Bootleg Series Vol. 12: The Cutting Edge 1965–1966”) it evolved organically in the recording studio, with musicians even swapping instruments until it sounded just right. Dylan himself remained on piano through many versions before switching to electric rhythm guitar (after which Paul Griffin got moved from organ to piano).

The distinctive organ sound that hovers in and around the entire song was the result of a last-minute stealth approach by Al Kooper, a guitarist too intimidated by the presence in the room of Michael Bloomfield — one of the greatest blues-rock guitarists of all time — to pick up his ax. Determined to be part of the proceedings anyway, he got behind the organ, uninvited by Dylan or the nominal session producer, Tom Wilson — who almost busted Kooper when he saw him seated at the Hammond through the control-room window. But Dylan and Wilson let it go, and guitarist Kooper wound up playing some of the most memorable organ chords in rock history. (Kooper and Bloomfield would go on to work together on various projects in subsequent years. Since this article is appearing in the Forward, it is worth noting that in addition to Dylan, Bloomfield and Kooper were the other Jewish musicians in the room.)

While seven instrumentalists playing live cannot produce a Spectorian “wall of sound,” there is something Spectorian about the end result. (Dylan had spoken with Phil Spector around the time about possibly working with him as producer.) Maybe it was a different kind of “wall of sound,” a thick, electric blast of power rock before there even was such a thing. Dylan of course led the charge with his over-the-top, sneering vocals, fueled seemingly by spite and rage, although against what or whom is a discussion that could go on much longer than the record’s six-and-a-half minute running time. The length of the track alone was precedent-shattering; until “Like a Rolling Stone,” pop singles abided by an unspoken rule limiting them to about three minutes tops (determined in part by how much music could be contained on one side of a 45-rpm single). But even at twice the length of the norm, the song’s atomic-like blast makes it go by in a flash.

I dwell on the music first because all too often writing about Dylan means writing about his lyrics at the expense of the sound. But the sound of the record is integral to the words; to consider one without the other, or one over the other, is to miss by a mile what Dylan accomplished with “Like a Rolling Stone.” The song dragged rock ‘n’ roll kicking and screaming into another realm, beyond innocent (or not-so-innocent) tales of teenage love and lust into a world of, well, literature, as the academy said. Literature, and all that the word indicates in regard to voice and vision and attitude and scope.

“You’ve gone to the finest school all right Miss Lonely, but you know you only used to get juiced in it,” he sang, as if making that very argument. Was Dylan influenced by Woody Guthrie and Chuck Berry and Little Richard and Allen Ginsberg and “La Bamba” and “Twist and Shout,” among others? Of course he was. But it took Bob Dylan to inspire the Beatles to make the leap from “Drive My Car” to “She Said She Said.” Dylan practically anticipates this when he sings, “You used to be so amused at Napoleon in rags and the language that he used / Go to him now, he calls you, you can’t refuse.” And refuse him no one did.

Well, maybe some did. The committed folk purists at the Newport Folk Festival who booed his electric band, the iconic heckler at Manchester Free Trade Hall who cried out “Judas!” (only to have Dylan turn to his band and order them to “Play fucking loud”), and those who complained that Bob Dylan cannot sing. But time has left them all behind. Dylan predicted all this when he sang, “You said you’d never compromise with the mystery tramp but now you realize / He’s not selling any alibis.”

“Like a Rolling Stone” was the right song with the right sound at the right time and in the right place. It was the sonic embodiment of the cultural revolution of the 1960s. It became the anthem of alienation, a dagger in the heart of the American dream. Those who did not take Dylan seriously when just a little over a year earlier he warned, “Your sons and your daughters are beyond your command / Your old road is rapidly agin’,” in “The Times They Are a-Changin’,” could no longer bury their heads in the sand.

Bruce Springsteen, who was originally touted as a “new Dylan” when he was signed to Columbia Records, Dylan’s label, by the same label honcho, John Hammond, who signed Dylan, said this about “Like a Rolling Stone”:

“Dylan freed your mind and showed us that because the music was physical did not mean it was anti-intellect. He had the vision and talent to make a pop song so that it contained the whole world. He invented a new way a pop singer could sound, broke through the limitations of what a recording could achieve, and he changed the face of rock ‘n’ roll for ever and ever.”

As noted previously, critics have spent thousands of hours writing thousands of words speculating about who is the “you” to whom the second person narrative is directed. Candidates range from Andy Warhol to Marianne Faithfull to Edie Sedgwick to Joan Baez. Nothing, however, could be more limiting and off the mark, a terrible misreading of the open-ended, all-inclusive diatribe that is “Like a Rolling Stone,” in which Dylan asks rhetorically, “How does it feel to be on your own, with no direction home, like a complete unknown, like a rolling stone?” Implicit in the lyric itself is evidence that the “you” is Dylan himself, the son of Beatrice “Beatty” Stone.

And implicit in the lyric itself is a form of rhetoric that was part of Robert Allen Zimmerman’s birthright: The song’s central narrative device is a question, a narrative strategy that is used throughout Jewish scripture and commentary and gets baked into the very grammar and vocabulary of the Yiddish language. “How does it feel?” indeed. It feels terrific when I’m listening to “Like a Rolling Stone.”