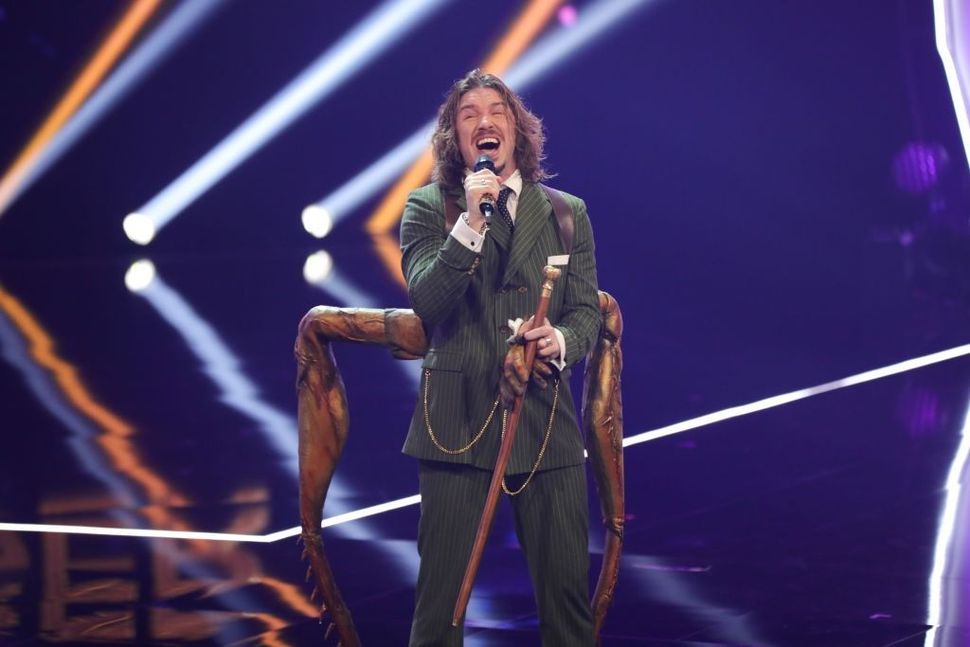 Gil Ofarim performs in “The Masked Singer” finals in 2019. Image by Getty Images

Gil Ofarim has been a professional musician since 1997, when his song “Round ‘n’ Round (It Goes)” made the Top 40 charts in his native Germany. While his teen heartthrob days may have waned, he’s still well-known, particularly in Germany.

Yet despite his fame, a concierge told the 39-year-old rocker Tuesday that he could not check into his hotel until he had tucked his Star of David necklace into his shirt or otherwise hidden it. Hours after the incident, more than 600 protestors gathered outside the hotel, accusing its staff of antisemitism. The next day, the American Jewish Committee posted a petition calling for an apology from the Marriott corporation, the hotel’s parent company, and asked it to teach its staff about antisemitism.

Ofarim is the son of famed Israeli rocker Adi Ofarim, who performed across Europe with his then-wife Esther as Adi and Esther Ofarim. He’s from something of a royal lineage in music, and speaks English, Hebrew and German, though he usually only performs in English and German. He recently placed as the runner-up on “The Masked Singer” in Germany and also performed in the “Let’s Dance!” dance competition reality TV show.

The singer posted a video on Instagram on Tuesday detailing his experience, filmed while sitting on the curb outside the hotel, which can be seen in the background; he appears near tears. His large Star of David pendant is hanging in front of his shirt, easily visible.

Ofarim said he had arrived to check in at the Westin hotel in Leipzig, Germany, where there was a long line. People standing behind Ofarim were taken to the front of the line, but no one helped him. When he finally made it to the reception desk, he said he asked the manager why everyone else was helped before him.

According to Ofarim, the manager responded by asking the singer to put his Star of David pendant out of sight. Ofarim was surprised, and, in response to his shock, the manager repeated the request. “If I put away the star, then I can check in?” Ofarim asked.

In his video, Ofarim expressed disbelief that antisemitism was still an issue in Germany in 2021. “Didn’t we learn anything from the past? I’m speechless,” he wrote on Instagram; he said he wears the star pendant proudly all the time.

Ofarim could not be immediately reached for comment, but the incident is causing a stir in Germany. The head of the Central Council of Jews in Germany, a leading Jewish group in the country, tweeted about the incident, saying “the antisemitic hostility against Gil Ofarim is appalling.”

The Westin Leipzig told the Associated Press that the employee in question has been put on leave and said that they were “concerned and alarmed by the intolerable accusations by Mr. Ofarim.”

It’s unclear in the video if Ofarim successfully checked into the hotel after the incident.