‘It was not hunger. Fear was all I tasted.’ 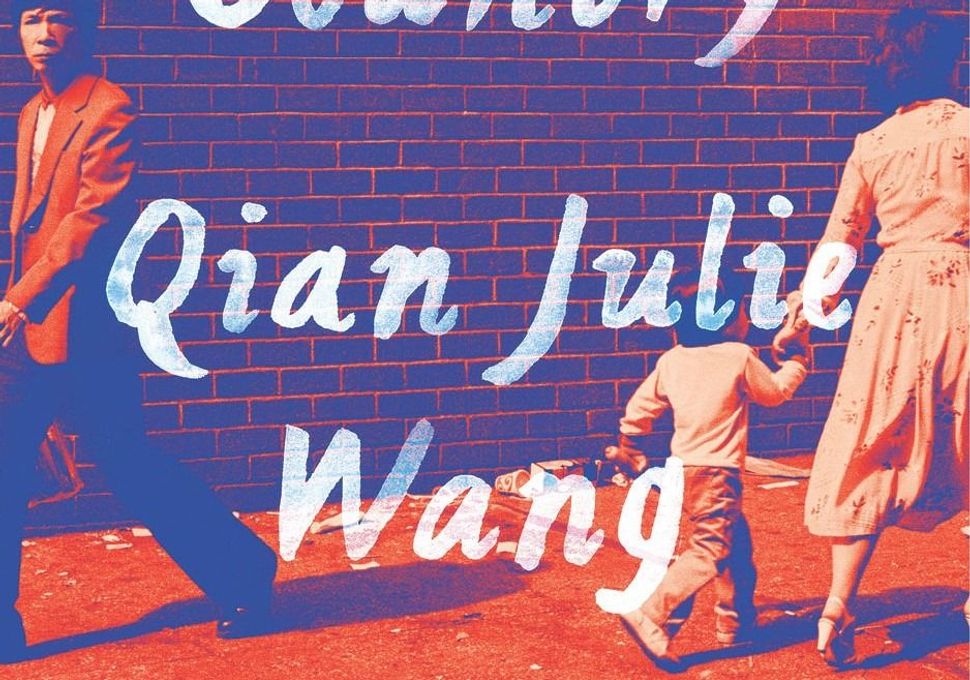 Qian Julie Wang’s memoir, “Beautiful Country,” tells of her childhood as an undocumented Chinese immigrant in New York. Now a lawyer and the founder of the Jews of Color group at Central Synagogue, Wang says she encounters immigrant children today who remind her of her upbringing tempered by persistent hunger and the fear of being deported. Here is an excerpt, written from her point of view as a child.

America was a living lesson in hunger. Our kitchen contained more cockroaches than food. I learned quickly and out of necessity that I could get away with tiny, nimble thefts from our roommates’ shelves, but because they were small enough to go unnoticed, they fed me only in spirit.

One night, on our walk home from the sweatshop after a full day of school and even a fuller day of snipping threads, I turned to Ma Ma and told her I no longer needed breakfast.

Actually, because we lived a long commute away and I never got enough sleep after our sweatshop evenings, I hadn’t mentioned it earlier because I never got to school early enough to eat the mythical free breakfasts I had only heard about.

In the long hours tickling toward noon, I spent my time in the classroom going through my memory’s catalog of delicious meals I’d had in Zhong Guo: roasted duck covered with oily, crispy skin; stir-fried tofu with onions and peppers; stewed beef dripping with soy sauce. Over the course of the morning, my hunger fed on itself and cast shadows over everything. The chalk on the board was powdered sugar, my number two pencils were breadsticks, and my teacher’s coiled hair was a taro bun.

As bad as normal days were, half days were worse. Most often, I forgot they were happening and instead spent the morning luxuriating in the happy delusion that soon I would have lunch. The realization always came in a jolt. My shoes filled with lead as my classmates skipped to the lobby. I cheered and celebrated along with everyone else, if only to mask the rumbles from my stomach. It seemed like everyone else always had fun plans and big lunches for those abbreviated days, though I’m sure some were, like me, quietly dreading the early end of the school day. But for the most part, my classmates talked so much of their great plans that I was often relieved by the time I got to the door. From there, they went bounding down the street toward their embracing homes and piping-hot meals, leaving me alone to walk toward the Confucius statue on the corner of Division and Bowery.

Confucius was more noble on some days than others. Some days, Confucius had large clumps of pigeon poop on his shoulders, and sometimes he even had a pigeon standing proudly atop his head.

The statue threw my life into relief. It was a shitty day even for Confucius. Who was I to complain?

Bread crumbs often lay scattered before the Confucius statue, a feast for the birds of Chinatown. The sight of the bread crumbs, browned with dirt, was especially painful on half days, when drool pooled in my mouth and my stomach gnawed on itself with particular ferocity.

On half days, I tried to walk past the statue with rare focus, determined to avoid the crumbs. On most of those afternoons, I was torn between the free rice that awaited me in that dank, dark sweatshop room and the hungry freedom that abounded outside. I usually lasted only an hour before succumbing to the pull of the cavernous food.

I had a typical route that I took before reporting to the sweatshop. I turned onto Catherine Street and then East Broadway, making my way past the shops. I loved browsing in my favorite store, one that sold stationery, touching a Hello Kitty pen here and a Keroppi sticker there, dreaming of the day when I might get to take one home. But my stomach was easier to ignore when my arms and legs were also complaining, so I continued down East Broadway, hoping to chance upon free samples or newly abandoned food.

Chinatown bakeries rarely helped because they did not have the bowls of free bread that I had been lucky to find a few times in white stores. Instead, Chinatown bakeries just taunted my senses, causing me to drool more. The fish smells from the markets were a handy antidote to this, and I was grateful for the nauseating scents by the time I got to the Manhattan Bridge overpass. I was luckiest when I came upon a restaurant just as a busboy dumped pails of brown-gray water off the edge of the sidewalk. Staring at that muddy river helped stave off the angry hunger roiling my stomach.

Sometimes, though, it backfired: sometimes the sludge and water reminded me only of black sesame and chocolate milk. Sometimes even the fish smell—which the white tourists unfailingly wrinkled their large noses at—lulled me back to a warmer, safer place in Zhong Guo, where it was once possible to eat too much and be too full.

I typically pushed on until Pike Street, which found me standing in front of Hong Kong Supermarket. On lucky days, there were free samples, and savored each chew of those morsels. But on occasion the samples only made the hunger angrier, and it was all I could do to run to the open mouth of the sweatshop’s rice cooker, succumbing to the cold sweat oozing out of my pores.

On one specific half day, there had been no samples at Hong Kong Supermarket, and I had pushed onward along East Broadway. I soon came upon Seward Park, by the F station. There, a mirage greeted me: a truck of people handing containers to a line of old and not-so-old Chinese people. My nose knew the containers’ contents long before my eyes did. The scent of fried rice was so vivid that I had to pinch myself with shaky fingers.

I joined the queue without thought. Only while waiting, while the tremors in my arms and legs came on full display, did I start thinking. As the processional moved, from the twenty-some people before me to fifteen, then ten, I began squinting my eyes toward the window of the truck, attempting to make out who was handing out the food.

They were uniformed, I saw. Were they asking for IDs?

I didn’t think so, but I couldn’t tell for sure. Should I risk it? What would I give them if they did ask?

Still, I stayed in line, my body fighting my brain in a living dead lock. Then there were seven people in front of me and I still couldn’t be sure that I wouldn’t be caught.

Always walk the other way when you see the police, Qian Qian. Ba Ba’s voice guided me wherever I went. If anyone asks you for documents, say you don’t know, say that your ba ba has them. Say that you were born here, that you’ve always lived in America. This was not China, and I could no longer get by on the color of my skin and my gap-toothed smile. I was no longer normal: I was never to forget that.

My entire body joined my hands in their shaking, but it had nothing to do with hunger.

How would Ma Ma and Ba Ba find me if I got caught? No, I couldn’t get caught.

I was so close that I could see the uniformed people’s white hats, their shirts and skin in matching color. They were smiling big, wide, open smiles. They were holding only containers. I looked into one of the women’s eyes and she looked back with a smile that hugged me from head to toe.

At this point I was dizzy from arguing with myself, spent from
fighting every urge.

I didn’t know at what point the stalemate broke. I didn’t even register it. But it happened. My body gave in and, as it has all my life, my mind triumphed. Before my legs could protest, I broke into a full-on sprint, speeding down the street toward the safety of the sweatshop.

It was pleasant for a while. I stopped being hungry. I no longer smelled food. I couldn’t hear my stomach rumble. My mind and body knew nothing but to run. By the time I realized what had happened, I was many blocks down the wrong direction, by Grand Street, but I didn’t stop. Tears clouded my already-eroded vision, but I didn’t dare stop. I kept going until salt was all I tasted. I kept going until the only shaking I felt came from my aching feet as they pounded against the concrete to the rhythm of my palpitating heart. Still, I kept going. Forever would I keep going. Keep going, Qian Qian. Keep going until the hunger is gone.

This article is an excerpt from BEAUTIFUL COUNTRY © 2021 by Qian Julie Wang, published by Doubleday on September 7, 2021.

‘It was not hunger. Fear was all I tasted.’