Despite her ‘15 minutes of shame,’ Monica Lewinsky didn’t learn much about cancel culture 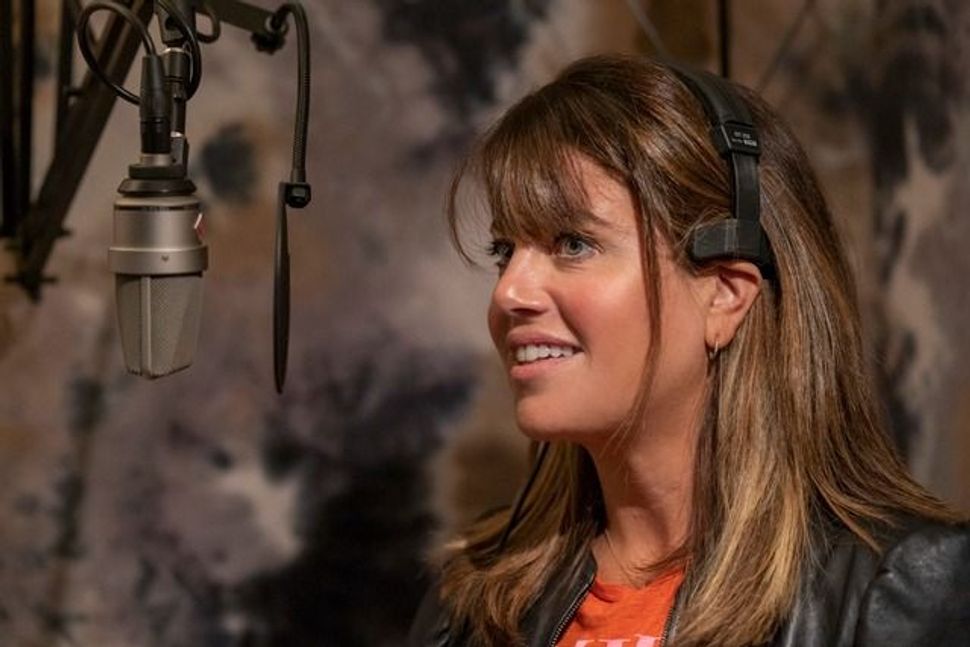 Monica Lewinsky at a mic. Image by HBO

Monica Lewinsky knows a little something about public shame. “I was patient zero of having a reputation completely destroyed worldwide because of the internet,” she says in the introduction to her new documentary, “15 Minutes of Shame.”

That’s why Lewinsky seems as if she would be the perfect guide to take viewers through the minefield of internet trolling and cancel culture. The film examines the ways social media has warped our sense of justice, asking why online mobs form, what drives them and what the fallout is for the victims they target.

Fascination with Lewinsky’s scandal is still high — in fact, it’s having something of a renaissance, thanks to the miniseries “Impeachment: American Crime Story,” starring Beanie Feldstein. But while Lewinsky executive produced the documentary and narrates large swaths of it, viewers hoping to hear her reflect on her scandal or on how she rebuilt her reputation afterward will be disappointed. The documentary uses the impeachment scandal as a hook, but it’s not mentioned after the first few minutes.

Instead, Lewinsky speaks empathically about people who have received floods of online hate, not differentiating between those who kind of deserved it and those who absolutely didn’t.

Remember that guy, early in the pandemic, who was hoarding hand sanitizer, reselling it at an enormous markup? He’s featured first, explaining that he was simply trying to support his family and criticize Amazon’s price inflation. There’s a white woman who made a kind of tasteless joke about Trump supporters not deserving ventilators. Next, a Latino man who was fired after a Twitter mob insisted he was using a white supremacist hand sign; he says he was just stretching his fingers. A Black student at American University was threatened by white supremacists when she was elected as the student body president.

In between, psychologists, historians tech researchers and writer Roxane Gay hold forth on the topic, sometimes with facts and sometimes meandering opinions. They cover everything from the positive role shame has played in human evolution to Article 230, which absolves tech companies of any responsibility for what their users post, all agreeing that social media encourages users to run amok, drunk on their own power and desire for schadenfreude.

But if you think a Black student being flooded with racist slurs by white supremacists seems like a very different issue than the hand sanitizer guy receiving nasty comments, you’d be right. The documentary can’t quite decide if it’s castigating social media users for jumping to conclusions or whether it’s concerned that extremism is flourishing.

These things are both bad, of course, but it’s dangerous to elide the way the internet and social media allows violent hate groups to target individuals and the way it enables people on Twitter to blow a relatively innocent mistake out of proportion, even if it destroys careers and reputations along the way. There’s a difference between overly harsh professional consequences for an offensive comment and physical harm from a violent group because of one’s race.

In a way, while Lewinsky’s own story is largely absent from the documentary, her presence muddies its waters. It’s not clear that Lewinsky really was “patient zero” for internet shaming; the examples of her scandal’s virality are largely culled from late-night talk shows and print newspaper headlines; the internet was a very different place in 1998, still relying on slow dial-up connections and blessedly devoid of social media. She certainly experienced public shame, but in a very different form than any of the people she features.

Had “15 Minutes of Shame” focused on the impact of social media on online mobs, examining whether cancel culture’s victims deserve their punishment, Lewinsky could have provided significant insight. But when the film added in white supremacy, it left her area of expertise; Lewinsky, notably, did not encounter much antisemitism or racially-motivated hatred during her moment in the spotlight. Cancel culture and racism operate quite differently. The latter has nothing to do with shame; that’s hate.

All of these issues — cancel culture, extremism, hate speech, rabid social justice mobs — are related, part of the same churning chaos of the online ecosystem, but the documentary doesn’t quite figure out how they connect.

The overall argument here seems to be the rather self-evident truth that the internet makes us worse people. We don’t need a documentary to make that point — simply look at how delighted many people were when Facebook was down this week. But looking at Lewinsky’s experience, we were like this before social media, too.

Despite her ‘15 minutes of shame,’ Monica Lewinsky didn’t learn much about cancel culture