At the Cloisters, an oddly-shaped window reveals hints of Jewish life in medieval Spain 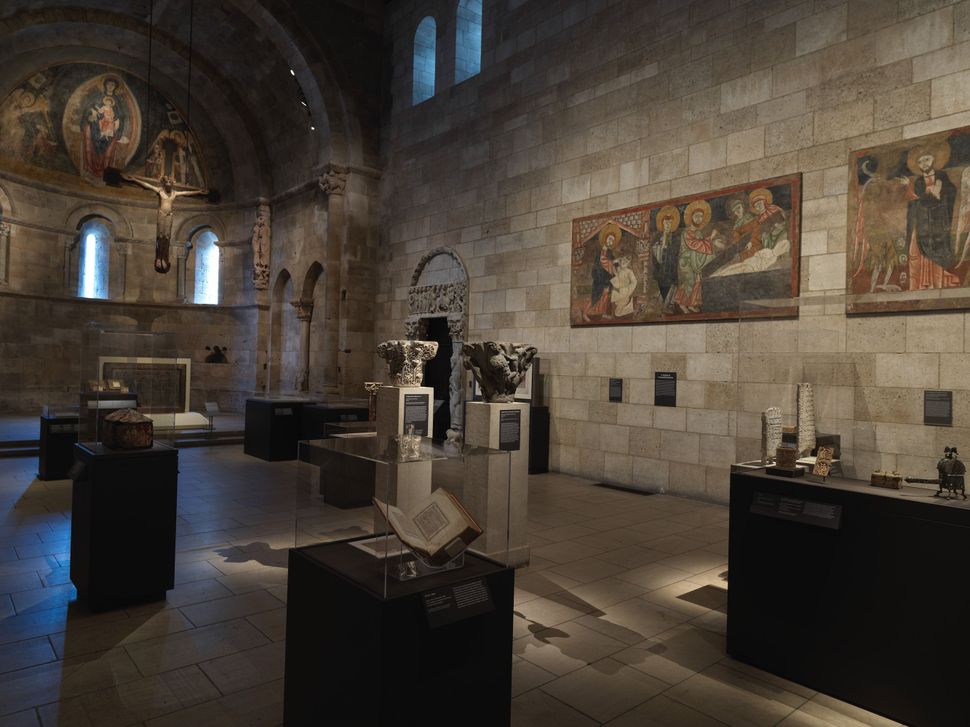 Sometime in the 900s, a Spanish monk named Maius painted his version of Jerusalem.

Rendered on vellum in precise detail and luminous color, the painting tells a very Christian story, imagining the harmonious city that might emerge after the Day of Judgment. But with its horseshoe arches, distinctive crenellations and tall flying buttresses, this ideal Jerusalem looks a lot like the very real Spanish city of Córdoba.

At the time, Córdoba was the capital of Muslim Spain and home to some of the most magnificent architecture Maius could have seen with his own eyes — including its crown jewel, the many-arched Great Mosque. Maius’ Christian metropolis was likely inspired by a Muslim house of worship.

The manuscript that houses Maius’ painting, a book of commentary on the apocalypse prophesied by the New Testament, belongs to the Morgan Library. But I saw it far uptown, at the Met Cloisters.

An outpost of the Metropolitan Museum, the Cloisters focuses on medieval European art — which, until now, has meant Christian art. But a new exhibit, “Spain, 1000-1200: Art at the Frontiers of Faith,” which opened at the end of August, aims to buck that trend. A collection of objects that straddle different faiths, the exhibit illustrates the intermingled histories of Spain’s Christian, Muslim and Jewish communities.

I would never have noticed the Córdoba connections in Maius’s manuscript without the careful eye of curator Julia Perratore, who specializes in the art of the medieval Iberian Peninsula and spent the past two years organizing “Frontiers of Faith.” But once she started pointing them out, they were everywhere.

Nearby fragments of Islamic gravestones featured carved arches, this time representing the mihrab, a prayer niche that points worshippers in a mosque towards Mecca. In an intricately wrought incense burner designed to look like a palace, elaborate crenellations gestured at the ease and splendor of courtly life. And an illuminated page in a 14th-century Hebrew Bible showed text encased by similar horseshoe-shaped windows. Perratore said the artistic choice may have illustrated “the idea of the Bible as the sanctuary of God,” a concept that would have been familiar to many Spanish Jews. 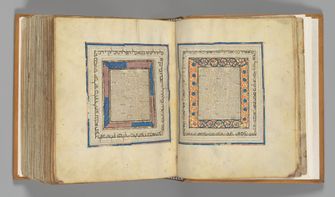 A 14th-century Hebrew Bible is on view at the exhibit. Image by Courtesy of the Metropolitan Museum

The period covered by the exhibit was in many ways a bloody one for Spain. Ever since the Umayyad dynasty conquered large swaths of the Iberian Peninsula in the 700s, Muslim societies had thrived in southern Spain. Now, fractious Christian kingdoms to the north were expanding their borders at the expense of their neighbors. By 1236, Córdoba, once a cosmopolitan center of Islamic culture, would fall to Ferdinand III of Castile. As Christian monarchs consolidated control over Spain, they imposed Catholicism on their subjects by any means necessary, driving the region’s Muslims and Jews into exile or hiding.

But while the borderlands between Christian and Muslim zones could be violent and bloody, in the medieval period they were also “places of contact,” Perratore said. Diplomatic relationships between regions allowed Christian artists and their patrons to imitate the lavish textiles, architecture and metalwork they encountered in Muslim societies. Non-European animals like camels appeared on monastery frescoes (one such creature is on view at the exhibit) and bustling trade networks mean that Islamic objects might end up in Christian spaces: A bejeweled panel created for a Spanish convent and on exhibit at the Cloisters features a sapphire inscribed in Arabic with four of the 99 Beautiful Names For God. 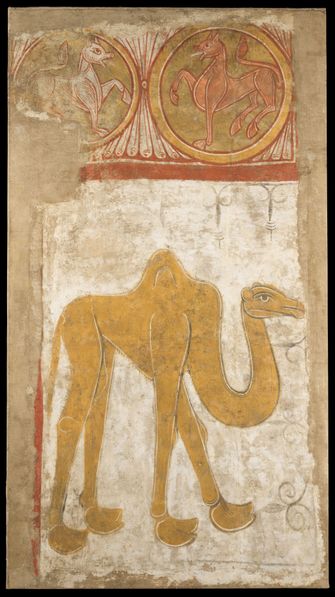 Camels like this one came to Spain from North Africa, and were probably familiar to Christian residents despite their faraway origins. Image by Courtesy of the Metropolitan Museum

Whether they lived in Christian or Muslim regions, Jews were a minority in medieval Spain, and there’s little explicitly Jewish art in the exhibit. In part, Perratore said, that’s because Jewish objects have survived the century in far smaller numbers than Christian or Muslim ones. It’s also a product of pandemic-related constraints: Most of the objects come from the Met’s permanent collection, and Perratore was only able to secure loans from other institutions in the New York area. (For that reason, she quipped, although the exhibit focuses on Spain it’s also “a nice local show.”)

Aside from the 14th-century bible on display, the exhibit also features a letter by the philosopher Judah Ha-Levi, who wrote to a friend in 1125 of his fervent desire to leave exile in Spain and travel east to Jerusalem.

Nevertheless, “Frontiers of Faith” is something of a milestone for the Cloisters. The exhibit is housed in the Fuentidueña Chapel Gallery, a space that features the actual apse of a 12th-century church in Fuentidueña, Spain. (A long-term loan from the Spanish government, the apse was disassembled in Spain and shipped to the institution in the 1940s.) Until now, the gallery has only displayed Christian art. Perratore hopes that “Frontiers of Faith” will represent medieval Spain more accurately.

“I wanted people to come into this gallery and understand a fuller picture of time,” she said.

At the Cloisters, an oddly-shaped window reveals hints of Jewish life in medieval Spain