The stories behind the art on my (and your) walls 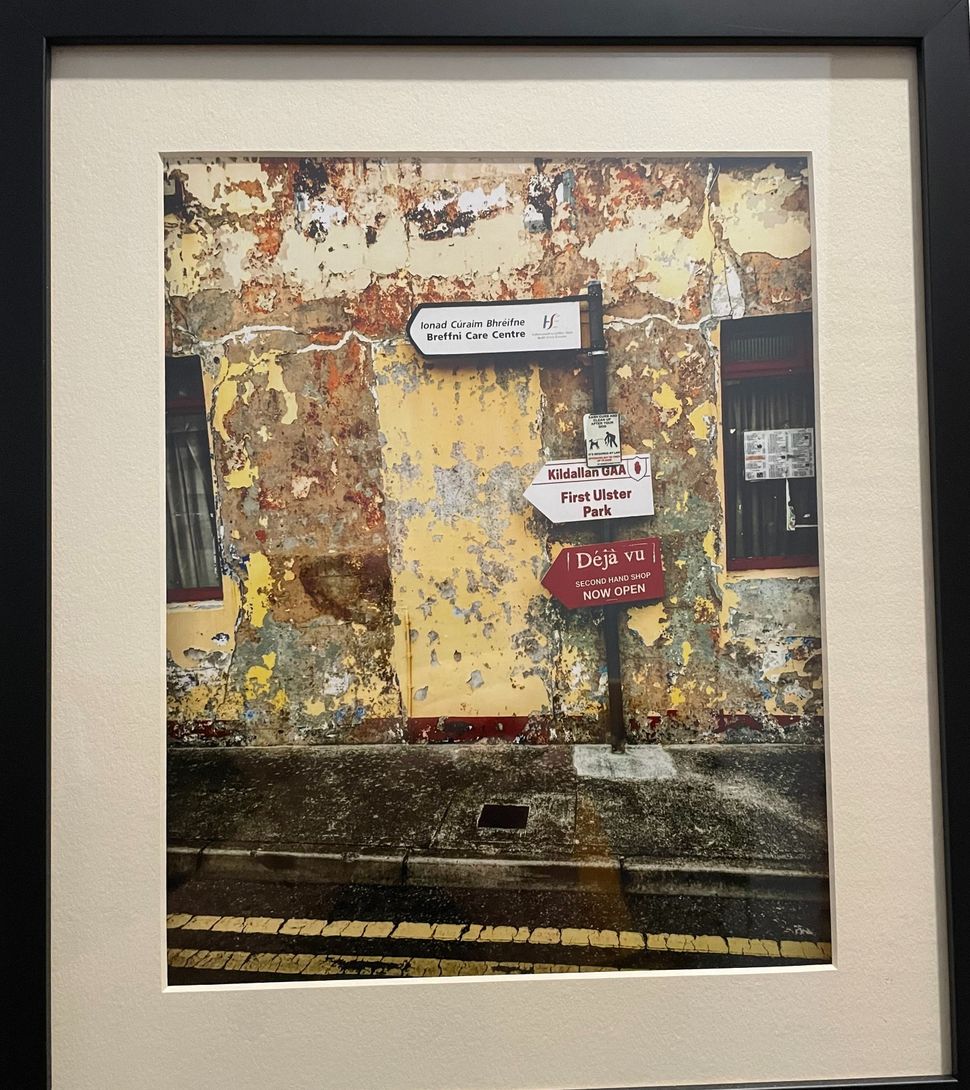 Irish cityscape: This photo was taken by Bronx-based artist and writer Jordan Moss. By Jordan Moss

From my desk, I can see a cloudy blue sky. Below it, the Catskills in autumn — lavender mountains and an empty stretch of road beside the water.

Lower down, a spoonbill contemplates the water below him. Maybe he’s looking for a fish.

Some distance away, unfazed by the incongruous presence of autumn mountains and winter spoonbill, a seal squares off with a penguin. The seal —one flipper up, one down — stares at the penguin, who seems to be trying to say something. Something, maybe, a little rude.

Like, for example, “what are you doing in Ireland? You don’t belong here.”

Earlier this year, when travel was even more annoying and risky than it is now, I found myself visiting other worlds through art. It helped me to imagine myself elsewhere even when I had barely moved at all. The works I bought, still framed on my walls, took me to upstate New York, to a random coast somewhere (I like to imagine it’s in South America), even to Antarctica.

The people who made this art are not only immensely talented, they’re also friends of mine. Friends — one of the things I’ve been missing in this past year and a half. Buying their art — a new way to stay in touch. 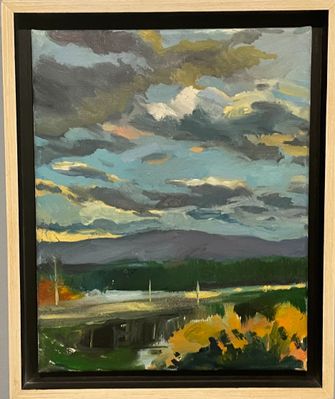 Catskills: This untitled landscape was painted by the author and graphic novelist Anya Ulinich. By Anya Ulinich

The painter of the upstate landscape is Anya Ulinich, a graphic novelist, author of “Petropolis” and “Lena Finkle’s Magic Barrel.” And also, the former deputy art director of the Forward. 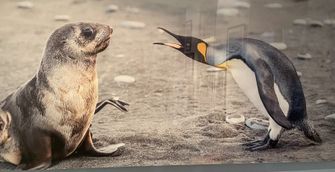 The penguin and otter are the work of Jad Davenport, a former war photographer, who currently shoots for National Geographic and is one of the most fascinating and decent people I met in college. He once asked me if I’d join him on a flight in a military plane over El Salvador. I can’t decide if I regret not going. 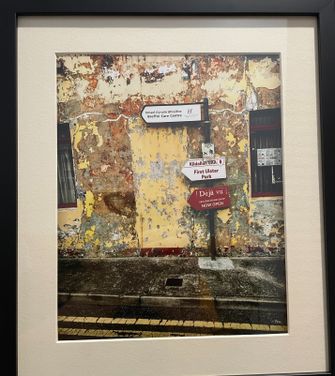 Irish cityscape: This photo was taken by Bronx-based artist and writer Jordan Moss. By Jordan Moss

This photograph of street signs was taken by Jordan Moss, another old friend from college who took it while he was in Ireland. A few years back, we profiled Jordan’s dad, Jay Moss, a sculptor and a veteran of World War II. 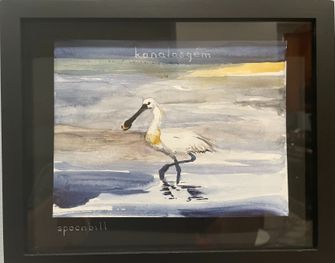 Spoonbill: This painting by Kurt Hoffman depicts a rather contemplative coastal bird. By Kurt Hoffman, facebook

And that spoonbill? That’s Kurt Hoffman’s work. If you look closely at the painting, you’ll see the word “spoonbill” translated into Hungarian, part of a series Kurt has been doing as he studies Hungarian and illustrates the words he learns. You may know Kurt’s name from his music career or his long stint as art director of the Forward. More recently, you may have heard him on this podcast about They Might Be Giants.

I’d been wondering if this was a new thing for me — maintaining friendships and journeying to faraway lands through the art on my walls. But then, that’s how I grew up — surrounded by my dad’s paintings. And others by a friend of his, a Word War II vet named Louis Katnic who painted flowers, race cars and Mount Fuji in Japan.

All of which got me thinking — how many people have been traveling at home through the art they look at every day? What are the artworks that move you? Maybe it’s not an original Chagall. Maybe it’s a painting by your children or grandchildren. Maybe it’s a painting of yours, something that reminds you of a place you went one time. In real life, or maybe only in your mind.

So, tell us about the art that’s in your home. Send a picture of your favorite work to [email protected] And tell us a story about it. Who made it, where do you display it in your home, why is it important to you? We’ll gather the stories and the pictures. And we’ll showcase them here — along with all the other works we’ve been showcasing at Forward with the Arts.

And then, maybe we’ll all be able to travel the world just by looking at each other’s art.

Adam Langer is the Forward’s senior editor. “Cyclorama,” his next novel, will be published in 2022. Contact him at [email protected]

The stories behind the art on my (and your) walls