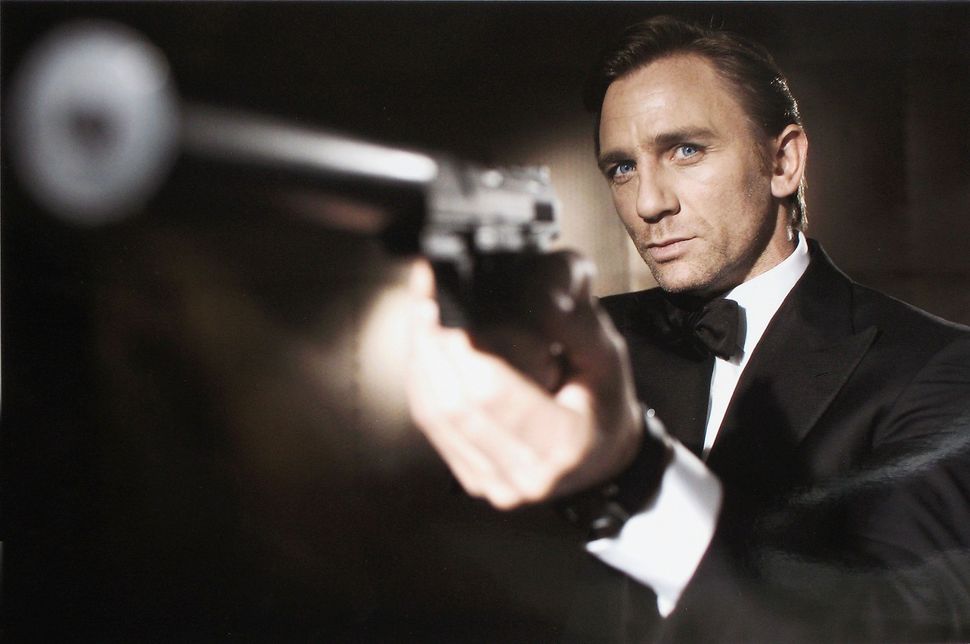 There is a scene about halfway through “No Time To Die,” the latest James Bond movie, where Bond is trapped in a locked room on a sinking boat in the middle of an ocean. Like everybody else in the theater, I had no doubt he would escape. This is a film that opens with Bond evading, on foot, multiple murderous cars chasing him down a narrow road above the ancient walls of Matera, Italy.

This is a character we’ve seen, in “Casino Royale,” restart his own heart after being poisoned and then continue a poker game. James Bond might suffer tragedy, witness death, or let the bad guy escape the first time around. In the Daniel Craig movies, he might even get injured in the course of action. But we all know that eventually the bad guy will be caught and the world will be saved — James Bond will always reward our faith in him.

I think the Bible wants me to believe in God the way I believe in James Bond.

As I was leaving the theater that night, I kept thinking about how much the pleasure of James Bond movies — not unlike series anchored in comic book heroes or infallible detectives, doctors, and lawyers — is bound up in the pleasure of living briefly in a world where we do not need to question our faith. James Bond will avert world destruction; Sherlock Holmes will spot the critical clue; Dr. House will make the life-saving diagnosis; and Wonder Woman will save the day. We do not need to tangle with doubt. These types of characters allow us to inhabit a world of action, suspense, and the reality of evil with the safety net of faith. It’s part of what makes them so fun. And, it’s one part of what, I suspect, makes a life of religious faith so appealing.

I’ll admit that I came to this latest Bond film with reservations. “No Time To Die” is the fifth and final movie for Daniel Craig, who has played Bond for the past fifteen years in a run that has produced “Casino Royale,” “Quantum of Solace,” “Skyfall” and “Spectre.” Craig has been widely praised for his rugged and physical interpretation of the character — his James Bond gets bloody, sweaty, and rumples his suit. He gets injured. He is betrayed by a woman he loves. He doesn’t always recover instantly.

This portrayal, closer to the emotional world of the original Ian Fleming books, is far removed from the campy, gadget-filled films peppered with snappy one-liners and spotless tuxedos that defined the other end of the James Bond spectrum for decades. He is still James Bond, but we see the effort, the toll, of what that means.

I love Daniel Craig as James Bond, but I feared that the new film would lean too hard in this direction, and give us a Bond more has-been than hero. There have been moments where the Craig films seem too eager to knock Bond off his pedestal. “Skyfall,” in particular, opens with James Bond shot off a train speeding over an ocean. When he ultimately returns to headquarters, he is alive but in poor form; the bullet wounds have left him weakened and unable to shoot with precision. He seems overwhelmed by the technological sophistication of the latest enemy threat, and there is a running theme that “sometimes the old ways are the best.”

I followed this arc with skepticism: Who wants a Bond, known for being at the cutting edge of gadgetry, so easily befuddled and upstaged by new technology? I worried that “No Time To Die”— part of which was written by Phoebe Waller-Bridge, best known for her wry and confessional series “Fleabag” and featuring a new 007 who has replaced Bond — would further embrace these themes of uncertainty and obsolescence.

I don’t know that I can demand of God what I demand of James Bond, but I was struck by my own reservations about entering a movie where Bond could let me down. I know the stakes of being disappointed by a movie character are, shall we say, considerably lower than the stakes of having one’s religious faith rattled.

Obviously, my faith in God is not as infantile as my love for a fictional character. But the desire to encounter a character who would not fail felt familiar, not unlike the appeal to past actions as reason for future faith that we see again and again in the Bible.

Moses often returns to the previous miracles of God when instructing the Israelites to keep the faith. “Do not be afraid of [the more numerous nations]. Remember well what the Lord your God did to Pharaoh and all of Egypt. The great trials you saw with your own eyes, the signs of wonder, the mighty hand and outstretched arm through which the Lord your God took you out…” (Deut. 7:18-19). In other words, God has come to our aid before, and so God will again. God will not fail us. It’s a narrative the Israelites eventually internalize, such as in Joshua 24:16.

It’s an argument for faith that has been woven into Jewish theology ever since. Of course, this is a faith based on evidence and won over by logic, which works for movie franchises with controlled plots and crafted endings but is hardly the kind of faith rewarded by the real world. Still, it’s a reminder that James Bond, a franchise with a moral ethic absolutely nobody should follow, nonetheless speaks to the human desire to live in a world of heroes, where justice is served and the miraculous is possible.

For all my fears, the movie does not disappoint. “No Time To Die” does fully embrace the gritty, human Bond that “Casino Royale” introduced, but the character always remains in control of his choices. He does what he needs to do, with all the dignity we would expect and want from James Bond. I won’t reveal any spoilers, but it’s a great addition to the James Bond world, with some real narrative risk-taking that does not break with the strengths of the character. Our faith in James Bond remains stirred but not shaken.