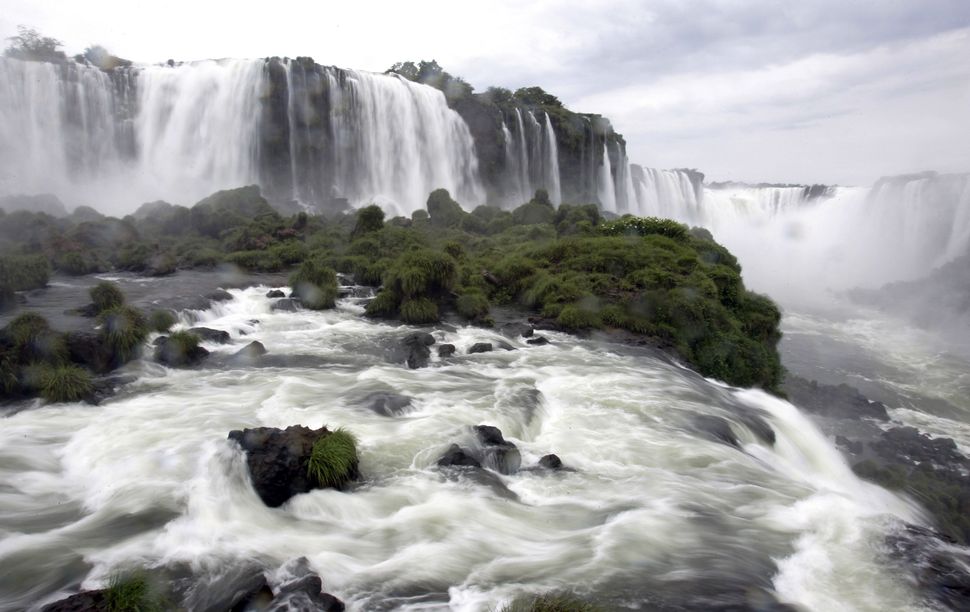 Brazilian Photo-Op: A partial view of the Devil’s Throat at the Iguazu Falls, from the Brazilian side of the Iguazu River. By Getty Images

Manoela Carpenedo, a native of Southern Brazil, is an anthropologist and sociologist of religion. Her latest book “Becoming Jewish, Believing in Jesus: Judaizing Evangelicals in Brazil” (Oxford) analyzes the allure of Jewish history and observance for groups of Christians in South America, where around 8000 Christians across Brazil in a network of Pentecostal churches have adopted Orthodox Jewish customs. She spoke with Benjamin Ivry from the Netherlands, where she is a postdoctoral fellow, about why Yiddishkeit has become increasingly important for people in Latin America as well as in Asia, Africa and Oceania. 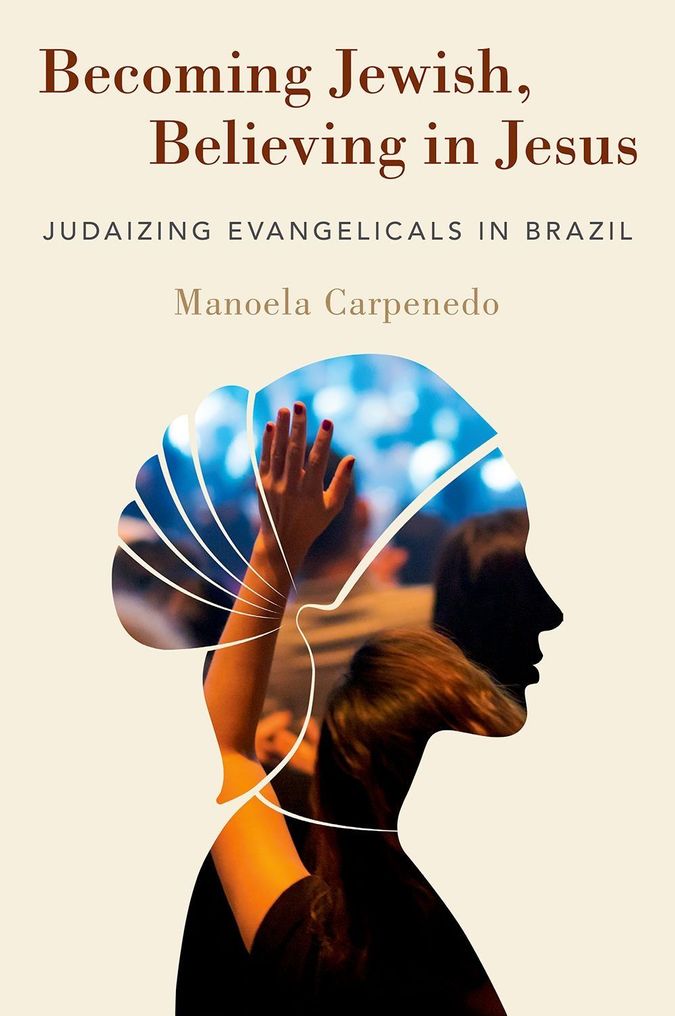 You’ve studied communities of Brazilians who while still believing in Jesus, have adopted Jewish rituals such as building mikvot in backyards, eating kosher food, and having women wear tichels (headscarves). Yet they show no “interest in converting to or being recognized by mainstream Judaism.” Instead, they seek to spread the “Judaizing truth” to fellow Christians. So these groups do not care what Jews might think of them?

No, for theological reasons, they are still sticking to Jesus. They think they can contribute to Christianity by reforming the deformed types of Christianity found in Pentecostal worship through Judaism.

What would happen if these communities were encouraged by people in the established Jewish community to formally convert to Judaism?

They are very interested in Jewish culture in general and the notion of nurturing its intellectual background, because Pentecostal worship is usually seen as anti-intellectual, more charismatic. They are creating something very different, along the lines of this intellectual cultivation.

Since public dancing is done every Shabbat by these groups, learned from videos of Hassidic dance posted on Orthodox YouTube channels, how much of this phenomenon is a Brazilian national taste for festivities, and how much the result of online influencers promoting Jewish culture?

Yeah, I think this charismatic element is very important for them, and the music and dancing connects them to their Pentecostal past. At the same time, they learn the music and have songs from the internet, but are doing something very original in terms of colors and performances. They recombine elements of contemporary Brazilian culture with traditional Jewish ways of dancing. So it’s a mix. They say, “We don’t want to copy the Ashkenazi Jews, we are Sephardim. We like to wear colors.” Some of the women wear sandals to go with the Brazilian climate.

In opting for stringent religious activity, why didn’t they choose Christian alternatives like Jansenism was for French Catholicism?

This is the question I tried to answer in the book. It’s fascinating. They could have decided to be Seventh Day Adventists or even a very strict Pentecostal church, but the idea of a Jewish collective memory, with a connection to the Marrano past, is very curious. My argument goes that on the one hand, they are reforming Pentecostalism through Judaism, and on the other, they have this ethnic identity that they want to combine and hold on to as a revival and reform.

The historian Tudor Parfitt has asserted that the number of people who believe they are descendants of Jews is almost equal to the number of Jews counted in official international censuses. This development is rapid and accelerating in Brazil and elsewhere. What is the rush? You refer to the end of days. Could this be an expression of a feeling that the apocalypse is near, as nature is destroyed in the Brazilian rainforests?

They have an urgent way of understanding the Bible and Judaism as something connected with the end of time. They are somehow resuscitating their Jewishness while bringing other Christians to it. They believe that in Brazil, everyone is somehow Jewish at a certain level. So whether people are 75 percent Jewish or 5 percent, everyone must embark with this and believe in the Torah.

For Passover seder, the Judaizing Evangelicals recite from the Haggadah, and follow traditional customs, but add mentions of the Last Supper in which Jesus, whom they call Yeshua, celebrated the Passover meal or the Seder of Yeshua. Yet Jesus here, you state, is “not considered the Son of God, [but] is remembered according to his Jewishness in honoring and teaching them how to observe the Passover…The community’s adherence to the Jewish laws is more important than emulating the life of Jesus.” How can they be Christians if they don’t see Jesus as the son of God?

My hunch is that they are in a process of facing radical transformation. I can’t tell if I returned there now if they are still holding onto Jesus as a symbol or are just forgetting about Christianity. The leaders would insist that stopping to believe in Jesus would mean abandoning the community. I felt like I was seeing theology being made there through different evolving elements.

You cite the term “allosemitism” proposed and used by two Polish Jewish authors, the critic Artur Sandauer and the sociologist Zygmunt Bauman, intended to replace antisemitism insofar as attitudes to Jews can be “radically ambivalent.” Do Judaizing evangelicals have any negative feelings about Jews, for example Brazilians born Jewish who show no interest in cultural traditions or observance?

They think such Jews are missing the opportunity to lead fulfilling Jewish lives. They themselves really wanted to be born in a Jewish family. That is their wish. Those who can afford it do genealogical investigations and blood tests to try to trace back to see if their family came from converted Jews in Portugal.

In your book, some military and theatrical terms are used in describing how “Jewish tenets, liturgy, and even identities are being mobilized by Christians [in]… a dramatic Jewish revival… the Judaizing Evangelicals are creating dramatically new meanings and logics through their approximation of Judaism.” Isn’t Brazil intense enough a place to live in without martial and histrionic developments in religion?.

Politically, the people are quiet, but the individual process of transformation by adopting Judaism was very dramatic, full of moral torment. Tensions in these changes were very evident, with people going through a process of suddenly trying to live like Orthodox Jews. I’m Brazilian so I know that cultural diversity is a given in our context, but this was so unique, and it really surprised me when I started this project. Judaism is helping them to create new forms of worship. It’s a revival and reinvention of religion. Something is changing in the Christian world, and Judaism is contributing to it.